Editor’s note: We endeavor to bring you the top voices on current events representing a wide range of perspectives. Below is a column opposing president Trump’s Syria withdrawal. You can find a counterpoint here, where William Ruger argues it was the right move.

President Trump promised to mount a robust defense of vital U.S. interests while bringing to an end costly foreign interventions. His decision on Sunday to pullback U.S. troops from some of their positions in northern Syria unfortunately serves only to undermine both these goals. It will perpetuate, not end, endless wars. It puts U.S. competitors, not America, first.

Clarity on what the administration decision involves is critical to understanding its implications. At issue is not whether U.S. troops should be stationed in northern Syria. In fact, it would be incorrect to describe the administration’s move as a “withdrawal” from Syria. (RELATED: Turkey Launches Military Offensive In Northern Syria As U.S. Troops Leave The Region)

Rather, the original White House statement announced that “United States forces … will no longer be in the immediate area” of Turkey’s “long-planned operation in Northern Syria.” That is, the U.S. is only moving some of its troops (as few as 50 soldiers, according to a tweet from President Trump) out of parts of northern Syria. 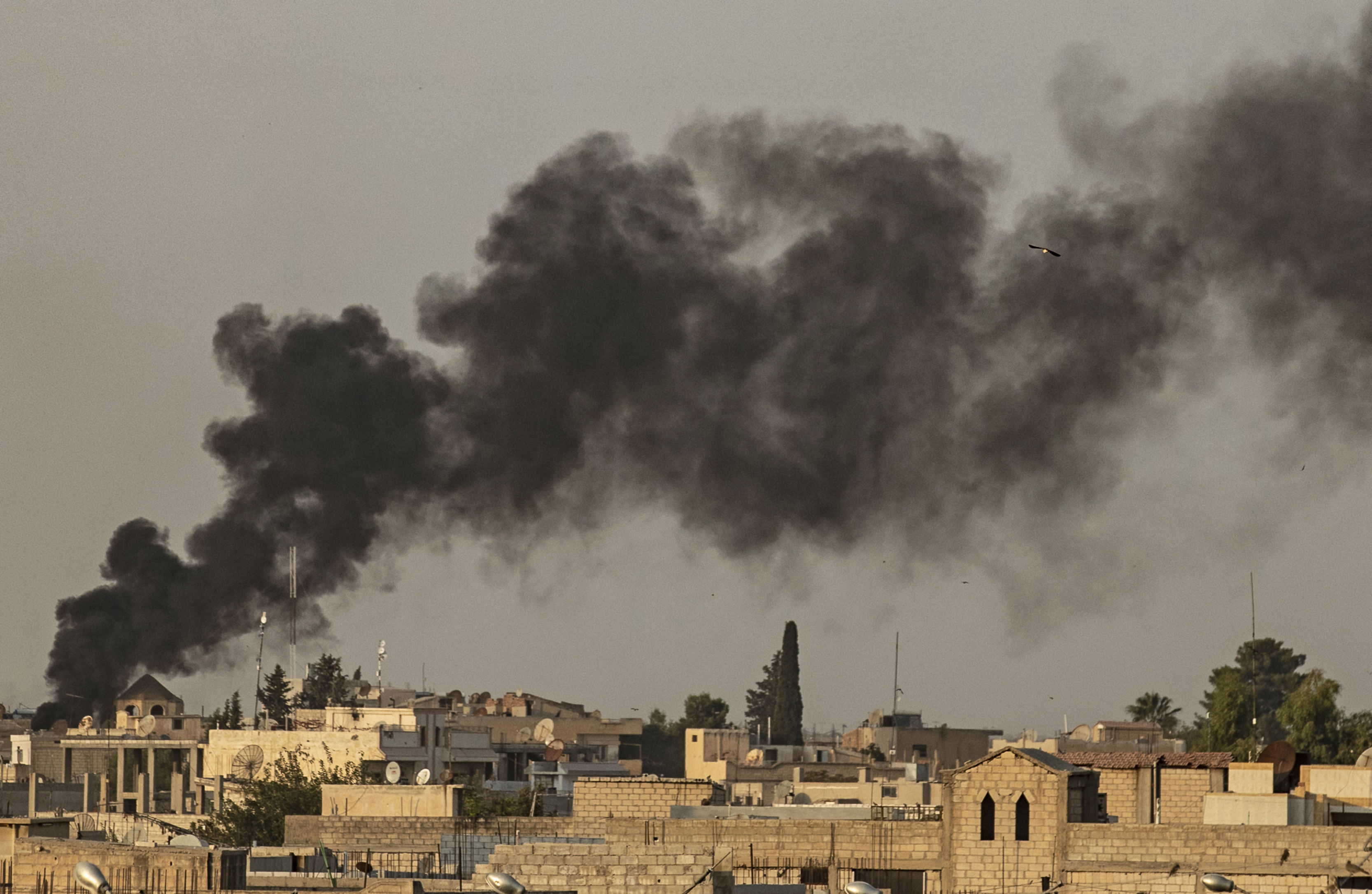 Smoke billows following Turkish bombardment on Syria’s northeastern town of Ras al-Ain in the Hasakeh province along the Turkish border on October 9, 2019. – Turkey launched an assault on Kurdish forces in northern Syria with air strikes and explosions reported along the border. President Recep Tayyip Erdogan announced the start of the attack on Twitter, labelling it “Operation Peace Spring”. (Photo by Delil SOULEIMAN / AFP) (Photo by DELIL SOULEIMAN/AFP via Getty Images)

Given that northern Syria is controlled by the predominantly Kurdish Syrian Democratic Forces (SDF), which had led the fight against ISIS on the ground, the original announcement seemed to be setting up a potential clash between Turkey and the SDF. This has since been muddied, however, by presidential tweets that have both warned Turkey against invading northern Syria and reaffirmed U.S. support for the Kurds.

The question, thus, is whether moving 50 soldiers in order to get out of the way of a potential, but apparently undesirable, Turkish-Kurdish conflict, furthers American interests. It is hard to see how it does.

First, this decision does not, by itself, end the U.S. presence in Syria. If the goal is to end endless wars by bringing U.S. troops home, this does not accomplish that. (RELATED: Here’s What Republicans Are Saying About Trump’s Decision To Pull Troops From Syria)

Second, the U.S. presence in Syria is not a costly, unending foreign intervention, as Iraq and Afghanistan have been. There are some 1,000 U.S. troops in Syria today, compared to 100,000 in Afghanistan and 160,000 in Iraq at the height of those conflicts. Exact costs are hard to come by, but educated estimates suggest that in 2018 the military spent roughly $120 million each month on U.S. forces in Syria. And that was before the president halved the number of troops there in early 2019. In other words, to keep troops in Syria for a year, the U.S. is spending roughly the equivalent of what it spends on Social Security in just 12 hours. In terms of human cost, a total of 8 service members have died in the more than five years that the U.S. military has been operating in Syria.

Third, for this small, but not insignificant, cost in blood and treasure, the United States was getting a lot of bang. It had recruited a local force to destroy ISIS. It was keeping ISIS from returning the territory it once held. It was keeping Iran, Hezbollah, Russia, and the Syrian government from seizing control of critical oil-producing regions which would have fueled their campaign of regional aggression. And, apparently with just 50 troops, it was staving off a Turkish-Kurdish war. 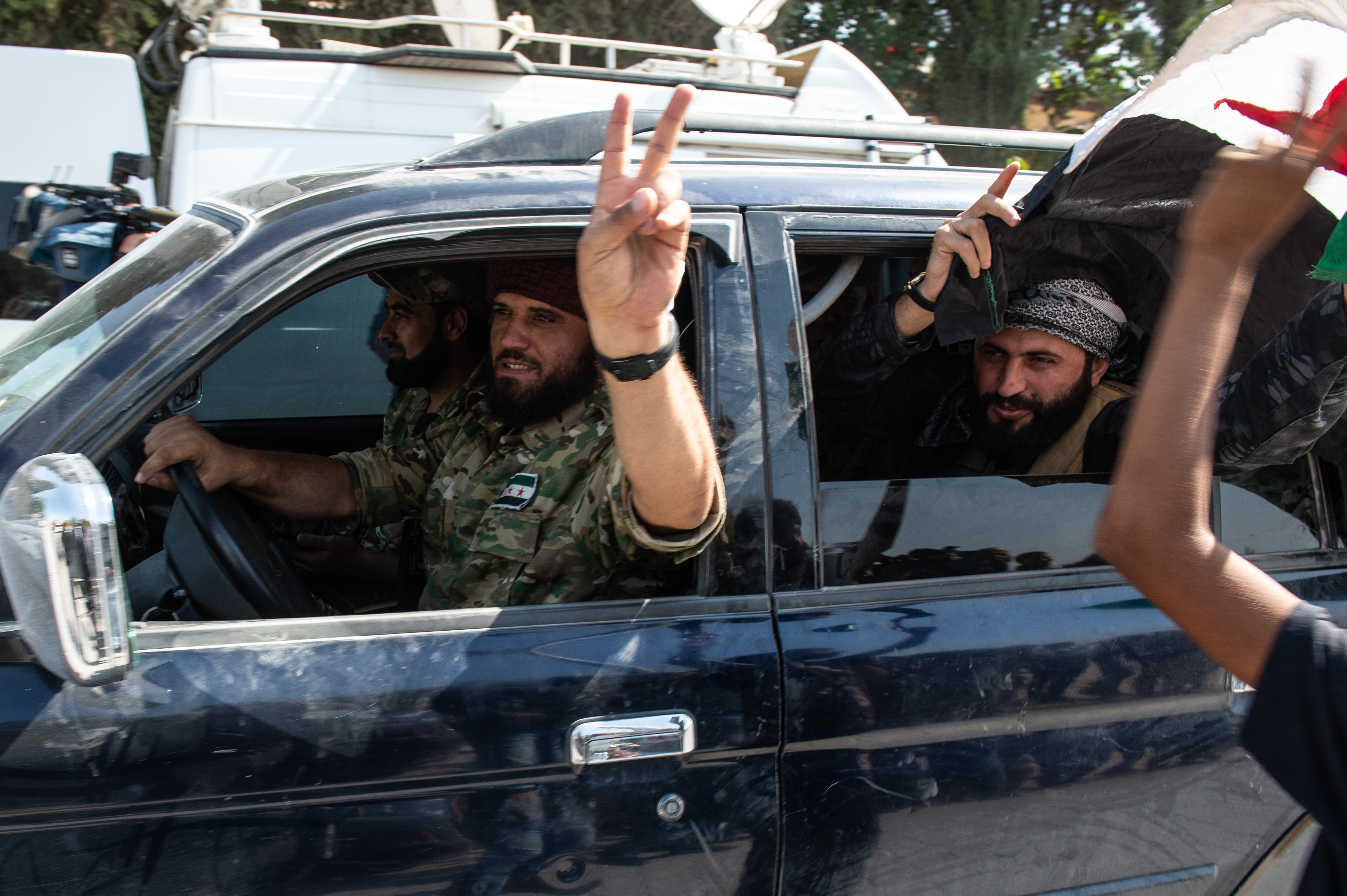 AKCAKALE, TURKEY – OCTOBER 09: Members of the Turkish-backed Free Syrian Army, a militant group active in parts of northwest Syria, patrol the Turkish side of the border between Turkey and Syria on October 09, 2019 in Akcakale, Turkey. The forces are participating in a campaign to extend Turkish control of more of northern Syria, a large swath of which is currently held by Syrian Kurds, whom Turkey regards as a threat. U.S. President Donald Trump granted tacit American approval to this military campaign, withdrawing his country’s troops from several Syrian outposts near the Turkish border. (Photo by Burak Kara/Getty Images)

Already, all these gains are unraveling. ISIS resumed attacks in Syria almost immediately. Both Turkish and Russian forces have started attacking SDF positions. And, to defend itself, the SDF has stopped guarding ISIS prisoners. Just as the US withdrawal from Iraq in 2011 precipitated the rise of ISIS, and the return of US troops, so this decision is pitching the region back into a conflict that will inevitably draw the U.S. back in.

Finally, this move puts an anti-American authoritarian, not America, first. The president’s motivation was U.S. allies’ failure to share the burden of stabilizing northern Syria and dealing with thousands of ISIS prisoners. This is a real problem. But the solution, to entrust this task to Turkey, only makes it worse. Under Erdogan, Turkey became a jihadi highway for ISIS recruits, it supplied weapons to al Qaeda affiliated groups, jailed Americans, including Pastor Andrew Brunson, and bought Russian weapons. Erdogan is no friend to America and it is naïve to believe he will protect U.S. interests in Syria rather than recklessly pursue his own, whatever the cost for the U.S.

For want of 50 troops, the U.S. is fueling the cycle of endless war and putting Erdogan’s demands ahead of American interests. It is not worth it.

Blaise Misztal is a fellow at the Hudson Institute.