“The imperative of protecting religious freedom was not just a nod in the direction of piety,” Barr said. “It reflects the framers’ belief that religion was indispensable to sustaining our free system of government.”

The attorney general said numerous measures of social decline are rising as religion recedes from public life, citing higher instances of drug addiction, mental illness, and suicide. Those outcomes are not random, but the fruit of a dedicated campaign against orthodox religious belief, Barr added.

“This is not decay,” Barr said. “This is organized destruction. Secularists and their allies have marshaled all the forces of mass communication, popular culture, the entertainment industry, and academia in an unremitting assault on religion and traditional values.”

Barr said state governments and municipal agencies have been at the vanguard of that effort, noting the board of education in Orange County, California, recently decided religious dissenters may not excuse their children from portions of the school curriculum broaching LGBT issues. Schools are the usual forum for attacks on religious liberty, Barr said.

In that connection, the attorney general noted the Department of Justice recently intervened in a dispute between a gay teacher and a Catholic high school near Notre Dame. The case arose when the Archdiocese of Indianapolis directed Cathedral High School to dismiss a teacher in a public, same-sex marriage or forfeit its Catholic affiliation. The high school did so. The teacher, Joshua Payne-Elliott, sued the school in turn.

The Justice Department filed a statement of interest in the case Sept. 27, arguing that the lawsuit suppresses the archdiocese’s First Amendment right to expressive association, and impermissibly asks the court to interfere with internal church matters. 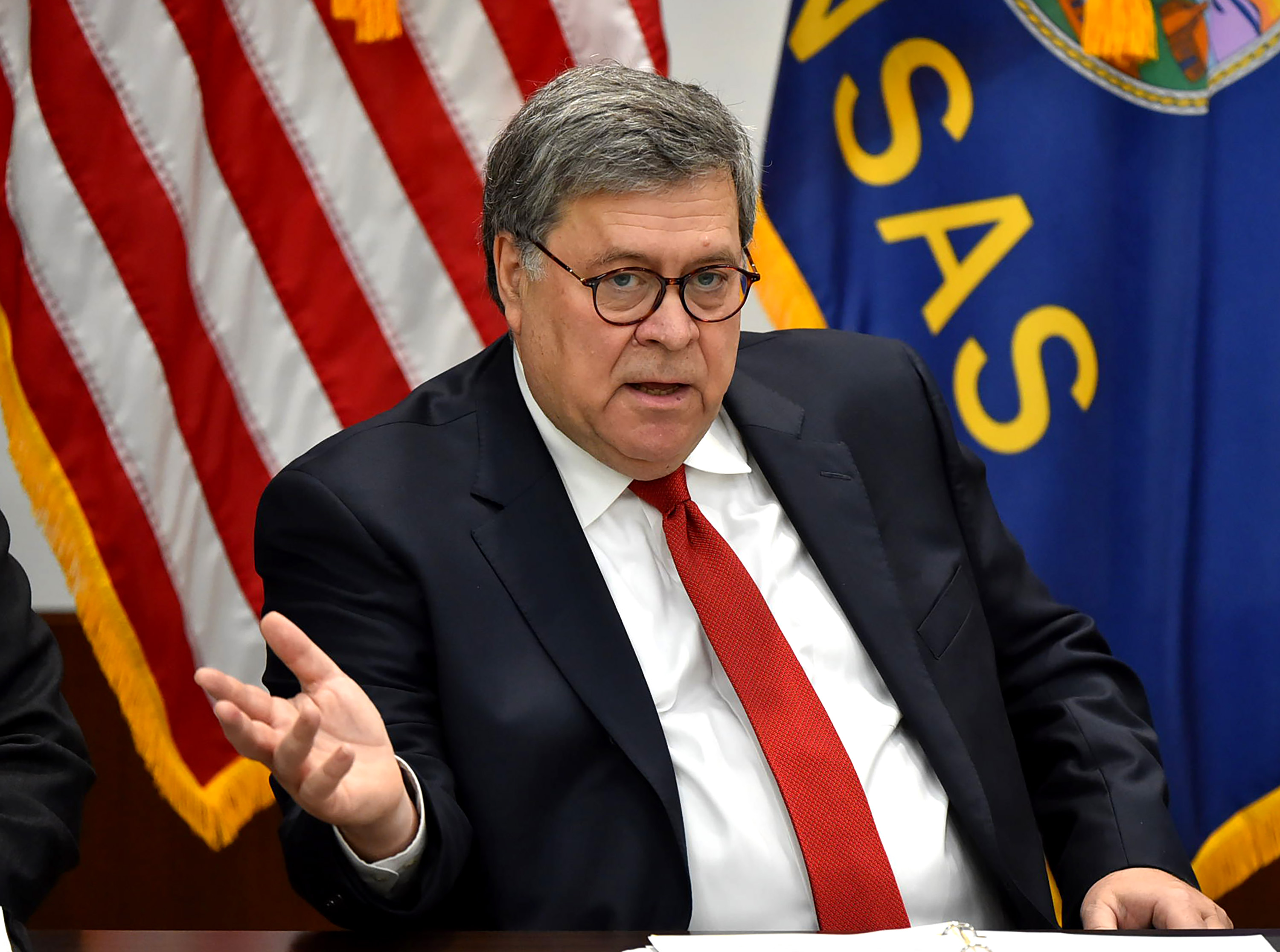 Anti-Barr demonstrators picketed near the Notre Dame campus during the attorney general’s visit, according to the South Bend Tribune. Some protesters blew whistles in reference to a whistleblower complaint from the intelligence community concerning President Donald Trump’s July 25 phone call with Ukrainian President Volodymyr Zelensky.

Trump asked Zelensky to investigate Hunter Biden’s business interests in Ukraine, and suggested Barr could support that effort. Hunter, the son of former Vice President Joe Biden, served on the board of a Ukrainian energy company called Burisma Holdings.

“Notre Dame Law School will neither endorse nor condemn invited speakers,” Cole said. “An institution of higher education must be a place where controversial ideas and points of view are expressed, heard, and discussed. This is such a place.”