GOP Sen. Chuck Grassley of Iowa asked the Department of Justice and FBI Tuesday for an update on the criminal referrals he submitted against witnesses who made potentially false accusations of sexual misconduct against Justice Brett Kavanaugh.

“When individuals intentionally mislead the committee, they divert important committee resources during time sensitive investigations and materially impede its work,” Grassley wrote in a letter to Attorney General William Barr and FBI Director Christopher Wray. “Such acts are not only unfair; they are potentially illegal. It is illegal to make materially false, fictitious, or fraudulent statements to congressional investigators. It is illegal to obstruct committee investigations.”

The senator asked for a response to his letter by Oct. 21.

Two of the committee’s four referrals concerned celebrity attorney Michael Avenatti and Julie Swetnick, a Washington-area professional who accused Kavanaugh of participating in gang rapes as a high school student. Congressional investigators pursued the matter and concluded it had no merit, Grassley’s letter said.

The Judiciary Committee referred the pair for possible prosecution after finding Avenatti and Swetnick share “a long history of credibility issues.” A second referral followed after Avenatti allegedly falsified a sworn statement to support Swetnick’s claims. Avenatti denied any wrongdoing following the referral and said an investigation would ultimately vindicate Swetnick. (RELATED: It Doesn’t Look Like Brett Kavanaugh’s Confirmation Was A Drag On The Supreme Court) 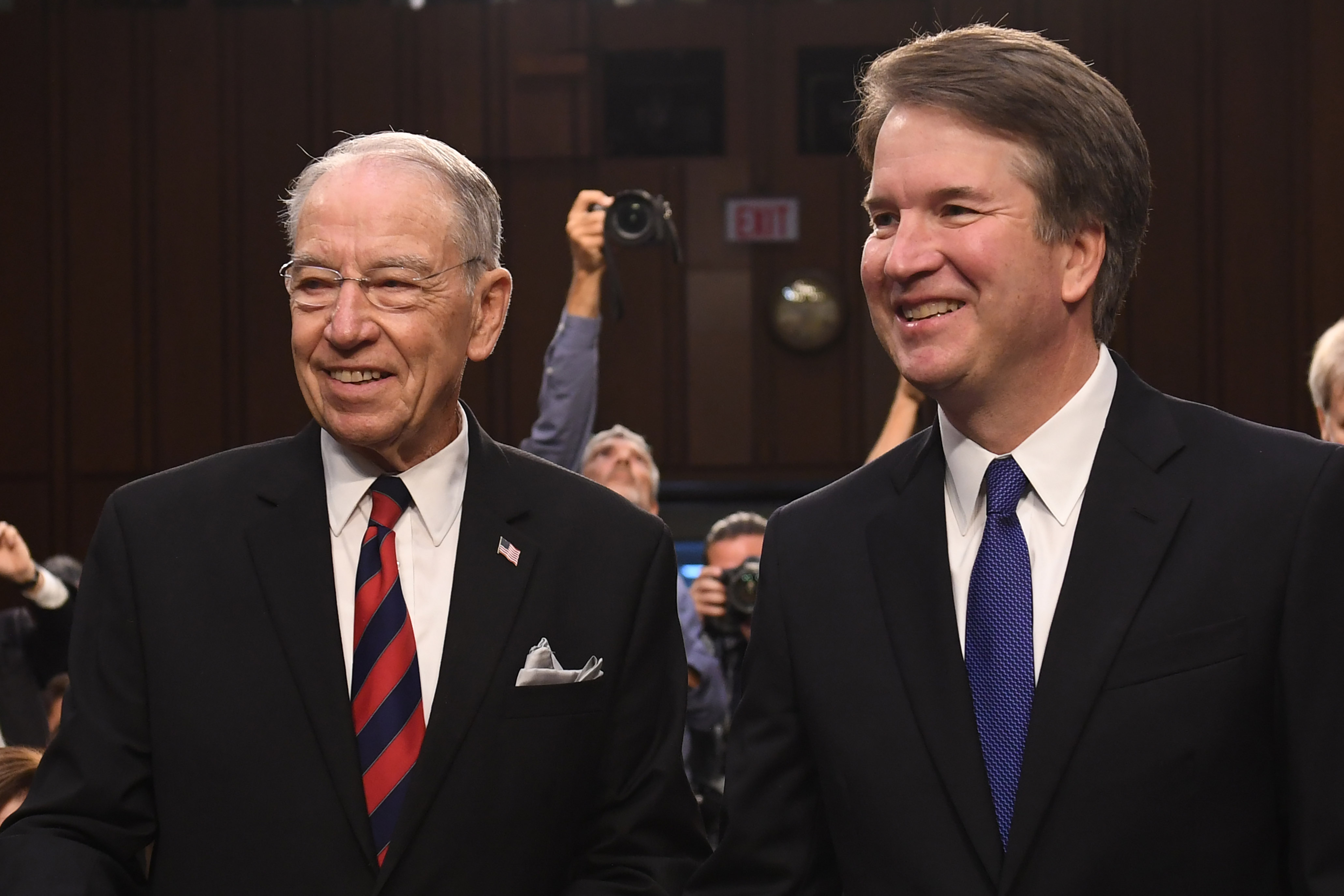 Justice Brett Kavanaugh stands with Sen. Chuck Grassley as he arrives for his confirmation hearing on Sept. 4, 2018. (Saul Loeb/AFP/Getty Images)

The other two referrals concern anonymous allegations that did not featured prominently in the Kavanaugh confirmation. The first, relayed via Democratic Rhode Island Sen. Sheldon Whitehouse’s office, involved an allegation that Kavanaugh sexually assaulted a woman on a boat in Newport, Rhode Island. The complainant, later identified as Jeff Catalan, recanted.

The fourth matter involves a similar set of facts. As with the Newport account, an anonymous accuser sent a letter to Democratic Sen. Kamala Harris of California containing graphic and disturbing allegations against Kavanaugh. A woman called Judy Munro-Leighton later put herself forward as the author of the letter to committee aides. Munro-Leighton has since conceded that she did not write the letter and merely hoped “to grab attention.”