“Last week the Equality Town Hall held by my network, CNN, plainly revealed the radicalism that drives the Democratic Party today,” Cortes wrote in an op-ed for RealClearPolitics.

Cortes argues that the Democrats aren’t simply advocating for equality, tolerance, or even acceptance of the LGBTQ community — they demand complete subservience from anybody who might have faith-based or moral objections to homosexuality or transgenderism and that these objections be totally eradicated regardless of whose freedom must disappear in the process. (RELATED: CNN’s LGBTQ Town Hall Implodes Into Accusations, Apologies And Interruptions)

But he notes that these kind of policies are not just dangerous for American democracy but “also imperil Democrats’ electoral prospects for 2020.”

Cortes rests his finger on Democratic presidential candidate Beto O’Rourke, who has moved rapidly to the left on virtually all social issues, including immobilizing people of faith who object to same-sex marriage. While O’Rourke has promised to test the limits of the Second Amendment through a gun confiscation program, “he also promotes hollowing out the First Amendment as well.” (RELATED: Harris Says Her Pronouns Are ‘She, Her, And Hers’ At LGBTQ Forum. Cuomo Responds, ‘Mine, Too’)

When asked by CNN’s Don Lemon if religious institutions should “lose their tax-exempt status if they oppose same-sex marriage,” O’Rourke hardly blinked an eye in his quick response of yes: “There can be no benefit, no reward, no tax break for anyone, or any institution … that denies the full human rights, and the full civil rights of every single one of us.” 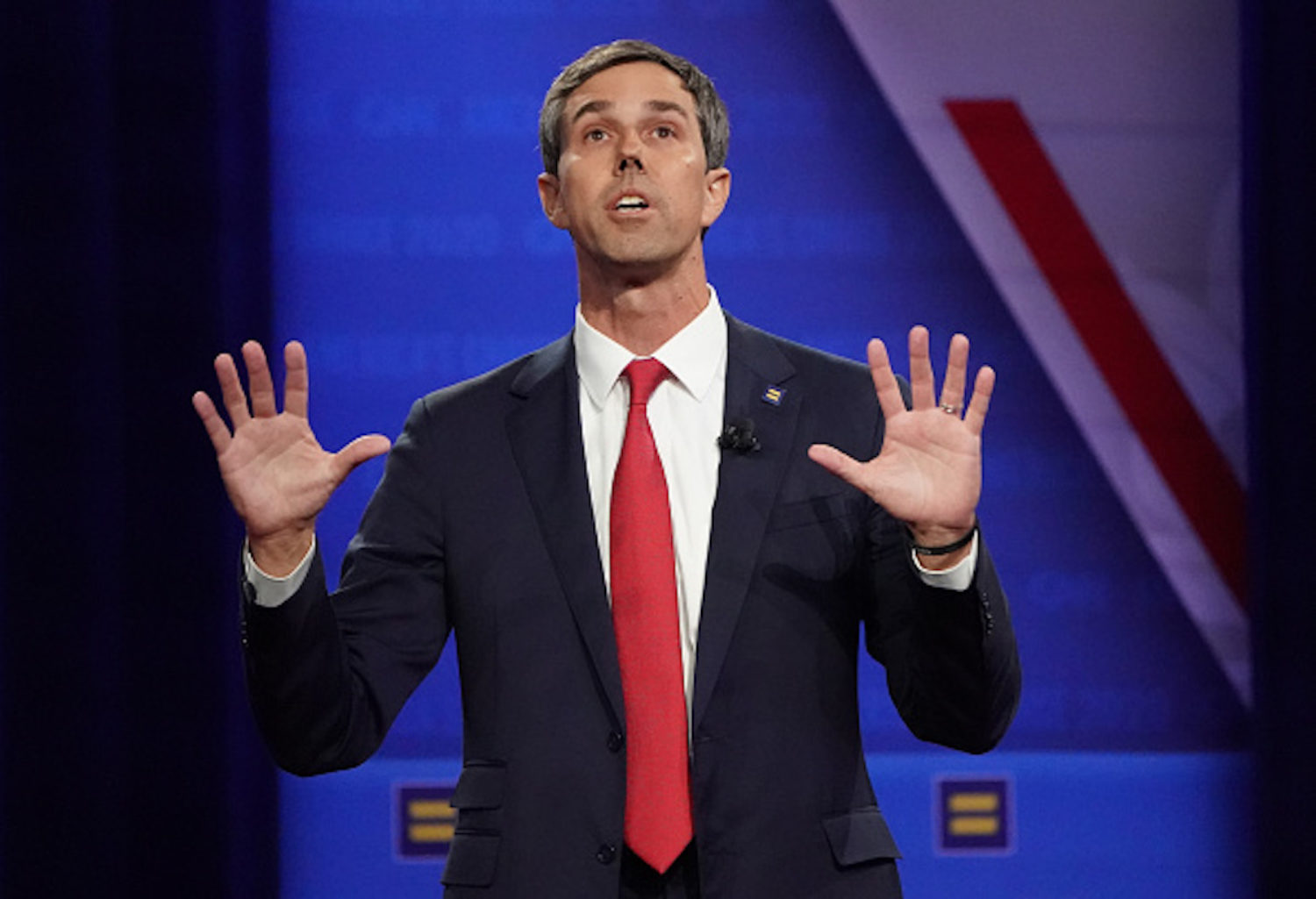 Cortes said the answer “did America a favor by stating plainly the true goal of social liberal activists: to bring private groups into full compliance with their postmodernist precepts, by compulsion if necessary.” Days later, O’Rourke confirmed that he would include mosques and black churches in his list of those losing tax-exempt status for not endorsing same-sex marriage.

Democratic Massachusetts Sen. Elizabeth Warren also showed how progressive the Democrats are on these issues. When asked about her views on same-sex marriage, Warren made a joke and suggested any evangelical voter should just go ahead and marry “one woman,” “if you can find one.”

Cortes argues that there’s the rub in this whole culture war. “Such patronizing elitism suggests that the Democrats have still learned little about Donald Trump’s 2016 electoral upset. Political correctness surely made Warren popular in the faculty lounge at Harvard, but it hardly appeals to working-class voters, especially in the upper Midwest where 2020 may well be decided.”

CNN’s outreach to the LGBTQ community was clearly not enough for some of those present. At one point, a transgender woman grabbed the microphone and began shouting about the need to emphasize “anti-blackness.”