Malvo was 17 years old when he and John Allen Muhammad murdered 12 people and injured six more during a two-month shooting spree that terrified the capital region. He is seeking resentencing under recent Supreme Court decisions that forbid life sentences for juveniles on constitutional grounds.

“If one abides by this court’s precedent, as the court of appeals did, this case is straightforward,” Malvo’s brief at the high court reads. “[Precedent] requires sentencers, before imposing life without parole on a juvenile, to consider whether the lesser culpability and greater changeability associated with youth warrant a lesser sentence. Because Malvo’s sentencers did not undertake that required consideration of his youth, he is entitled to resentencing.”

The stakes in Wednesday’s case are not as high for Malvo as they are for other offenders. Though four of Malvo’s life sentences from Virginia are before the justices, another six from Maryland are not. As such, it’s unlikely he will ever leave prison even if he prevails.

In a 2012 decision called Miller v. Alabama, the Supreme Court ruled that mandatory life sentences for juvenile offenders violate the Eighth Amendment ban on cruel and unusual punishment. The majority relied on earlier cases in which the court barred executing juveniles and sentencing minors to life without parole for non-homicide crimes.

“Mandatory life without parole for a juvenile precludes consideration of his chronological age and its hallmark features — among them, immaturity, impetuosity, and failure to appreciate risks and consequences,” Justice Elena Kagan wrote.

In a 2016 case called Montgomery, the high court said its Miller decision also applied to offenders who were sentenced before 2012. Malvo says that decision includes him, so he is now asking for a new sentence.

In Miller, the court left open the possibility of life sentences for “the rare juvenile offender whose crime reflects irreparable corruption,” but said such punishments could only be imposed after individual evaluation. Virginia seized on this point in its brief before the high court, saying Miller only forbade mandatory life sentences for Malvo and other juveniles.

In Malvo’s case, the sentencing courts had discretion to reduce his sentence to something more lenient, but chose not to. That means his case doesn’t fall within the ambit of Miller and Montgomery, Virginia argues.

“The Court’s 25-page opinion in Miller uses some version of the word ‘mandatory’ 48 times, and every sentence that is even arguably a holding (or a summary of the Court’s holding) specifically references the mandatory nature of the challenged life-without parole sentences,” Virginia’s brief reads. “The repeated expression and unusual clarity of its precise holding belies any argument that Miller actually announced a rule that sweeps much farther.” (RELATED: Companies Push Liberal Social Agenda At The Supreme Court) 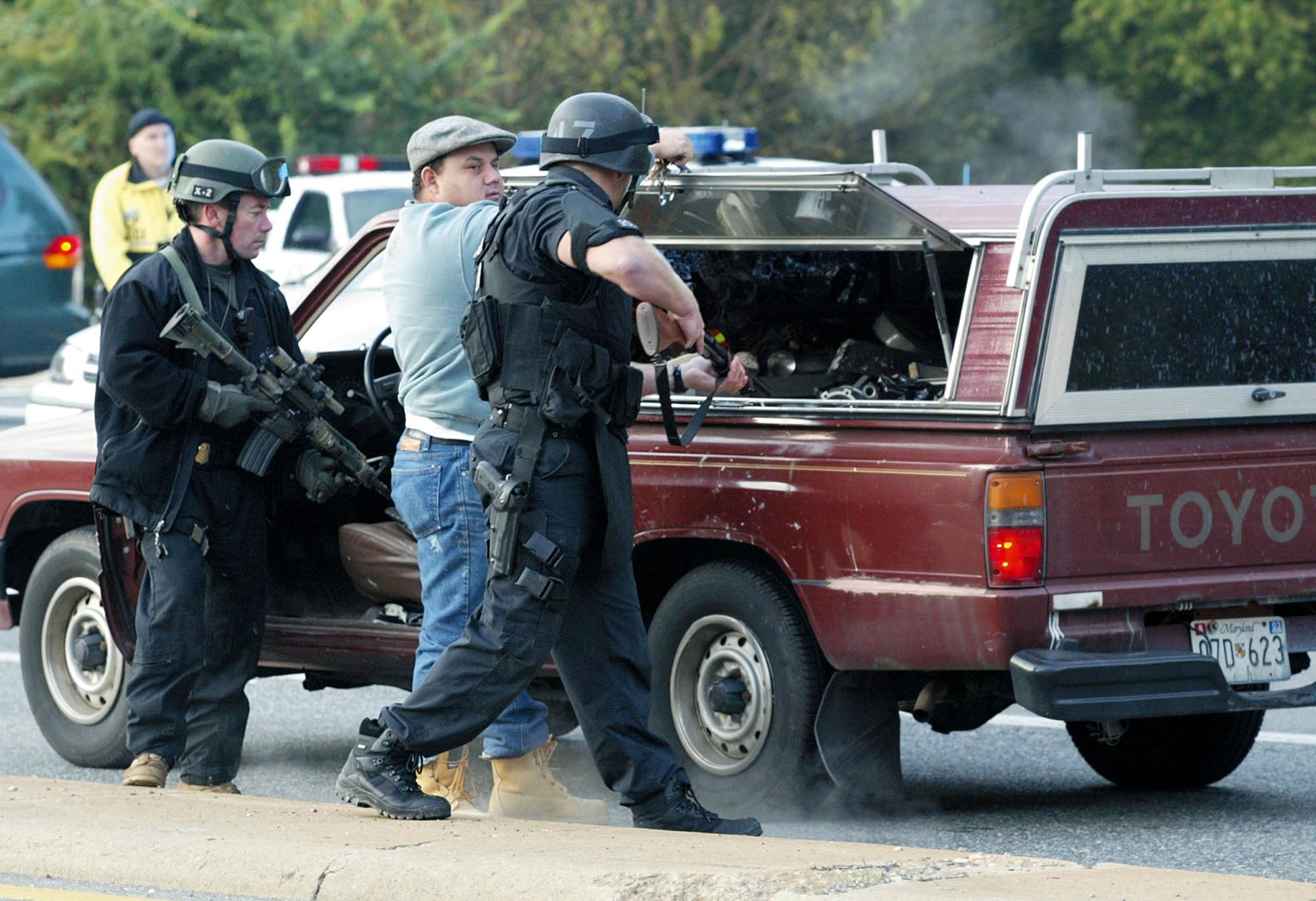 Police search a pickup truck about one mile south from the scene where the D.C. snipers shot a bus driver in Aspen Hill, Maryland on Oct. 22, 2002. (Alex Wong/Getty Images)

The Trump administration and the Criminal Justice Legal Foundation (CJLF) filed briefs supporting Virginia. The CJLF noted that most murders perpetrated by minors involve juveniles in their mid to late teens.

“Malvo and others like him are not ‘children,’ but rather are on the cusp of legal adulthood. It is no secret that the majority of homicides committed by juveniles increases as they age,” the brief reads. “The number of murders committed by 17-year olds is greater than the number committed by offenders 14-16 years old combined.”

The 4th U.S. Circuit Court of Appeals ruled for Malvo, faulting the sentencing court for failing to carefully consider whether Malvo was irreparably corrupted. That was the fatal error, Malvo’s lawyers told the justices.

“Any life-without-parole sentence imposed on a juvenile — whether ‘mandatory’ or ‘discretionary’ — likewise violates Miller and creates an intolerable risk of disproportionate punishment if the sentencer fails to ‘take into account how children are different,'” Malvo’s brief reads.