A coalition of brandname Fortune 500 companies, trade associations, and tech giants have intervened in a pair of marquee Supreme Court cases, urging the justices to rule for liberal social positions.

The businesses filed amicus (or “friend of the court”) briefs asking the justices to declare that President Donald Trump’s bid to rescind the Deferred Actions for Childhood Arrivals (DACA) program is unlawful, and that Title VII of the 1964 Civil Rights Act protects LGBT workers.

Signatories to the briefs include Amazon, Best Buy, Cisco Systems, Facebook, Google, and Hilton. Those businesses collectively employ millions of workers and comprise trillions in revenue, according to the briefs.

Amicus briefs serve two functions — developing legal arguments not addressed by the parties to a case, and providing facts that help the justices better understand the environment around particular issues.

That the high court has adopted a pro-corporate bent since Chief Justice John Roberts’s confirmation is something like an article of faith on the left. Those critics point to evidence that the justices take the position endorsed by business lobbies like the Chamber of Commerce about 70% of the time. The DACA and gay rights filings represent a slight shift in usual amicus activity, in that business groups are filing in support of liberal outcomes. How businesses’ recent alignment with progressive social positions might factor in to those critiques is an open question.

Some 143 businesses submitted an amicus brief warning the justices that rescinding DACA will hurt GDP, exacerbate a gap in the labor market, and diminish consumption.

“Eliminating DACA will inflict serious harm on U.S. companies, all workers, and the American economy as a whole,” the brief reads. “Companies will lose valued employees. Workers will lose employers and co-workers. Our national GDP will lose up to $460.3 billion, and tax revenues will be reduced by approximately $90 billion, over the next decade.”

Among other economic benefits, the brief explained that DACA recipients can help fill a growing gap in the labor market. Job creation is outpacing the supply of workers, the brief noted, creating a shortfall for DACA recipients to fill. A 2017 study found that many top Fortune 500 companies, including signatories to the brief, employ DACA recipients.

“At least 72 percent of the top 25 Fortune 500 companies employ DACA recipients — including IBM, Walmart, Apple, General Motors, Amazon, JPMorgan Chase, Home Depot, and Wells Fargo, among others — as do many others, including Uber and Lyft,” the brief stated.

The Chamber of Commerce joined the big business DACA brief.

The DACA case is similar to last term’s litigation over the Trump administration’s bid to add a citizenship question to the 2020 census form. As in that dispute, lower courts have said Trump’s explanations for terminating DACA are inadequate. Unlike the census case, however, no party disputes the president’s fundamental authority to end the program.

The Court will hear arguments in the case, Department of Homeland Security v. University of California No. 18-587, on Nov. 12. (RELATED: The Supreme Court Will Decide Whether Encouraging Illegal Immigration Is Protected Speech) 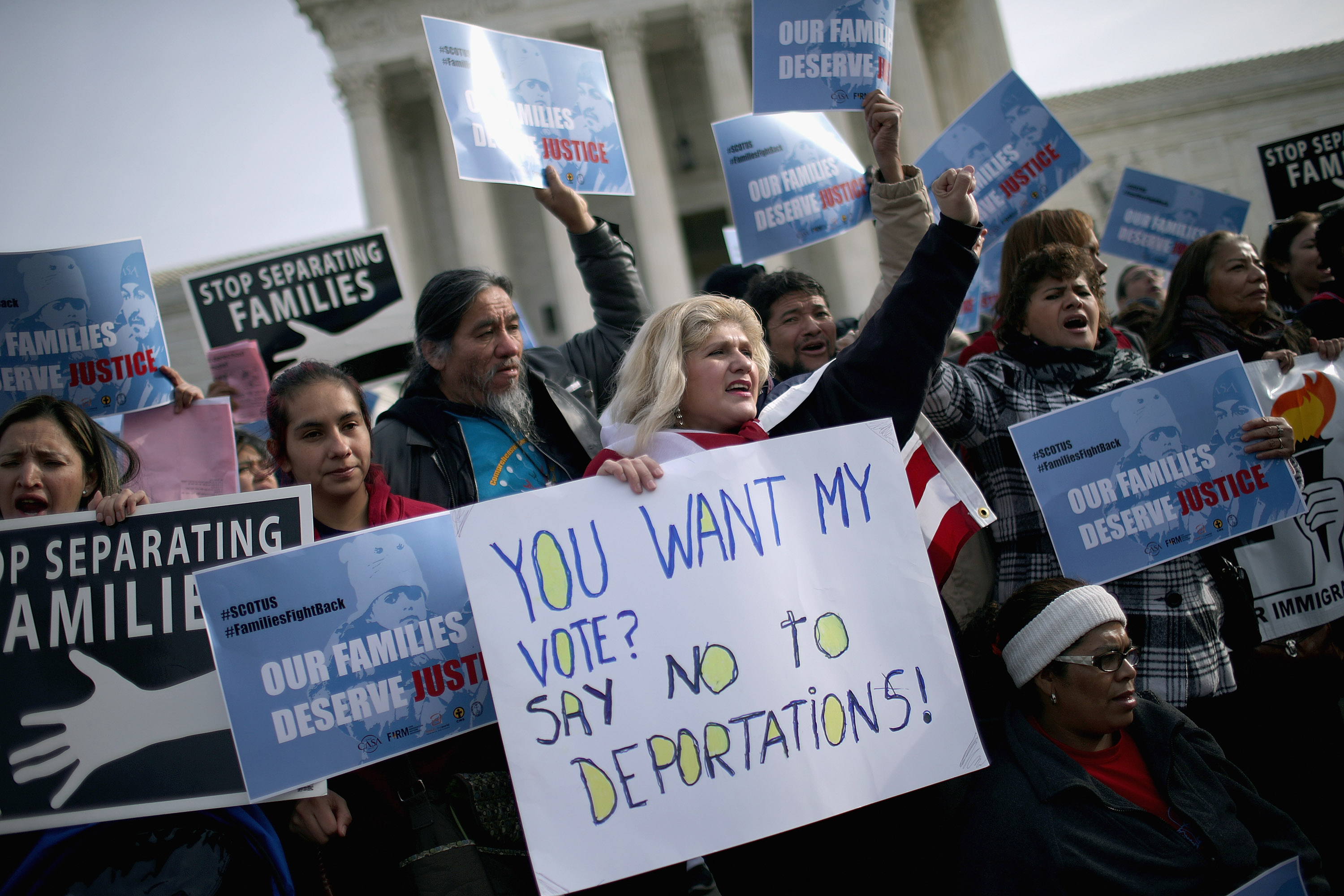 Protections for gay workers are good for the bottom line

About 20 states and dozens of municipalities have adopted laws barring workplace discrimination against LGBT people. Title VII, the federal civil rights in employment law, does not explicitly name sexual orientation (gays and lesbians) or gender identity (trans people) among its protected characteristics. A group of 206 businesses argued in an amicus brief that the absence of a single, federal regime leaves a patchwork of inconsistent laws that confuse gay employees and undermine efforts to cultivate a diverse workforce.

“By confirming that sexual orientation and gender identity discrimination are prohibited under Title VII, this Court would remove an artificial barrier that restricts the free flow of resources, ideas and capital,” the brief read.

The businesses claim a diverse workforce enhances their ability to connect with consumers. The buying power of LGBT people in particular has surpassed $900 billion, the brief noted.

Robust civil rights laws are similarly essential for attracting and retaining top talent, the employers argued. LGBT people are less likely to take positions in areas without gay-friendly workplace non-discrimination laws, or could leave workplaces perceived as exclusive. Departure of LGBT employees costs companies about $9,000 per employee, or about $8.9 billion per year in aggregate, according to a pair of studies.

“In a survey of the top 50 companies in the Fortune 500 and the top 50 federal government contractors, for example, the overwhelming majority of the top-performing, most innovative companies connect policies prohibiting sexual orientation and gender identity discrimination with a better bottom line,” the brief read.

The Trump administration is supporting the employers.