Vice President Mike Pence is set to visit Ankara Wednesday to “voice the United States’ commitment to reach an immediate ceasefire and the conditions for a negotiated settlement,” a Tuesday press release from the Office of the Vice President reads.

Erdogan’s comments came a day after he told reporters on a Tuesday flight back from Baku, Azerbaijan, that Turkey “will never declare a ceasefire” in northern Syria, according to Reuters.

President Donald Trump announced economic sanctions against the country, which will include a 50% tariff on steel and the termination of a $100 billion trade deal between the two countries in an effort to increase pressure on Turkey to commit to a ceasefire, the president said in a statement.

“They say ‘declare a ceasefire’. We will never declare a ceasefire,” Erdogan told reporters on Tuesday. “They are pressuring us to stop the operation. They are announcing sanctions. Our goal is clear. We are not worried about any sanctions.” (RELATED: Trump Says He’ll ‘Wipe Out’ Turkish Economy If Turkey Takes Out Kurdish Population)

“The regime entering Manbij is not very negative for me. Why? It’s their lands after all. But, what is important to me is that the terrorist organization does not remain there,” Erdogan told reporters in reference to the Kurdish People’s Protection Units (YPG). 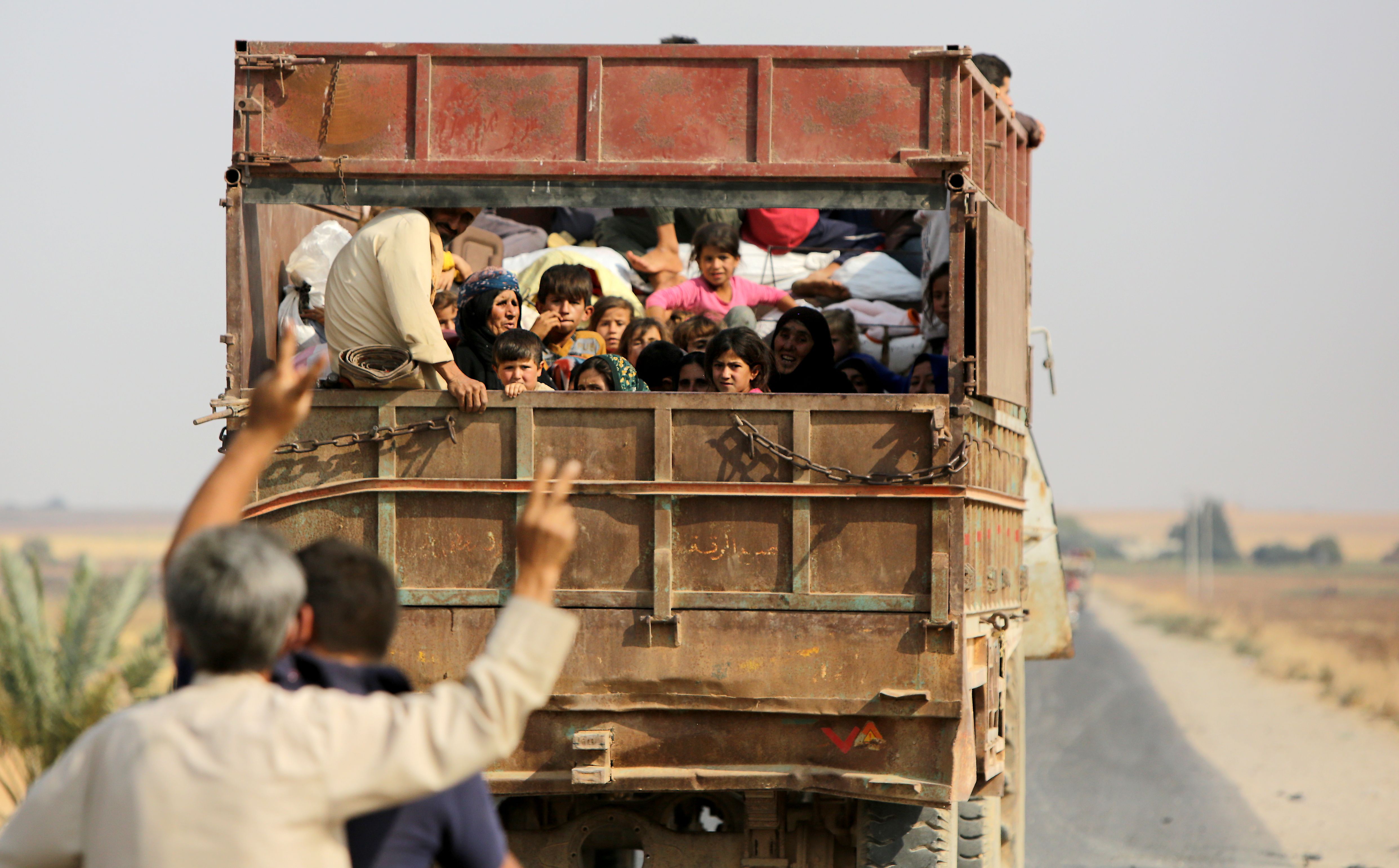 Kurdish Syrian civilians flee the town of Kobani on the Turkish border on October 16, 2019 as Turkey and its allies continue their assault on Kurdish-held border towns in northeastern Syria. (Photo by BAKR ALKASEM/AFP via Getty Images)

“I told this to Mr. Putin, as well. If you are clearing Manbij of terrorist organizations, then go ahead, you or the regime can provide all the logistics. But if you are not going to do this, the people there are telling us to save them,” he concluded.

Trump said in an Oct. 6 statement that the White House “does not endorse” Turkey’s offensive called “Operation Peace Spring” in northern Syria against U.S.-allied Kurdish fighters. The offensive began after the White House announced that it was pulling the remaining 1,000 U.S. soldiers from the region.