An enormous pro-China Twitter mob descended on Houston Rocket’s General Manager Daryl Morey after his ill-fated Hong Kong tweet and, in the process, thrust the NBA into the hotspot, The Wall Street Journal reported.

Morey was the victim of what experts say is a massive, coordinated assault after his Oct. 4 tweet supporting Hong Kong protesters, the report noted, citing a review of about 170,000 tweets directed at the NBA executive. Experts are not ruling out the possibility that the full-throated attack was state-sponsored.

Much of the action happened during the daytime in China, TheWSJ noted.

TheWSJ based its analysis on the 168,907 tweets directed at Morey between Oct. 4 and Oct. 10 that were collected by Linvill and his Clemson colleague, Patrick Warren. (RELATED: James Harden Apologizes To China Over Daryl Morey Tweets) 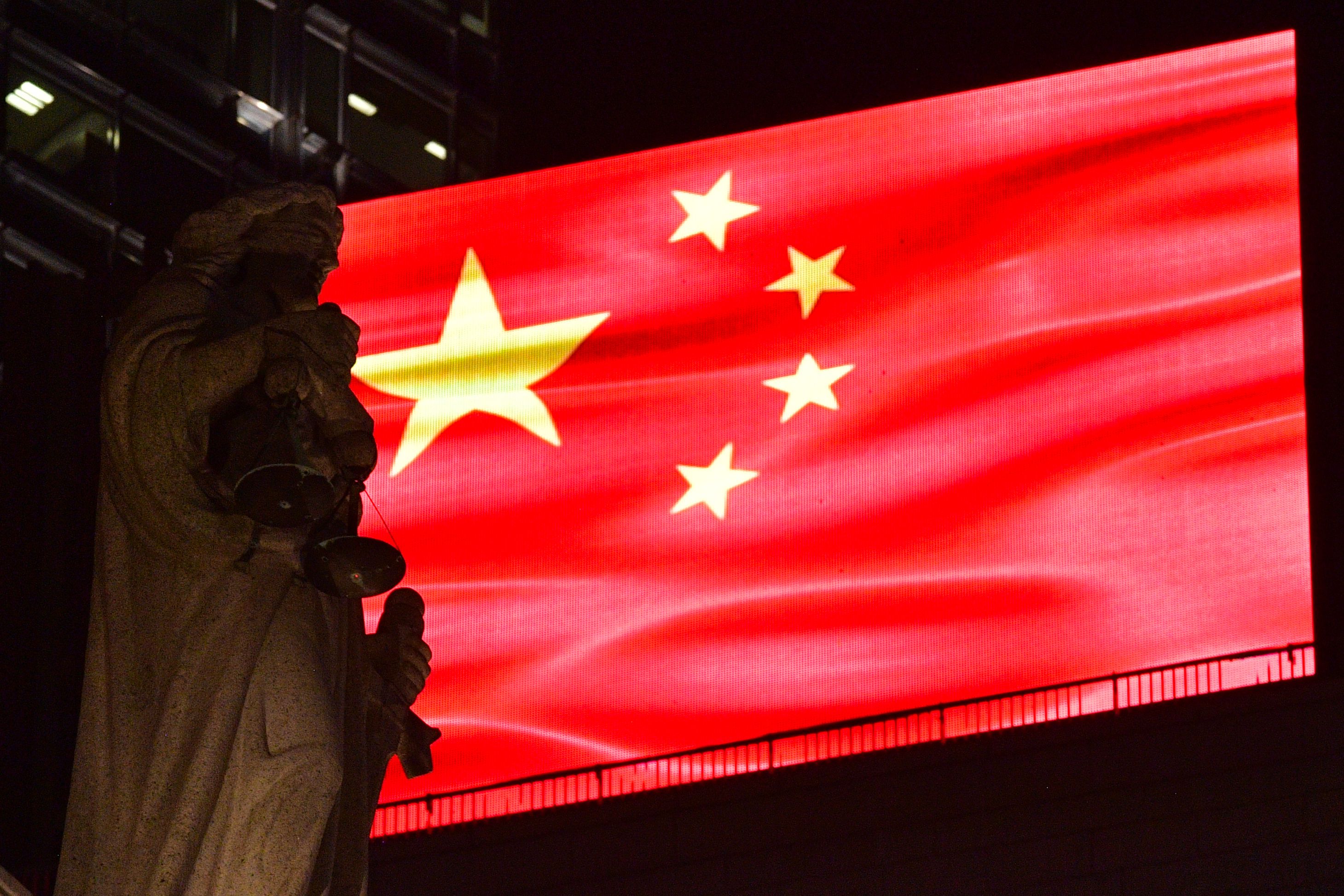 A statue of Lady Justice at the Court of Final Appeal stands before a Chinese flag displayed on an electronic billboard atop a building in Hong Kong on September 30, 2019 (Photo credit should read NICOLAS ASFOURI/AFP/Getty Images)

Morey’s account was inundated with comments from pro–Chinese government accounts in the 12 hours after he posted his tweet, which championed Hong Kong’s fight for freedom. The tweets mentioned him more than 16,000 times, Ben Nimmo, a senior fellow at the Atlantic Council’s Digital Forensic Research Lab, noted in a separate analysis of Morey’s tweets.

Nimmo said the problem does not have an easily solution since it was a troll mob.

“It looks like there were humans at the keyboard for many of these posts,” he told reporters. “This wasn’t primarily a bot swarm. It was a troll mob. Which is a lot harder to deal with.” Twitter has not responded to the Daily Caller News Foundation’s request for comment about the campaign.

Nearly 6% of the 100 accounts with the most activity that began with zero followers before the incident have been restricted or no longer exist, TheWSJ noted.

“Coordinated activity and other forms of platform manipulation have no place on our service,” a spokesman for Twitter said, according to TheWSJ. “We will take enforcement action on any accounts that are displaying these behaviors.”

The analysis shows 22% of the tweets came from so-called sock puppet accounts that had zero followers before the fracas began. More than 3,677 of the 4,855 total users responsible for the tweets didn’t have accounts until Morey’s tweet, which he deleted Oct. 6 following two days of backlash.

The apology was too little too late, as it turns out. Security at an Oct. 10 NBA game between the Washington Wizards and Guangzhou Long-Lions swiped pro-Hong Kong signs from several game attendees, a Wizards spokesman said. Rockets gear went missing on Nike’s Chinese website after the tweet.

Other strange occurrences happened as the NBA flap hit its peak. Apple and Google, for instance, removed an app Oct. 10 that allowed people in Hong Kong to track police activity. The move came after China complained about the app, which the country claim promotes “illegal behavior.”

Neither Google nor Apple have responded to the DCNF’s request for comment.