The commander of the Kurdish-backed Syrian Defense Force blamed the United States for what he called an “ethnic cleansing of the Kurdish people,” The New York Times reported Sunday.

Mazlum Kobani comments came in an interview with the Times as the United States continues to withdraw its about-1,000 troops from northern Syria.

“There will be ethnic cleansing of the Kurdish people from Syria, and the American administration will be responsible for it,” Kobani told NYT. 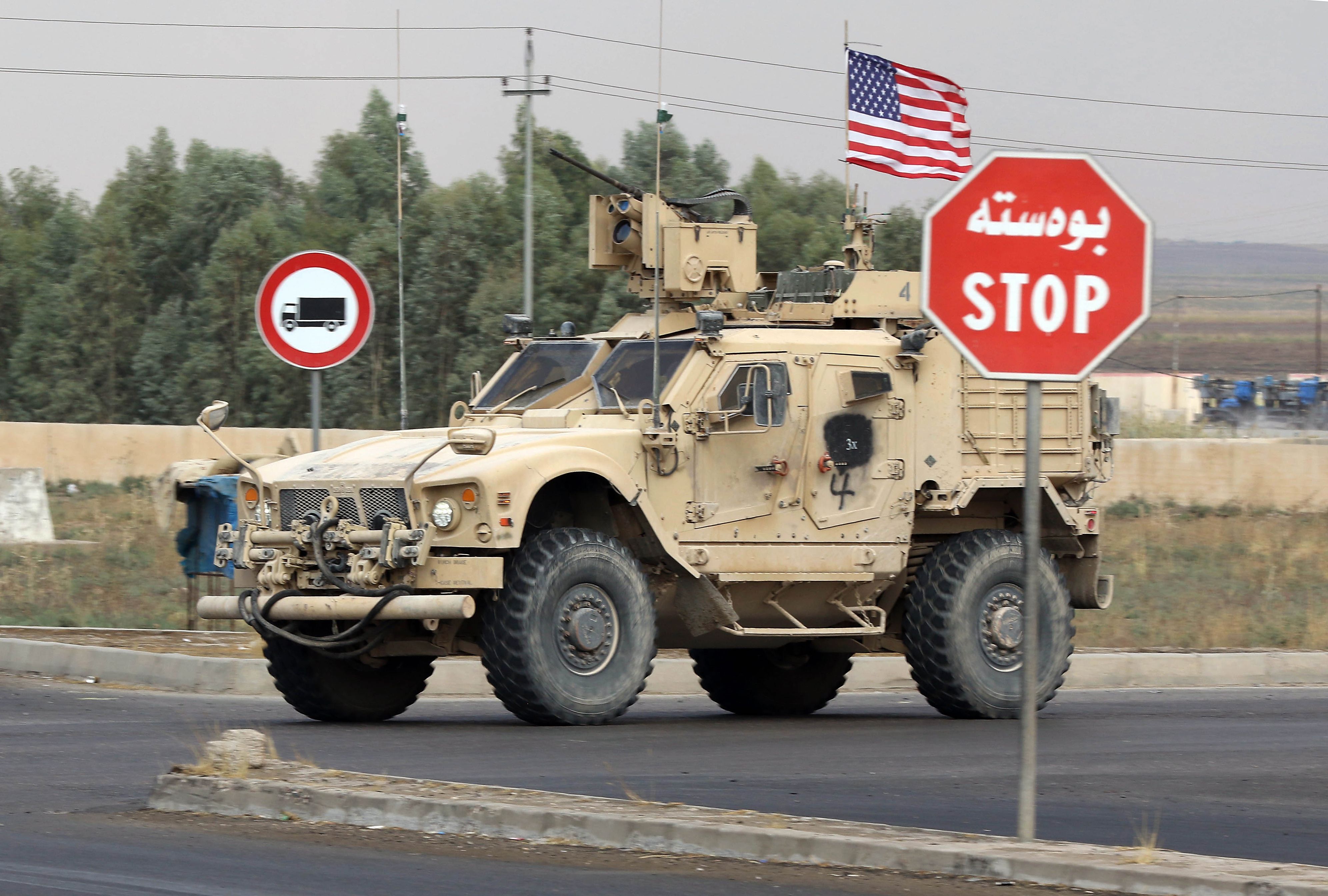 A US military vehicle, part of a convoy, arrives near the Iraqi Kurdish town of Bardarash in the Dohuk governorate after withdrawing from northern Syria on October 21, 2019. (Photo by SAFIN HAMED / AFP via Getty Images)

He continued saying the U.S. should work to ” rebuild the trust with its [Kurdish] ally against ISIS” and “limit the damage of this past decision and preserve the areas we liberated together,” according to the Times.

“There need to be red lines: that the Turks can’t do ethnic cleansing or demographic change, about how they will deal with the people there, about permanent Turkish control over the area,” he told NYT. “We will not accept these things.”

Fighting at the Turkey-Syria border had mostly stopped by Sunday, NYT reported, after Vice President Mike Pence and Secretary of State Mike Pompeo negotiated a five-day ceasefire agreement with Turkish President Recep Tayyip Erdoğan during their visit to Ankara on Oct. 17.

On Oct. 18, however, Reuters said it heard shelling and machine-gun fire at the border Friday morning despite the agreement, but President Donald Trump spoke to Erdoğan again after the news and confirmed that there would be no more fire.

Since Friday, the border town that was hit with shelling and gunfire has been evacuated, as the Wall Street Journal reported.

“It has been evacuated,” Kobani told the Times. “There is no one left. It’s over.”

US forces are on their way out of Syria. A large convoy left Kobani today and was en route to the Iraqi border. At least one US soldier was photographed wearing a patch of the Kurdish female fighters America is leaving behind: The latest from @WSJ: https://t.co/fg7VF5KbJs

“Just spoke to President [Erdogan] of Turkey. He told me there was minor sniper and mortar fire that was quickly eliminated. He very much wants the ceasefire, or pause, to work. Likewise, the Kurds want it, and the ultimate solution, to happen,” Trump tweeted Friday afternoon.

“Too bad there wasn’t this thinking years ago. Instead, it was always held together with very weak bandaids, [and] in an artificial manner. There is good will on both sides [and] a really good chance for success. The U.S. has secured the Oil, [and] the ISIS Fighters are double secured by Kurds [and] Turkey,” the president continued.

….I have just been notified that some European Nations are now willing, for the first time, to take the ISIS Fighters that came from their nations. This is good news, but should have been done after WE captured them. Anyway, big progress being made!!!!

Ceasefire negotiations came nearly two weeks after the White House announced that it was pulling the remaining 50 U.S. soldiers from northern Syria on Oct. 6. (RELATED: Trump Authorizes Sanctions Against Turkey In Response To Syria Invasion)

In an effort to increase pressure on Turkey to commit to a ceasefire, the president implemented economic sanctions on Turkey — including the cancellation of negotiations with Turkey on a $100 billion trade deal and a 50% tariff on steel — on Oct. 14.