The hole in the ozone layer shrank to its smallest size since scientists began recording it, NASA and the National Oceanic and Atmospheric Administration said Monday.

The ozone layer hole, which roughly sits above Antarctica, experienced massive retraction in September and October due to “abnormal” weather patters in the upper atmosphere, resulting in its smallest size since scientists began observing it in 1982, NASA and NOAA scientists announced.

NASA and NOAA satellite measurements observed the ozone hole reached a peak size of 6.3 million square miles on Sept. 8, but then dwindled to less than 3.9 million square miles for the rest of September and October. However, scientists tracking the ozone hole cautioned the changes are mostly a reflection of atypical weather patterns and not because of a dramatic recovery.

“It’s great news for ozone in the Southern Hemisphere,” Paul Newman, chief scientist for Earth Sciences at the Goddard Space Flight Center in Greenbelt, Maryland,  said in a statement Monday. “But it’s important to recognize that what we’re seeing this year is due to warmer stratospheric temperatures. It’s not a sign that atmospheric ozone is suddenly on a fast track to recovery.” 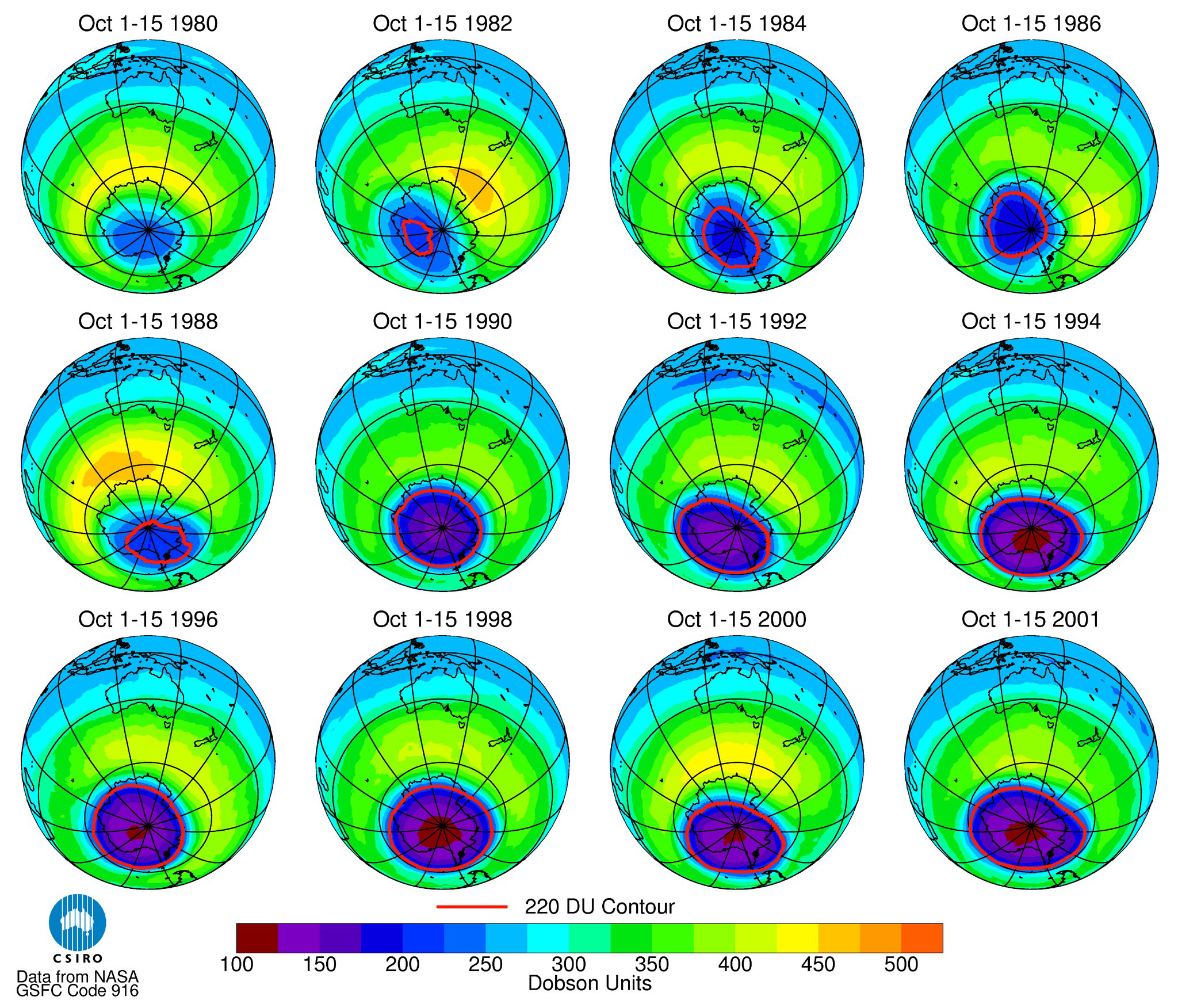 The hole in the ozone layer above Antarctica is seen in a series of satellite images over a 21-year time span. (Photo: Reuters)

Like a sunscreen for Earth, the ozone layer makes up a section of the planet’s atmosphere and absorbs nearly all of the sun’s ultraviolet radiation, leaving just enough for life to thrive. The ozone layer itself is a thin section of the stratosphere, where the ratio of ozone gas molecules to molecules of air is about 3 to 10 million, according to National Geographic. Nonetheless, this thin layer protects humans from skin cancer, cataracts and other illnesses.

The hole in the ozone layer fluctuates throughout the year. The hole usually expands to a maximum size of around 8 million square miles by late September to early October. More specifically, the hole forms when sun rays interact with the ozone molecules and man-made compounds during the late winter in the Southern Hemisphere. (RELATED: LIEBERMAN: Trump May Adopt An Obama-Era Climate Policy)

However, such patterns can be mitigated under usually high temperatures.

“It’s a rare event that we’re still trying to understand,” Susan Strahan, an atmospheric scientist with Universities Space Research Association, said in a Monday statement. “If the warming hadn’t happened, we’d likely be looking at a much more typical ozone hole.” Strahan noted that such usual weather patters have produced small ozone layers in the past, as it did in 1988 and 2002.

The record-small ozone hole was a result of warm weather; however, NASA scientists noted the hole is, in fact, slowly shrinking in size — a result of the 1987 Montreal Protocol, which phased out chlorofluorocarbons across the world.