This post, which originally appeared at Liberty Nation, is featured here as a friend of the Daily Caller.

Carbon tax credits are nothing more than modern-day indulgences issued for money by government regulators. There is no “incentive” when a polluter buys a tract of forest to “offset” its toxins. It is merely an illusion, a payoff for the right to sin against the planet. Ultimately, polluters fouling one corner of the globe exercise proprietary dominance to simply buy up pristine land in another area as financial atonement for environmental degradation.

The ecosystem cannot be stewarded by the governments and corporations to which humans have abdicated responsibility for its care: Only individuals can truly steward or “conserve” land. Stewardship cannot be divvied up into traded “shares” on exchanges, yet that is precisely what current “initiatives” seek. Such industrial reductionism reveals the extent of human alienation from the land that sustains life.

To its peril, America has reduced all values to the pursuit of material wealth. As Wendell Berry, a farmer, cultural critic, and environmental activist poet, claimed in an essay:

It has emptied the country of the independent and the proud, and has crowded the cities with the dependent and the abject. It has always sacrificed the small to the large, the personal to the impersonal, the good to the cheap. It has risen to its questionable triumphs over the bodies of small farmers and tradesmen and craftsmen. I see it, still, driving my neighbors off their farms into the factories. I see it teaching my students to give themselves a price before they can learn to give themselves a value. 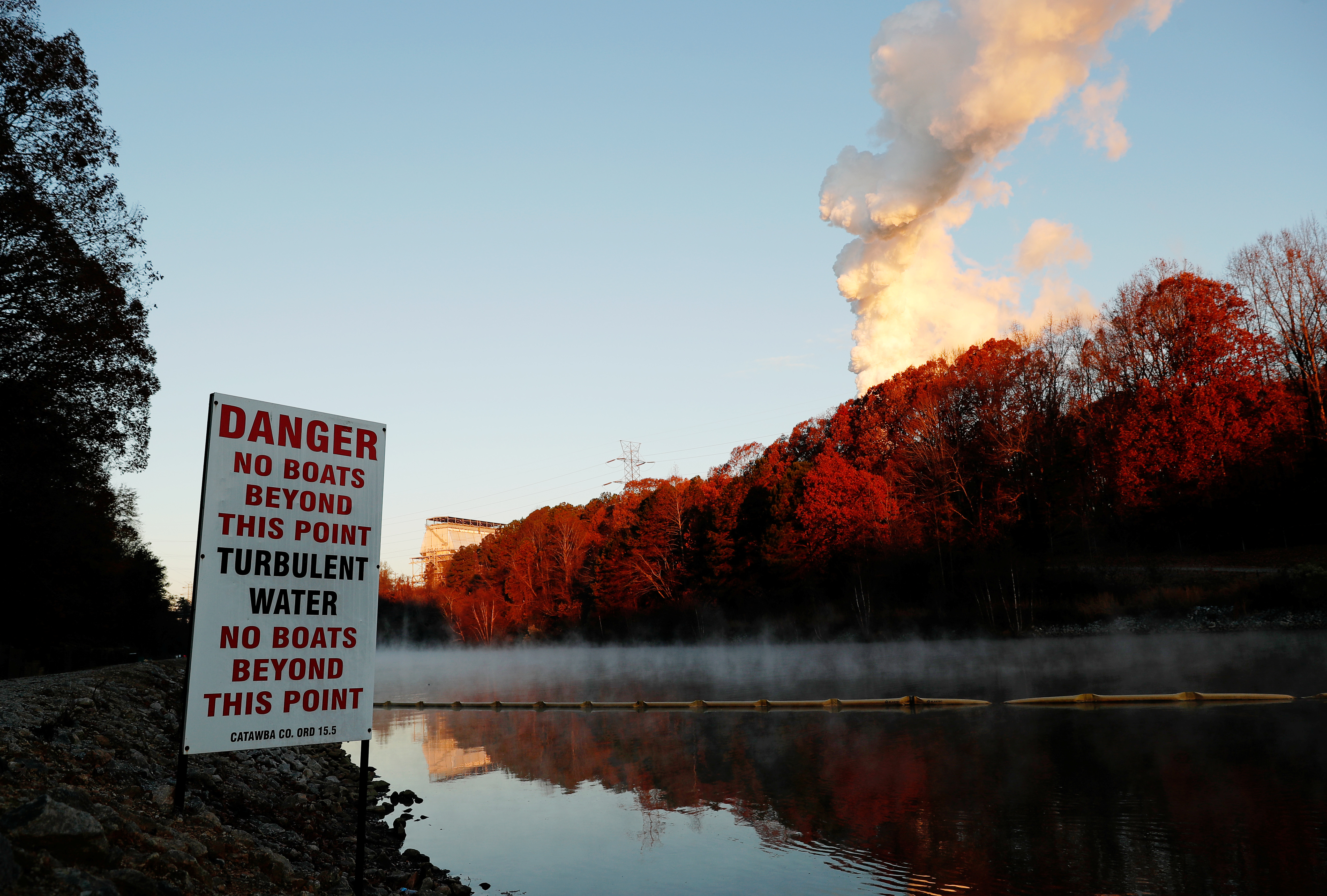 As responsibility has been steadily transferred from citizens to government bureaucracy, large corporate interests are free to “trade” in morality as just one more commodity. This “moral tracing” is obfuscated by fancy terms and abstract concepts, until markets are created that are as inscrutable as the mortgage tranches that led to the 2007-08 financial implosion, or the “quantitative easing” that was mysteriously employed as a panacea.

If carbon is to be effectively sequestered, topsoils replenished, and food located closer to those who consume it, then human beings — farmers — will be required. But for a pampered, materialistic generation, the hard work of stewardship is anathema. As Berry prophesied: “At present our society is almost entirely nomadic. … And it is moving about on the face of this continent with a mindless destructiveness, of substance and of meaning and of value, that makes Sherman’s march to the sea look like a prank.”

What Berry described decades ago is inescapably evident in Vermont today:

As a class, farmers are one of the despised minorities. … The average American farmer is now an old man whose sons have moved away to the cities. His knowledge, and his intimate connection with the land, are about to be lost. … He is being forced off the land into the cities, his place taken by absentee owners, corporations, and machines. Some would justify this in the name of efficiency. As I see it, it is an enormous social and economic blunder. For the small farmers who lived on their farms cared about their land. … The corporations and machines that replace them will never be bound to the land by the sense of birthright and continuity, or by the love that enforces care. 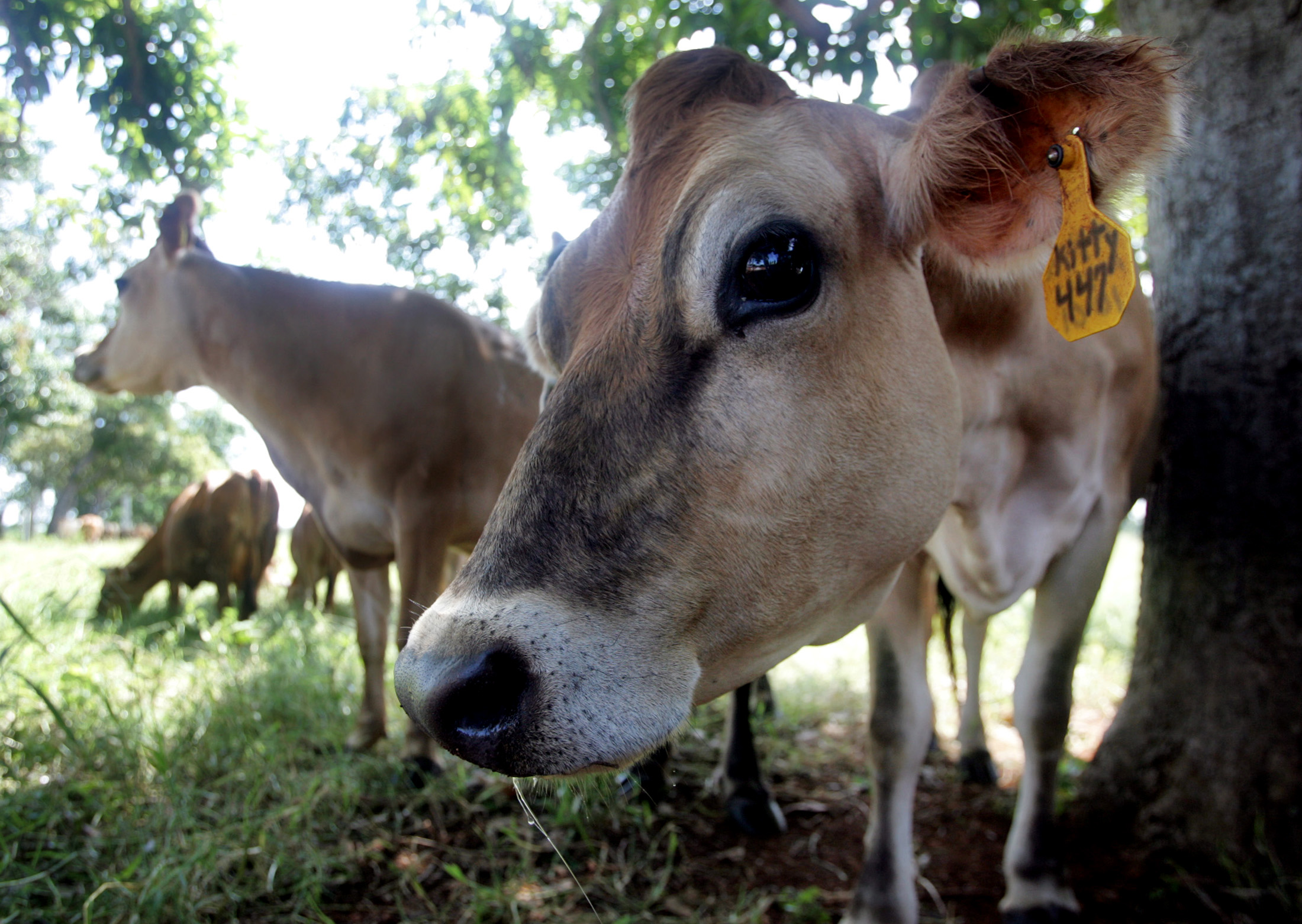 A Vermont cow, one of the more than 90 cows shipped from the U.S. to Cuba last Saturday, stands on the Cuban state-run dairy farm Nina Bonita on the outskirts of Havana Aug. 9, 2005. REUTERS/Claudia Daut

Vermont’s government has failed to prevent the steady decline of Vermont dairy farms, but it is eagerly promoting green investment, including for polluting California corporations to purchase “carbon credits” from Vermont forests. This is reminiscent of Vermont’s EB-5 fiasco, where foreign investors were granted favorable investment returns and U.S. citizenship in return for loans for projects that imploded in fraud. (RELATED: Here’s Why Californians Pay Way More For Gasoline Than Everyone Else)

Under this forest scheme, rather than reduce their own pollution, companies can “buy” credits from “clean” projects far away. Vermont in 2006 became a member state in the Regional Greenhouse Gas Initiative (RGGI), a “mandatory, market-based greenhouse gas emissions reduction program …”:

RGGI’s guidelines require projects to satisfy a performance test and be independently verified. Offset projects would be credited for 25 years following a project’s commencement. The life of projects is deemed to be 100 years and project owners are responsible for monitoring, verifying and reporting project data for the 100 years after allowances have been awarded. Projects can be located in RGGI states on private, state or municipal land and avoided conversion projects must be on land that is originally privately owned.

Where will the intergenerational corporate and government stewards be when this scam collapses in 20 years, like an epic EB-5 debacle? Can Vermont get some “credits” for the acid rain and deforestation its Green Mountains suffer when western companies don’t curb their fossil fuel plant emissions because they bought credits for storing carbon in Vermont’s trees?

In this zeitgeist of climate-phobic hysteria, there is uncritical acceptance of cross-country carbon credits between power companies and forest owners. As John Dillon writes for Vermont Public Radio (VPR):

A chunk of northern Vermont forest will soon help reduce greenhouse gas pollution in California. … The idea is that companies will pay to reduce their carbon footprint by buying the carbon sequestered in a forest on the other side of the country. But determining how much carbon is being stored, and then enrolling in that expanding carbon market, is far from simple. It involves a lot of time, money and long hours walking the woods. … The woods were once logged but are now being managed as forever wild – eventually even the logging road will grow over to trees.

This usurpation of human stewardship by regulatory fiat is anathema to Berry’s 50-year call to America’s farmers and localvores:

“Since the beginning of the conservation effort in our country, conservationists have too often believed that we could protect the land without protecting the people. … That assumption is understandable in view of the worsening threats to wilderness areas, but it is wrong. If conservationists hope to save even the wild lands and wild creatures, they are going to have to address issues of economy, which is to say issues of the health of the landscapes and the towns and cities where we do our work, and the quality of that work, and the well-being of the people who do the work. … We need to reconsider the idea of solving our economic problems by ‘bringing in industry.’ Every state government appears to be scheming to lure in a large corporation from somewhere else by ‘tax incentives’ and other squanderings of the people’s money. We ought to suspend that practice until we are sure that in every state we have made the most and the best of what is already there. We need to build the local economies of our communities and regions by adding value to local products and marketing them locally before we seek markets elsewhere.”

Vermonters — and their farmers, culture, communities, schools, and economy — require government to support local efforts to productively employ the state’s agricultural heritage, not divert taxes from human-stewarded lands to fund reckless carbon-tax “initiatives” to benefit polluting factories on the West Coast. The Green Mountains of Vermont are not for corporate sale, neither is the sequestered carbon of their trees.

John Klar is an attorney, pastor, writer, and off-grid farmer and contributing author for LibertyNation.com. John blogs for Mother Earth News on agricultural issues and maintains a weekly commentary in The Newport Daily Express. He has also been featured in The Federalist and American Thinker.