The outbreak was traced back to one pediatrician health officials said was reusing syringes, according to The NYT. That pediatrician, Muzaffar Ghanghro, denied that he ever reused syringes on patients.

“With competing priorities, HIV and AIDS is at the back seat of the government’s agenda,” UNAIDS Director of Pakistan and Afghanistan Maria Elena Filio-Borromeo told The NYT.

In this image taken on May 8, 2019, Pakistani women hold their HIV infected children as they gather at a house at Wasayo village in Rato Dero in the district of Larkana of the southern Sindh province. (RIZWAN TABASSUM/AFP/Getty Images)

Nearly 1,100 citizens — or one in every 200 people in the city — including about 900 children younger than 12 contracted the virus, and many of those who have been afflicted were treated by Ghanghro, who treats some of the city’s poorest citizens, The NYT reported, citing health officials.

Jalbani said he witnessed Ghanghro rumage through the trash for a syringe, and when he tried to stop the pediatrician, Ghanghro said he was too poor to afford a new syringe.

“He said, ‘If you don’t want my treatment, go to another doctor,'” Jalbani said. “My wife and I had to starve ourselves to pay for the medicine.” 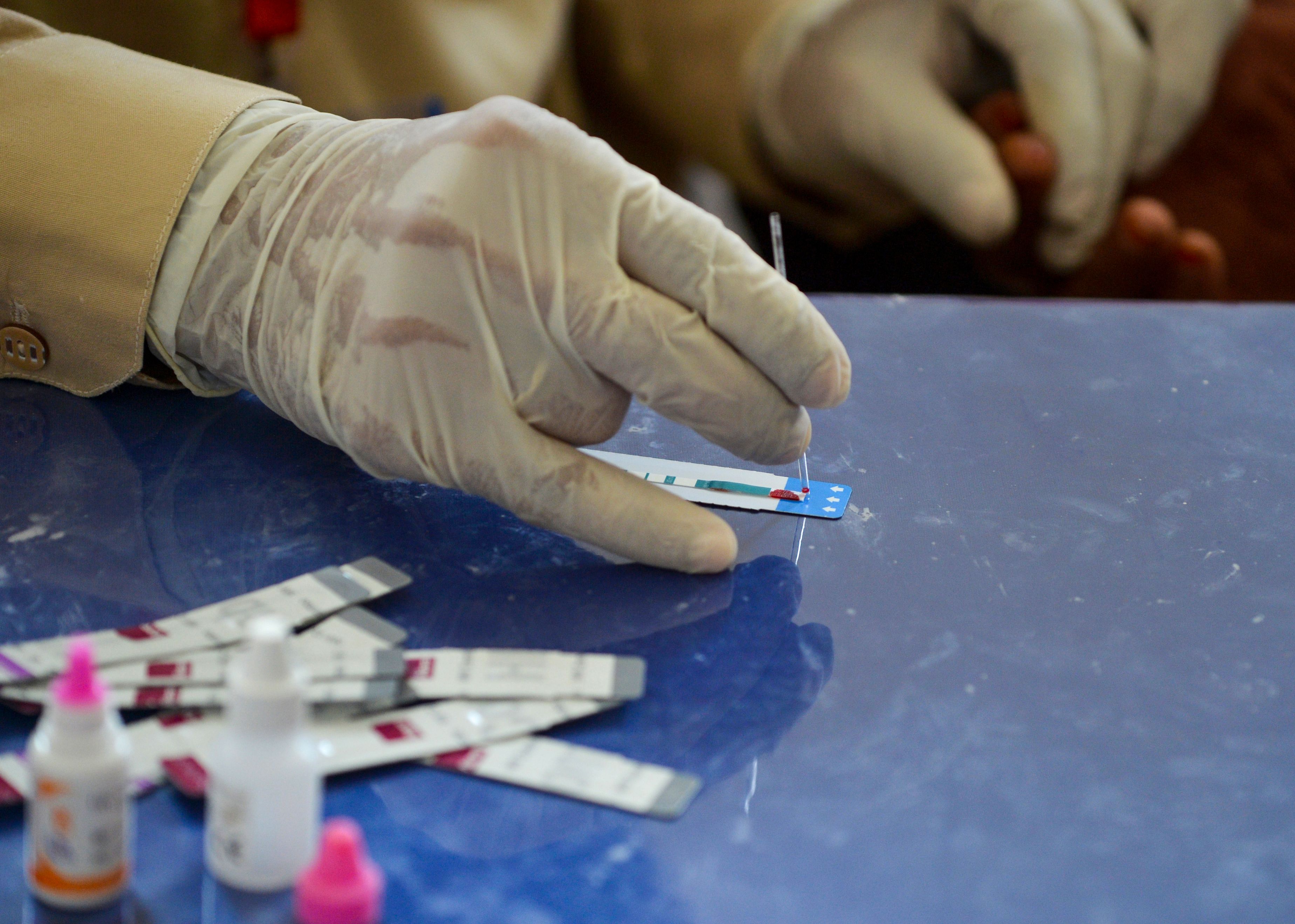 In this image taken on May 8, 2019, a Pakistani doctor examines the blood sample from a woman for a HIV test at a state-run hospital in Rato Dero in the district of Larkana of the southern Sindh province. (RIZWAN TABASSUM/AFP/Getty Images)

Ghanghro was arrested and charged with negligence, manslaughter and causing unintentional harm, but has not been convicted and still practices outside Ratodero with a renewed license, The NYT reported. (RELATED: Dating Apps Could Be Driving Cause Of Skyrocketing HIV Cases In Philippines, Health Advocates Say)

The number of people who have tested positive for HIV almost doubled to 160,000 from 2010 to 2018 and increased 38% among those between ages 15 and 24, The NYT reported, citing UNAIDS estimates.