President Donald Trump was met with loud boos and a “lock him up” chant at game five of the World Series Sunday between the Washington Nationals and the Houston Astros.

The president and first lady Melania Trump were shown on the big screen early on in the game at Nationals Park in Washington, D.C., but did not receive a warm reception from the local crowd.

The crowd can be heard booing and chanting “lock him up” on videos. (RELATED: Washington Nationals Snub POTUS, Invite Prominent Anti-Trump Chef To Throw First Pitch At World Series)

Full on “LOCK HIM UP! LOCK HIM UP!” chants heard throughout the crowd at Nats Park after President Trump was announced and shown on screen here #WorldSeries pic.twitter.com/1ktVXkHYFy

President Trump was booed loudly by the fans at Nats Park when he was shown on the big screen.
Then came a loud chant: “Lock him up.” @wusa9 pic.twitter.com/LBbgSAHd6k 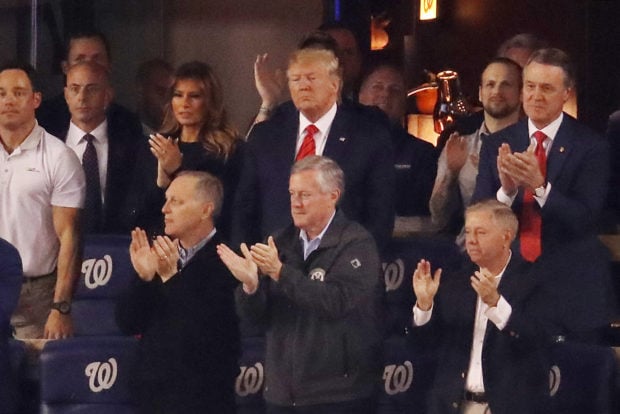 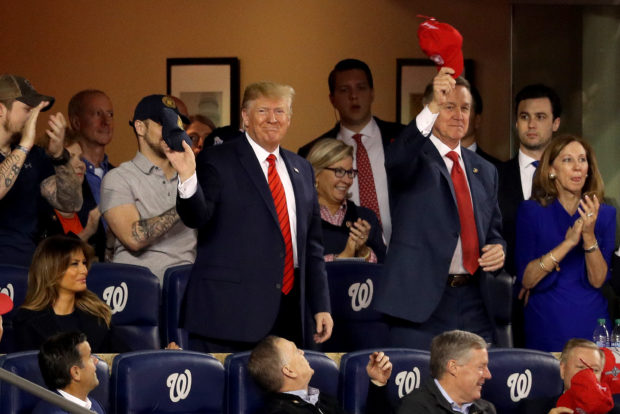 WASHINGTON, DC – OCTOBER 27: President Donald Trump attends Game Five of the 2019 World Series between the Houston Astros and the Washington Nationals at Nationals Park on October 27, 2019 in Washington, DC. (Photo by Will Newton/Getty Images)

The Nationals notably did not invite the president to throw out the first pitch, instead giving that honor to celebrity chef Jose Andres, a frequent critic of the president. (RELATED: Immigrant Celebrity Chef With Long-Time Trump Feud To Shut Down DC Restaurants In Protest)

The series is currently tied at 2-2.