House Intelligence Committee Chairman Adam Schiff objected to a line of questioning by Republican lawmakers Tuesday, with Democrats saying it was an effort to get the identity of the whistleblower during impeachment proceedings.

Lt. Col. Alexander Vindman testified Tuesday as part of the ongoing impeachment inquiry into President Donald Trump following a July 25 phone call with Ukrainian President Volodymyr Zelensky. After Schiff objected to the line of questioning, Republicans pushed back and said they were just trying to get information about who Vindman talked to, multiple sources said, according to CNN.

“What the Republicans are trying to do in there, very clearly in their questioning, is try to front-door or backdoor Lt. Col. Vindman into revealing who the whistleblower is, even though in his testimony, he said he didn’t know,” Democratic Florida Rep. Debbie Wasserman Schultz said.

Wasserman Schultz added that Republicans spent “most of the hour” allegedly pushing Vindman for information about the whistleblower. 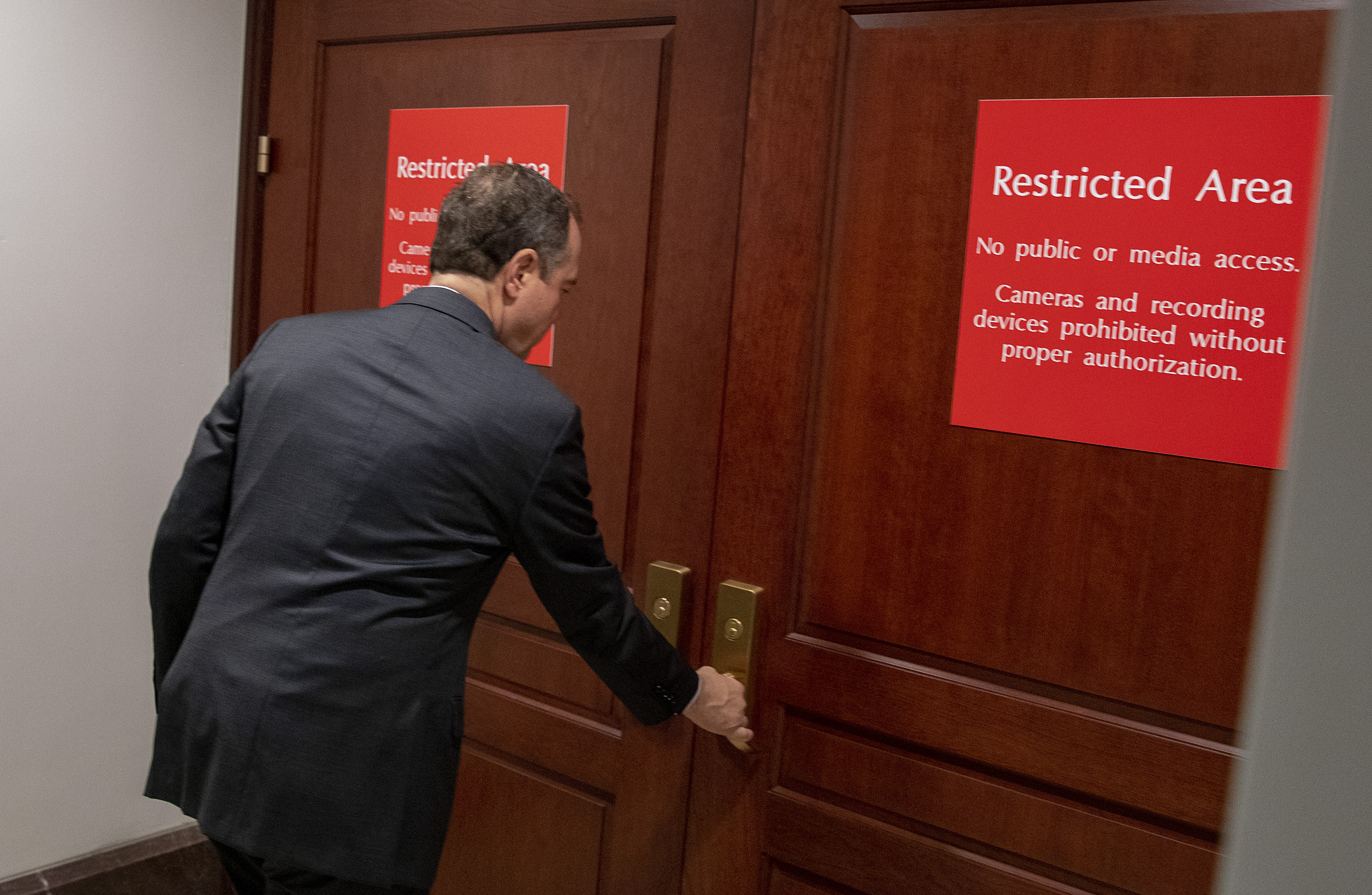 House Minority Whip Steve Scalise and Republican Ohio Rep. Jim Jordan ripped into Schiff for his objection, reiterating to reporters Tuesday that they were just trying to get more information about the situation, including who Vindman talked to. (RELATED: House Democrats Release Impeachment Resolution)

House Speaker Nancy Pelosi was also asked Tuesday about Republicans’ alleged efforts to get the identity of the whistleblower. She suggested the group “shouldn’t even go near that,” calling the potential outing of the unknown person “an unpatriotic action,” CNN reported.