“They have denied President Trump basic due process and are cutting his counsel out of the process in an unprecedented way,” McConnell said Wednesday, according to The Hill. “House Democrats new resolution does not change any of that.” (RELATED: ‘I Couldn’t Do It’: Man Defends Not Shaking Mitch McConnell’s Hand At Elijah Cummings’s Funeral)

He added, “The draft resolution that has been released does nothing of the sort. It falls way short, way short.” 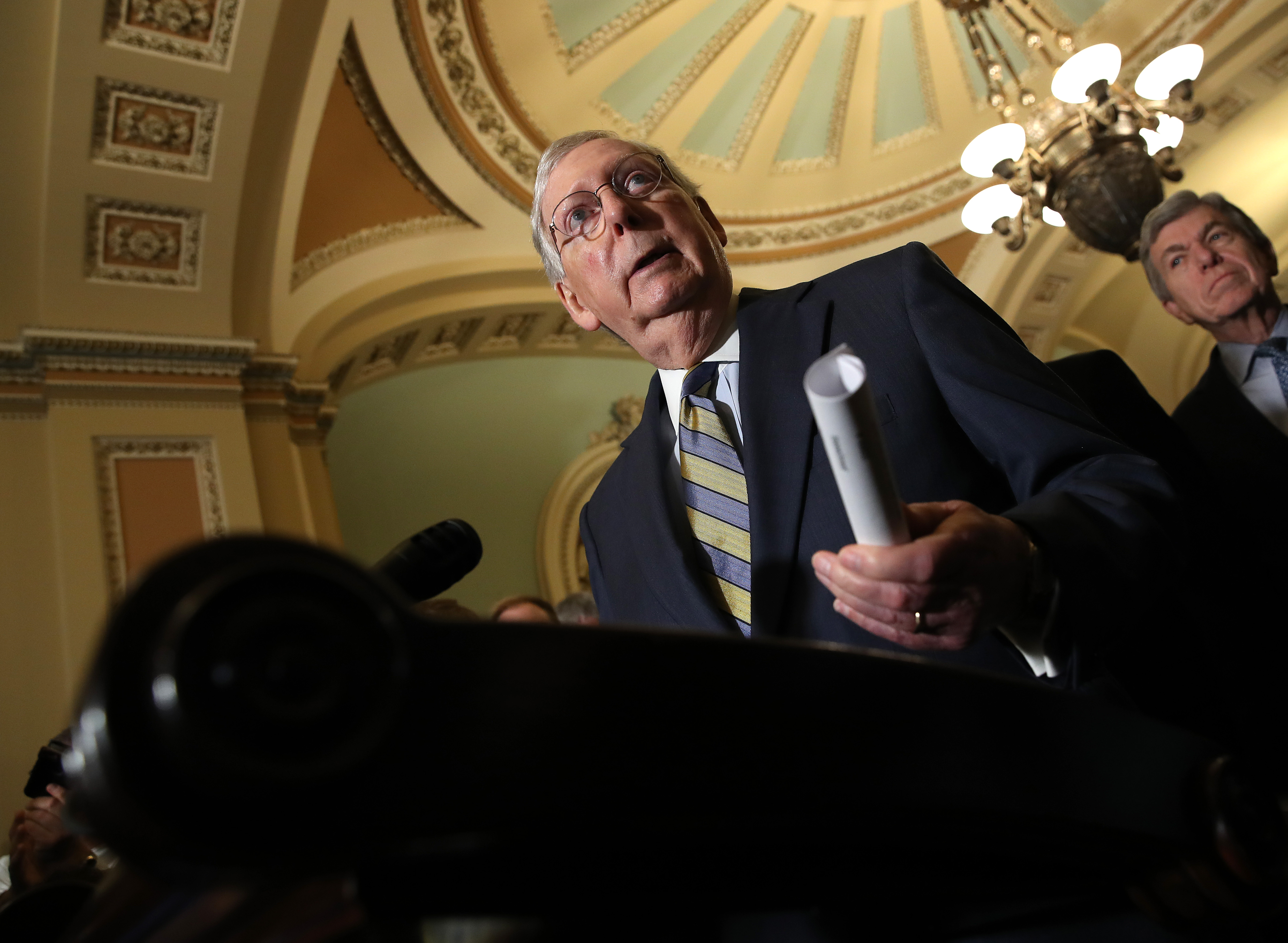 House Democrats released a resolution Tuesday that would move forward the process to impeach the president. The resolution would allow the Intelligence Committee to conduct public hearings, but gives Republicans the ability to request witness testimony.

“Speaker Pelosi has initiated a bizarre process, starting with the fact that she began it with a press conference instead of a proper vote of the House,” McConnell alleged. “The process seems to be treating Chairman Schiff as though he were a de facto special prosecutor.”

“It does not confer on President Trump the most basic rights of due process or seemingly alter Chairman Schiff’s unfair process in the House Intelligence Committee in any way whatsoever,” McConnell added.

Speaker Pelosi, asked by @AlexNBCNews to comment on the impeachment resolution:

“It’s not an impeachment resolution.” pic.twitter.com/9A6qBan9mf

“We are taking this step to eliminate any doubt as to whether the Trump Administration may withhold documents, prevent witness testimony, disregard duly authorized subpoenas, or continue obstructing the House of Representatives,” Pelosi said in a Monday letter to Democrats, Politico reported.

Republican Sen. Lindsey Graham of South Carolina told Sean Hannity on Tuesday there is “not one vote” to remove Trump from office among Senate Republicans.