Which is more likely?

A) The family of Alaskan Bush People, the parents, five adult sons and two teenage daughters build a one room moss hut and sleep in it together.

B) The family of Alaskan Bush People live in a hotel while filming the series.

The answer is B.

B) The producers of Treasure Quest: Snake Island get a plastic mask, spray paint it gold, and place it underwater to be found by Heaney-Grier and claim it to be treasure.

The answer is B.

Believe it or not, reality TV is fake and scripted. Joe Teti of Dual Survival doesn’t walk into the woods with a pointy stick and come back with a hog slung over his shoulder. The producers go to a farm, get a dead hog and give it to Teti who triumphantly carries it back to his nonexistent survival camp.

Frederick “Cork” Graham was the team leader of Treasure Quest: Snake Island and he wrote a tell-all book of what happens behind the scenes of reality TV. Cork was selected because he does have some treasure hunting experience. He was billed as an expert on the Treasure of the Trinity having studied it his whole life. In reality Cork had never heard of the Treasure of the Trinity – so he Googled it to find out what it was all about.

A little bit about Cork: He had your typical childhood growing up in Saigon, South Vietnam, to an undercover CIA father and Ecuadorian mother. He came back to the United States to go to college, got bored and then dropped out. Looking for adventure at age 19 he signed up to be a photographer on a treasure hunting expedition looking for loot stashed on the Vietnamese island of Phú Quốc by Captain Kidd.

On June 16, 1983, Cork was arrested for illegally entering Viet Nam. He then spent nearly a year in a Vietnamese prison and most of it was spent in solitary confinement. So was he indeed a treasure hunter? Yes. But it ended so badly he never wanted to go on another treasure hunt again.

Cork then decided to work as an embedded photo journalist during the messy Central American wars of the 1980’s. So nothing about his background is ordinary and it was the most atypical first 25 years on this planet you can get. Later Cork went to college, got his degree and simply wanted to live a quiet life. Ultimately he settled in Alaska to hunt, fish and literally get away from it all. Cork lives there today and he is a pilot.

About five years ago Cork had an opportunity to join the cast of Treasure Quest: Snake Island. He consulted with a friend, Mykel Hawke of Man, Woman, Wild fame and Mykel told him to take the job at the offered pay. Now you might think that reality pay is a big ticket and this show would run six episodes. Cork figured $25,000 an episode would be about right. After all, Discovery would make a fortune off the show and to leave your home for a snake infested island for a few months should pay some decent scratch. Well it doesn’t. Cork discloses in the book that he would get $1,800 an episode for a total of $10,800 before taxes. He took the job anyway. After all, Discovery Channel is a leader for true and honest television programming and they were going to make a show the viewer could believe in. That would turn out to be very wrong. 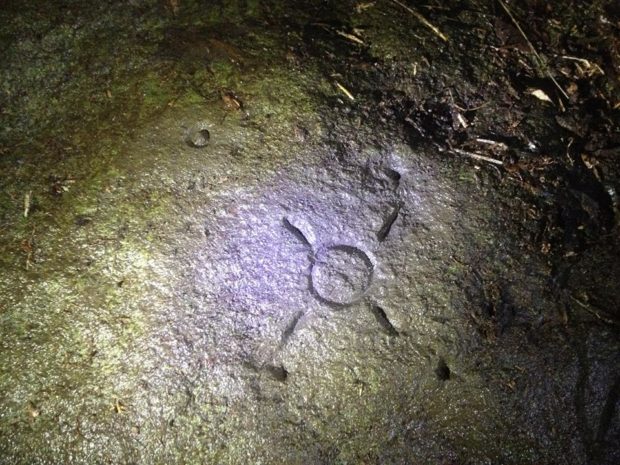 Why write a tell-all book? Cork has a bit of Captain America syndrome. He believes in truth, justice and the American way. He hates communism, most politicians and considers lying to be among the worst of human traits. It was bad enough to say he was an expert in the sought after treasure and to be fair he had studied as much as possible prior to filming so he could understand the mission he was undertaking. But to flat-out fake a TV “reality” show turned out to be against his better self. He is running a crusade to expose a multi-million dollar industry deception. This book does not hold back anything, not one iota, and if you are interested in reality shows then you should read it. 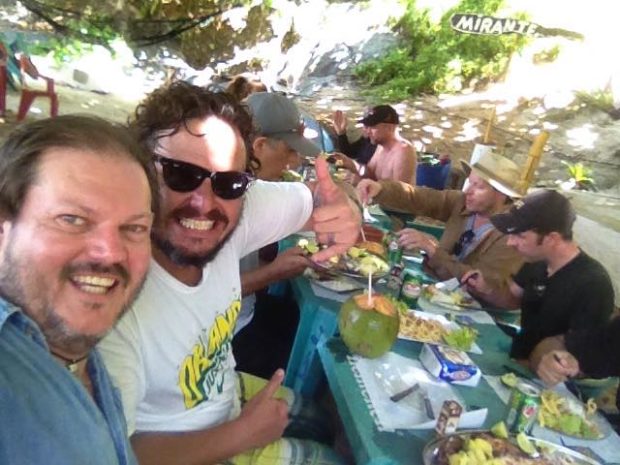 The hardship of the jungle.

Big personalities make up reality programming. Ideally you try to find a big personality with some credentials. Take Snake Island’s Mehgan Heaney-Grier, she is a legitimate record setting freediver – something that could really come in handy, had prior TV experience and is gorgeous. Cork is an expert outdoorsman comfortable in the jungle, tracking game, living off the land and land navigation with a deep voice and booming laugh – and he has hunted for treasure. Keith Plaskett is a battle hardened Navy veteran who lives in Peru, and is actually a sea captain. Here is where the cast takes a weird turn: Jeremy Whalen, billed as an expert at something-or-other, has some big issues and according to the book should be in an institution at the very least. Brett Tutor, who on his website, describes himself as “The chiseled Renaissance man who People Magazine calls ‘much more than just a pretty face’ has an incredibly diverse resume reflecting his seemingly endless talents.” But the resume includes dropping out of college and then dropping out of the Air Force after only four months. But hey, he is cute so quantifiable achievements be dammed.

At the end of Season 1, Jeremy Whalen executes a brutal attack on Cork with a sucker punch that split Cork’s eye wide open. Brett Tutor assisted Whalen. Cork was helping Keith “Cappy” Plaskett after Cappy tied on a big drunk and Whalen didn’t like something Cork said. Cork goes into a deep dive into the psychology and background and if only a fraction of what this guy as done is true don’t let him near your wife or kids. The book also says a lot about the type of person that will be on a reality show for cheap. 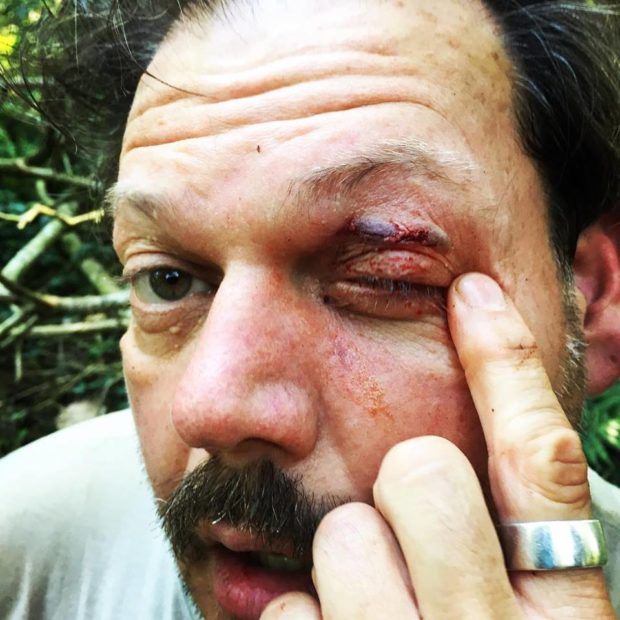 After the attack by Jeremy Whalen and Brett Tutor.

But they were on a snake infested island right? No. Most of the scenes where shot near a resort. One of the scenes was shot in California. What also makes the book interesting is how reality shows are filmed and by whom. Since every reality show seems to somehow end in someone suing someone, as is the case with Cork, Discovery, Whalen and Tutor – you get to see how big companies protect themselves from suits by layering production companies and non-disclosure agreements with the talent. In short, people are disposable and for next to no money you can be one of their performing monkeys but gee, you were on TV. And you thought you were watching something that was real. Why don’t more people write books like these? Because they want the next gig and they live in fear of network lawyers. Cork apparently doesn’t want another reality gig and doesn’t care about being sued, because if his version is true then he has nothing to worry about.

The name of the book is So You Want to Be a “Reality” TV Star: Everything I Learned About Sex, Drugs, Fraud, Rock and Roll, and Vipers as Team Leader of Discovery Channel’s Treasure Quest: Snake Island…

The author is angry at Discovery Channel and the reality genre in general and it shows. Many parts are cringe worthy and honestly you will be dismayed that you ever believed the stuff you watched. You will never look at reality TV in the same way. That is what makes this book so good.