Democratic California Rep. Katie Hill and her defenders have said the congresswoman is the victim of a double standard, but history indicates otherwise.

Hill is resigning over alleged extramarital affairs she had with two different staffers. She admitted to having an “inappropriate” affair with a female campaign staffer, but denied having an affair with a male congressional aide, which would have violated House ethics rules.

Hill blamed her resignation Thursday on what she called a sexist double standard — a line that multiple media outlets echoed in their coverage of her resignation.

Here are some examples:

Former Republican Texas Rep. Joe Barton announced in his retirement in 2017, after a nude photograph of the congressman was posted online, revealing an extramarital affair. Barton apologized for the photo and left Congress after his seventeenth term.

An extramarital affair cost former Republican Indiana Rep. Mark Souder his job as well. Souder resigned in 2010 after he admitted to having an affair with one of his congressional staffers — the same allegation that Hill faced before she announced her resignation.

Former Republican New York Rep. Chris Lee resigned in 2011, after left-wing blog Gawker published a shirtless photo the married congressman sent to a woman other than his wife. Unlike Hill, Lee was not alleged to be involved with any of his own staffers. (RELATED: Ocasio-Cortez, Omar, Pressley Rally Behind Democrat Accused Of Using Staffers For Extramarital Sex)

Former Republican Pennsylvania Rep. Tim Murphy resigned in 2017 after admitting to an extramarital affair. Murphy reportedly encouraged his mistress to have an abortion after she became pregnant.

Former Democratic New York Rep. Anthony Weiner resigned from Congress in 2011 after he was revealed to have sent explicit photographs of himself to a number of women. Weiner’s sexting scandals continued after he left Congress — his 2013 mayoral bid was scuttled after he was exposed sexting under the name “Carlos Danger” — and he later served time in prison in relation to sexually explicit messages he exchanged with an underage girl. 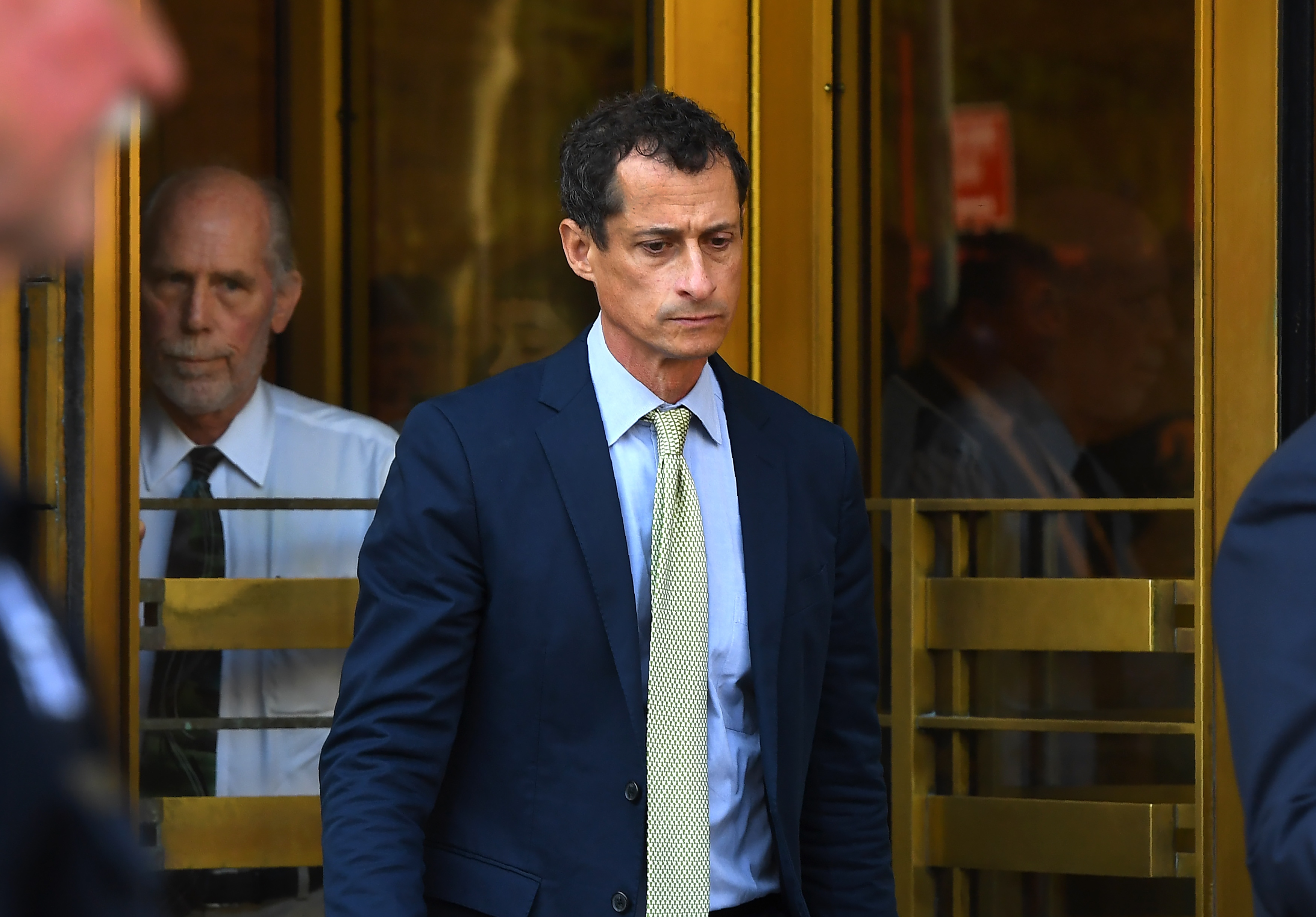 Anthony Weiner, a former Democratic congressman, leaves federal court in New York on Sept. 25, 2017 after being sentenced for 21 months for sexting with a 15-year-old girl. (TIMOTHY A. CLARY/AFP via Getty Images)

More than two decades before Hill’s resignation, former Republican Louisiana Rep. Robert Livingston announced his resignation from Congress in 1998 after admitting to an extramarital affair.