The presidency of Donald Trump has changed the Republican Party forever, and perhaps no politician better reflects that change than Republican Florida Sen. Marco Rubio.

Rubio and Trump famously clashed during the 2016 Republican presidential primaries, with Rubio representing the last hope for the party establishment to take down Trump. It didn’t work, but instead of taking his ball and going home, Rubio has adapted to a changing party.

Rubio’s evolution was evident Tuesday morning during a speech at Catholic University of America in Washington D.C. During his roughly 30 minutes on the podium, Rubio touted “Common-good Capitalism,” which he says will counter the “false choice” between unrestrained capitalism and socialism. He also spoke at length about the dignity of work, and how millions of Americans have been left behind at a time of historic economic growth. (RELATED: Marco Rubio Rebukes Democrats’ Attempts To Get Rid Of The Electoral College)

The way forward for America is not socialism or a disordered economy that neglects the creation of dignified work.

We need Common Good Capitalism in which the private sector & workers fulfill their obligations to each other & the country is better for it. https://t.co/tofRmfcdSk

“We have been left with a society and an economy that nobody seems happy with,” Rubio told the packed auditorium at Catholic University’s Maloney Hall.

Rubio’s speech was notable because he didn’t place the majority of the blame for society’s ills on either political party, and even took his own party to task for prioritizing big business over working people.

“We have neglected the rights of workers,” Rubio said of the Republican Party.

Mostly, however, Rubio avoided making partisan politics part of his speech. Rubio did not specifically name Trump nor any other politician in his speech, instead drawing the inspiration for “Common-good Capitalism” from his deep Catholic faith, and more specifically the teachings of Pope Leo XIII. (RELATED: SCHILLING: The Marriage Between Conservatives And Corporate America Officially Over)

Rubio’s speech echoed a recent op-ed he wrote for the Daily Caller News Foundation, where he focused on the decline of the American family and its effect on the country’s morale. Rubio lamented the low rates of marriages in newer generations, which he sees as the root of the despair that is currently overwhelming the American dream.

“Part of the problem lies with underlying shifts in family development. To many Americans, marriage now resembles a luxury good — a trend that precludes stable households from forming in the first place,” Rubio wrote. “An economic gap has emerged in which working-class Americans are marrying less and less frequently.”

The senator cited a book by renowned political scientist Charles Murray, which pointed to data showing that marriage has become a commodity for the rich, and something that is unattainable for middle and lower-class Americans. Most Americans born into those social classes don’t grow up in stable households anymore, and become disillusioned beginning in childhood. (RELATED: Marco Rubio Weighs In On NFL Rules Controversy)

In order to battle these cultural challenges, Rubio has fully embraced economic populism. But, Rubio isn’t just writing op-eds and giving speeches, he’s putting his money where his mouth is when it comes to changing the way the American right approaches economics. For the past two years, Rubio has worked with Ivanka Trump to push the Republican Party to support paid family leave. In 2017, Trump and Rubio proposed a $25 billion program that would require six weeks of paid leave for new parents. The effort failed to gain traction, but Rubio has continued to push his party to put the interests of working class families over the interests of big business and corporations.

During debate over the Tax Cuts and Jobs Act, passed in 2017, Rubio threatened to vote against the Trump administration’s signature legislative achievement if it didn’t include more pro-family policy adjustments. While Rubio didn’t get everything he wanted in the bill, he helped get a $1,100 refundable child tax credit included in the legislation. Rubio once again introduced a paid family leave bill this Spring, alongside Republican Utah Sen. Mitt Romney, and Republican Reps. Ann Wagner of Missouri and Dan Crenshaw of Texas.

While the legislation has not been advanced through Congress, it’s clear that Rubio is helping shift the overton window in the party towards more pro-family initiatives. Rubio’s alliance with the populist and culturally conservative wings of the party has enraged some of his 2016 supporters, many of whom have remained embittered by Trump’s takeover of the Republican Party. 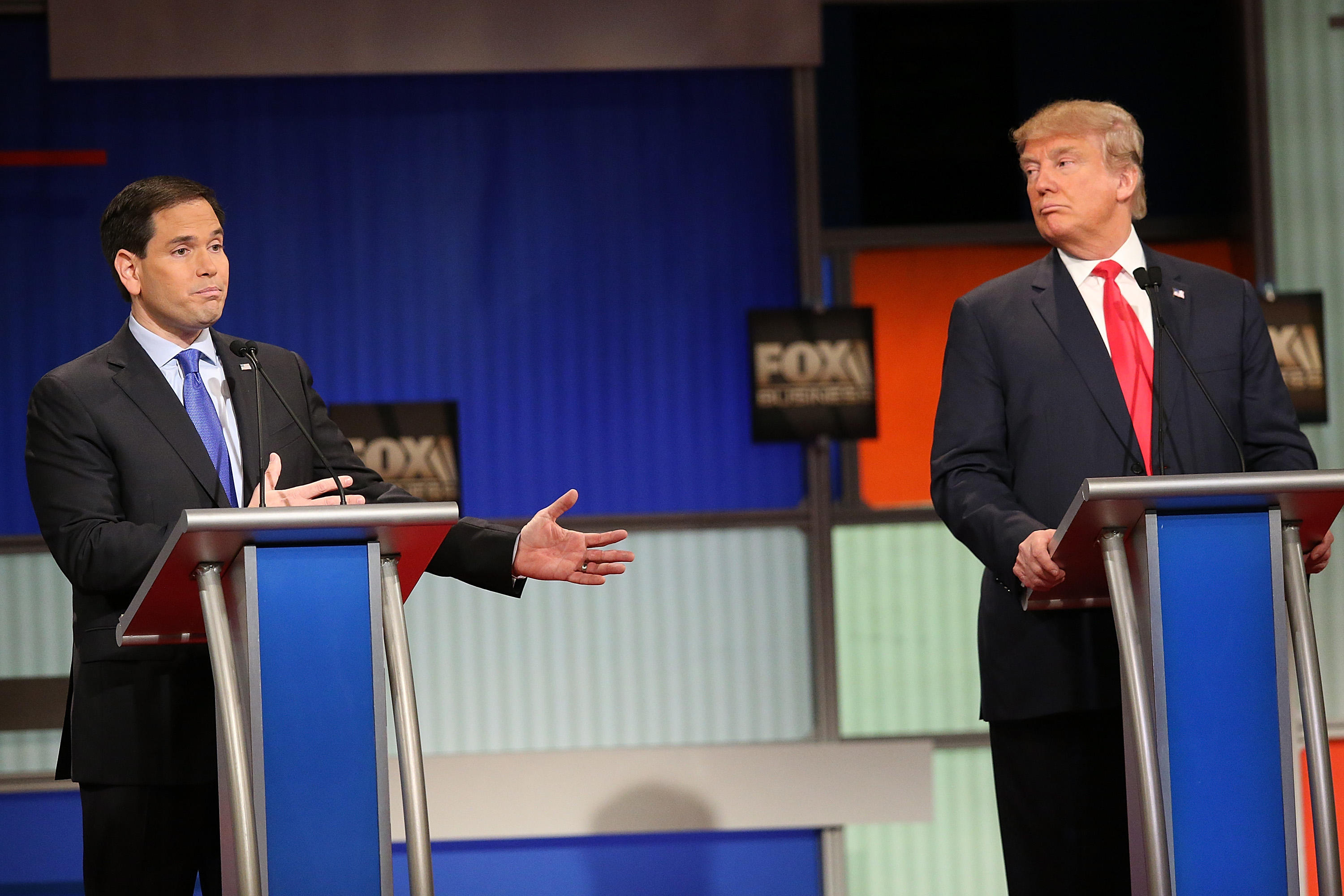 However, Rubio seems to have genuinely learned from the results of the 2016 presidential election, when he and 15 other Republicans were trounced by Trump. During that campaign, Rubio struck a sunny, optimistic tone about America, while offering boilerplate conservative solutions to the problems of everyday Americans. But, unlike many of his former supporters, Rubio has come to appreciate that soundbites about the importance of free markets and small government don’t really do much for working class Americans who are struggling to pay the bills and provide for their families.

While embracing a more nuanced economic policy, the senior senator from Florida has not deviated from his optimistic approach to politics. During his speech at Catholic University, Rubio talked about a “New American Century,” which was the slogan for his 2016 presidential campaign. Rubio’s brand of optimistic populism could be a pathway forward for the Republican Party in the post-Trump era.

Ahead of the 2016 presidential election, Rubio was widely considered the future of the Republican Party. He still might be, although for reasons nobody could have anticipated four years ago.

1
Elizabeth Warren Questions If Americans 'Want Someone Who Lies To Them'
Politics
2
Adam Schiff: Removing Trump Urgent Because He’s ‘Threatening’ To ‘Cheat In The Next Election’
Politics
3
Lindsey Graham Unloads On Pelosi: She 'May Pray Privately, But She's Orchestrated The Trial Of Holy Hell'
Politics
4
'The Senate Is On Trial': Nadler Says The Impeachment Is No Longer Just About The President
Politics
5
'We Just Saw The Pictures': Chris Wallace Challenges Hakeem Jeffries' Claim That Souvenir Pen Ceremony Was 'Solemn'
Media