In a major defeat for illegal alien advocates, voters in Tucson, Arizona, overwhelmingly rejected a proposal to designate it as the state’s one and only “sanctuary city.”

Tucson voters on Tuesday resoundingly opposed an initiative, known as Proposition 205, that would have given sweeping protections to illegal aliens, and prohibit local law enforcement from working with Immigration and Customs Enforcement (ICE) agents. At the close of the polls, over 71% of voters rejected the measure.

Notably, the measure was opposed by every member of the Tucson City Council — all of whom are Democrats. The council members were concerned that its passage would lead to the loss of millions of dollars in federal and state funding. Leaders were very aware of the Trump administration’s fight against other local jurisdictions that have passed sanctuary policies, threatening to withhold federal grants as punishment.

Council members were also concerned that the measure would prohibit the city from working with federal law enforcement on issues that have no relation to immigration enforcement. 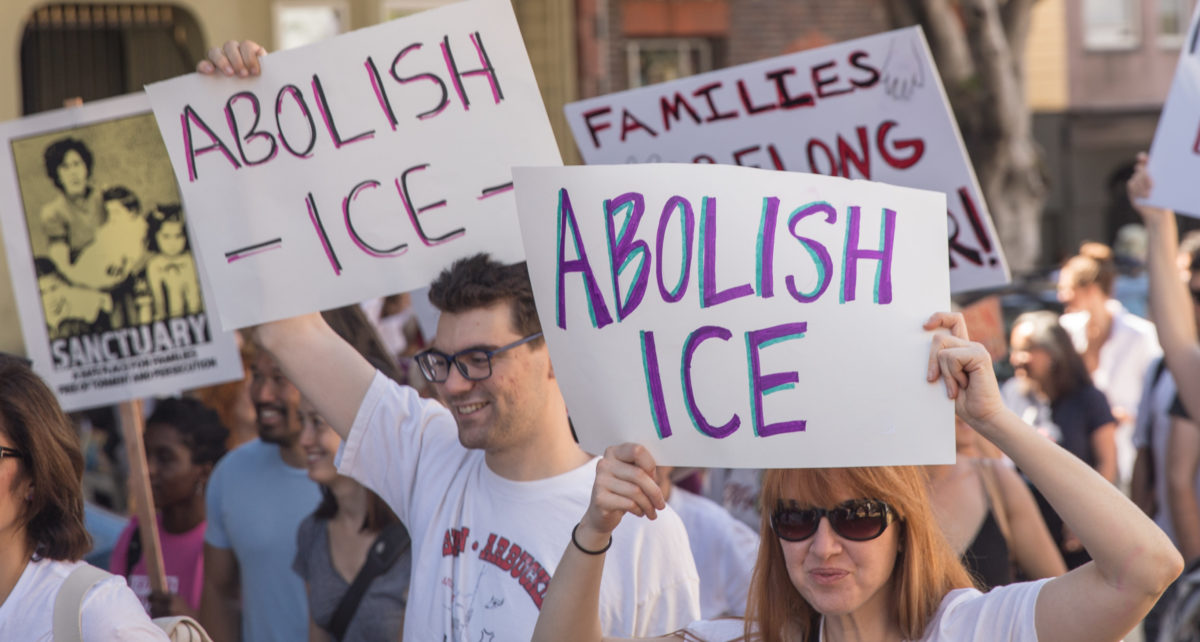 “While there are more than 560 sanctuary jurisdictions throughout the country, citizens nationwide are voicing their concerns and stymieing dangerous sanctuary laws. At the state level, Florida recently adopted anti- sanctuary laws. At the local level, Montgomery County, Maryland, has experienced a spate of violent crimes at the hands of illegal aliens, and also just incorporated anti-sanctuary policies,” Tragesser continued.

The proposal’s defeat was more remarkable given the political and racial makeup of Tucson. The southern Arizona city is heavily populated by Hispanic individuals, and has long been a Democratic bastion in an otherwise red state. Every member of the city council, the mayor’s office, and all three congressional districts that cover the city are controlled by the Democratic Party.

Despite this, only 28.6% of voters supported the sanctuary measure Tuesday.

Proposition 205 would have largely restricted city police from inquiring about an individual’s immigration status. It would have also prevented police from cooperating with federal immigration authorities in regard to immigration raids and other activities by the agency.

The measure — also referred to as “Keeping Tucson Families Free and Together” — was introduced as a rebuke to a 2010 law passed by state legislators that bans sanctuary cities in Arizona. The People’s Defense Initiative, a pro-immigrant group, campaigned for its passage. (RELATED: Sanctuary County Rolls Back Its Anti-ICE Policy Following String Of Illegal Aliens Charged With Rape)

“We are incredibly proud of the hard work and inspiring commitment of our team and the hundreds of Tucsonans who made this campaign their very own,” read a statement from the People’s Defense Initiative following the vote, despite losing by huge margins. “Through this effort, we were able to uplift an important city-wide conversation that changed Tucson for the better.”

As Tucson residents soundly rejected the sanctuary proposal, they also elected Regina Romero as their next mayor — the first Latina to hold the position.

“Tucson’s rejected sanctuary proposition should serve as a model for other jurisdictions wishing to fight back against policies that minimize public safety and encourage more illegal immigration into communities,” Tragesser said.