Republican Ohio Rep. Jim Jordan denied he knew of “any kind of sexual abuse” after a referee filed a lawsuit Thursday alleging he informed the former Ohio State assistant coach that disgraced Dr. Richard Strauss masturbated in front of him in 1994.

The lawsuit alleges that the referee, dubbed John Doe 42, told Jordan about the incident with former Ohio State University Dr. Strauss, and that the representative replied, “Yeah, that’s Strauss,” NBC News reported. The lawsuit filed in Ohio implies that Jordan shrugged off the incident.

“Congressman Jordan never saw or heard of any kind of sexual abuse, and if he had he would’ve dealt with it. Multiple investigations have confirmed this simple fact,” Jordan’s communications director Ian Fury told the Daily Caller News Foundation.

John Doe 42 told NBC News that he wants Jordan to “stand up and do the right thing and admit” he had knowledge of Strauss’ actions, “because everybody knew what he was doing to the wrestlers.”

“What was a shock to me is that Strauss tried to do that to me. He was breaking new ground by going after a ref,” John Doe 42 alleged.

A senior Republican aide told the DCNF, “It’s funny how the mainstream press digs up this dirt just as Congressman Jordan is taking the lead fighting back against impeachment.” 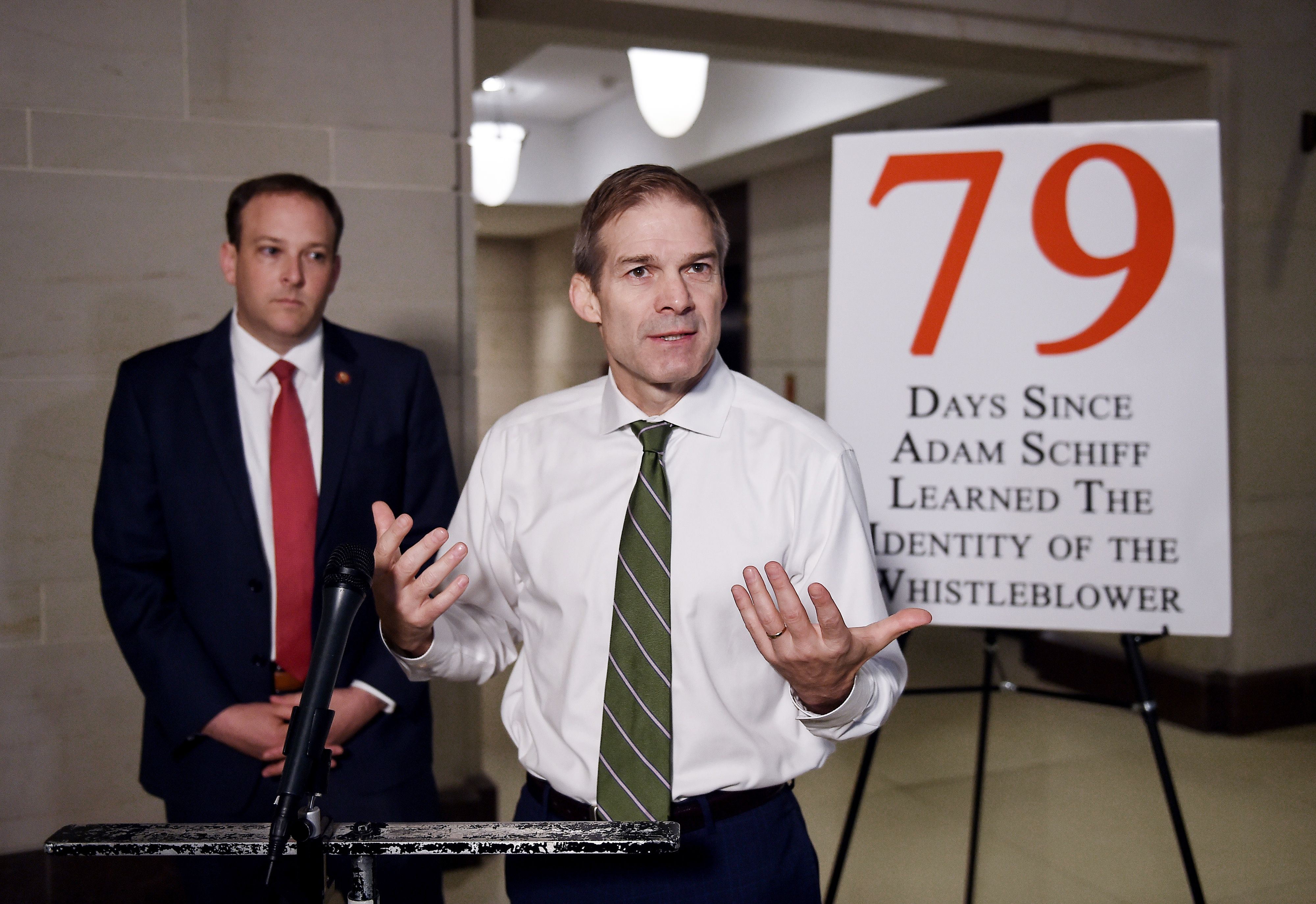 U.S. Rep. Jim Jordan speaks to the media outside of the Sensitive Compartmented Information Facility (SCIF) at the U.S. Capitol in Washington, D.C. (OLIVIER DOULIERY/AFP via Getty Images)

Jordan has been vocal in condemning Democrats’ efforts to impeach President Donald Trump and spoken out against the closed-door testimonies going on in the House. He told reporters in October that House Intelligence Committee Chairman Adam Schiff, a California Democrat, “has prevented the witness from answering certain questions we have during the deposition.”

“It seems interesting to me that chairman Schiff is so sensitive,” Jordan said.

He added on “Fox & Friends” in October that Democrats are not following due process and that Republicans are united against the impeachment inquiry. The inquiry is “a sham,” Jordan said as he continued his fight against Democrats’ efforts.

“It’s not going to change anything. I think you will see every single Republican vote against it,” he said. (RELATED: MSNBC Cuts Off Jim Jordan Just As He Starts To Talk About The Whistleblower)