The House Ethics Committee is investigating Democratic Florida Rep. Alcee Hastings for an alleged improper relationship with one of his congressional staffers, the committee announced Thursday.

“The Committee is aware off public allegations arising out off Representative Alcee Hastings’ personal relationship with an individual employed in his congressional office,” the committee’s co-chairs said in a press release. The committee first opened its Hastings investigation May 14, according to the release.

Hastings has long faced scrutiny over his employment of his girlfriend, Patricia Williams, in his congressional office. The House voted in February 2018 to prohibit sexual relationships between members of Congress and their staffers. (RELATED: Maxine Waters Paying Daughter Over $100K In Campaign Funds)

“I have cooperated with the Committee since May 14, 2019. As they continue to conduct their work, I stand ready to fully cooperate with their inquiry,” the congressman said in a statement released by his office Thursday.

He previously faced accusations of making unwanted sexual advances toward another female staffer, who received a $220,000 taxpayer-funded settlement in 2014 for her claims. 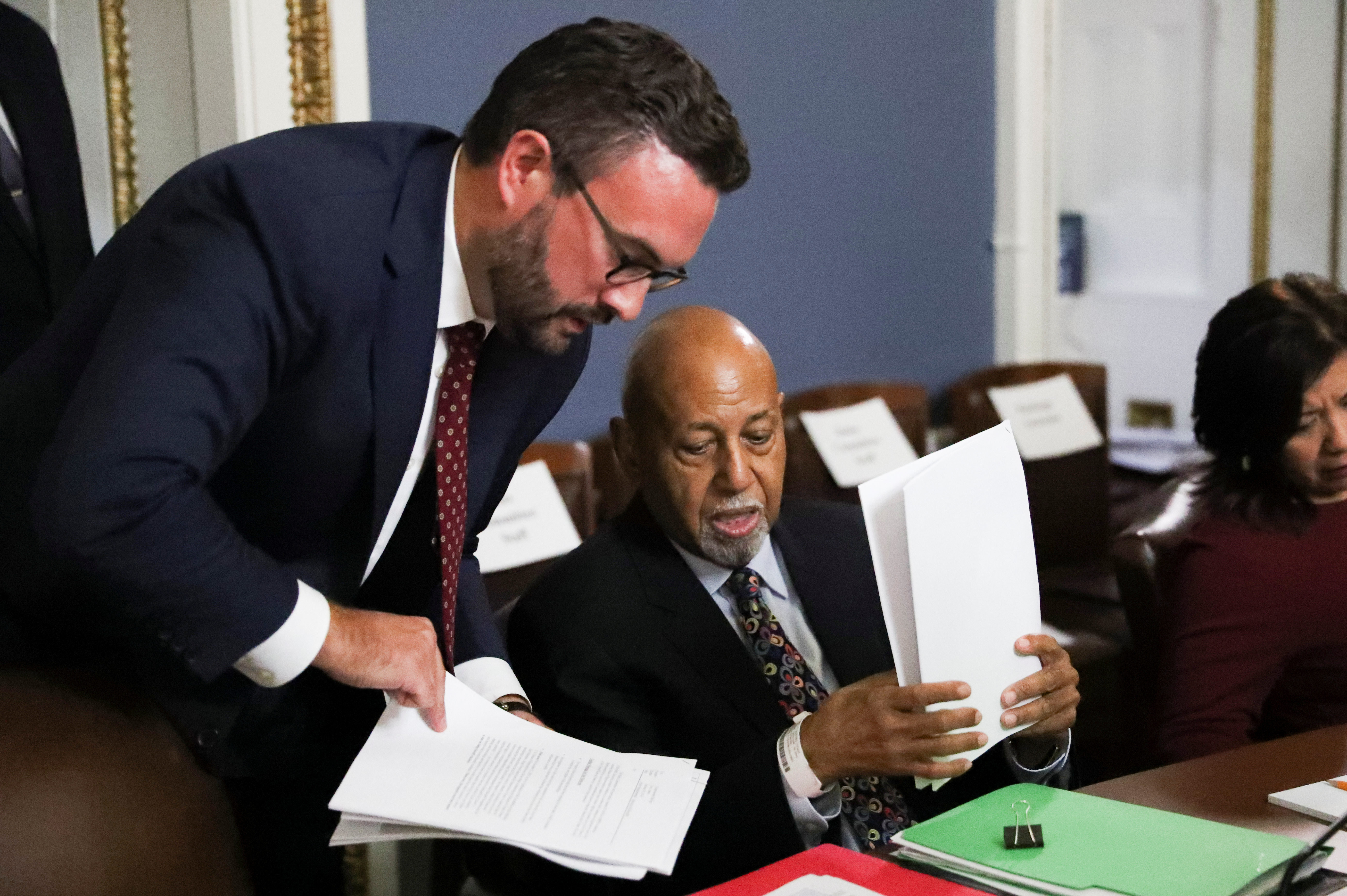 Hastings is the third House Democrat in 2019 to face an ethics investigation for an alleged improper relationship with a staffer.

Former Democratic California Rep. Katie Hill resigned in October after the committee announced an investigation into her alleged relationship with a male staffer. Hill denied that relationship, but admitted to an “inappropriate” extramarital affair with a female campaign staffer.

Michael San Nicolas, Guam’s non-voting delegate to Congress, is facing a similar investigation but hasn’t stepped down, unlike Hill.