The majority of Americans strongly support religious freedom and remain opposed to government interference in religion, a study conducted by the Becket Fund found.

The study, contained in the Becket Fund For Religious Liberty’s first annual Religious Freedom Index released Wednesday, shows that respondents strongly support protections of religious freedom, which the organization defines as the “free expression of all faiths.” The study polled a nationally representative sample of 1,000 American adults in an online survey conducted throughout September and October, scoring individual responses on an index indicator scale of zero to 100, with zero representing minimal support for religious freedom and 100 indicating robust support.

The study found that the majority of Americans support religious freedom protections, a majority which represents the index indicator score of 67 out of 100 points. The study also found that Americans are “uncomfortable with the idea of the government penalizing groups and individuals for living out their religious beliefs,” and that Americans support “a culture of accommodation for minority faith practices.”

“Overall, the results show that all Americans 18 and up share a strong support of robust religious freedom protections,” Becket’s Director of Research, Caleb Lyman, told the Daily Caller News Foundation. “For millennials specifically, they outperform other age groups in their desire to protect minority faiths, including their religious practice in the workplace. In addition to millennial’s’ strong desire to protect minority faiths, they also report experiencing religious discrimination at a higher rate than older generations.” 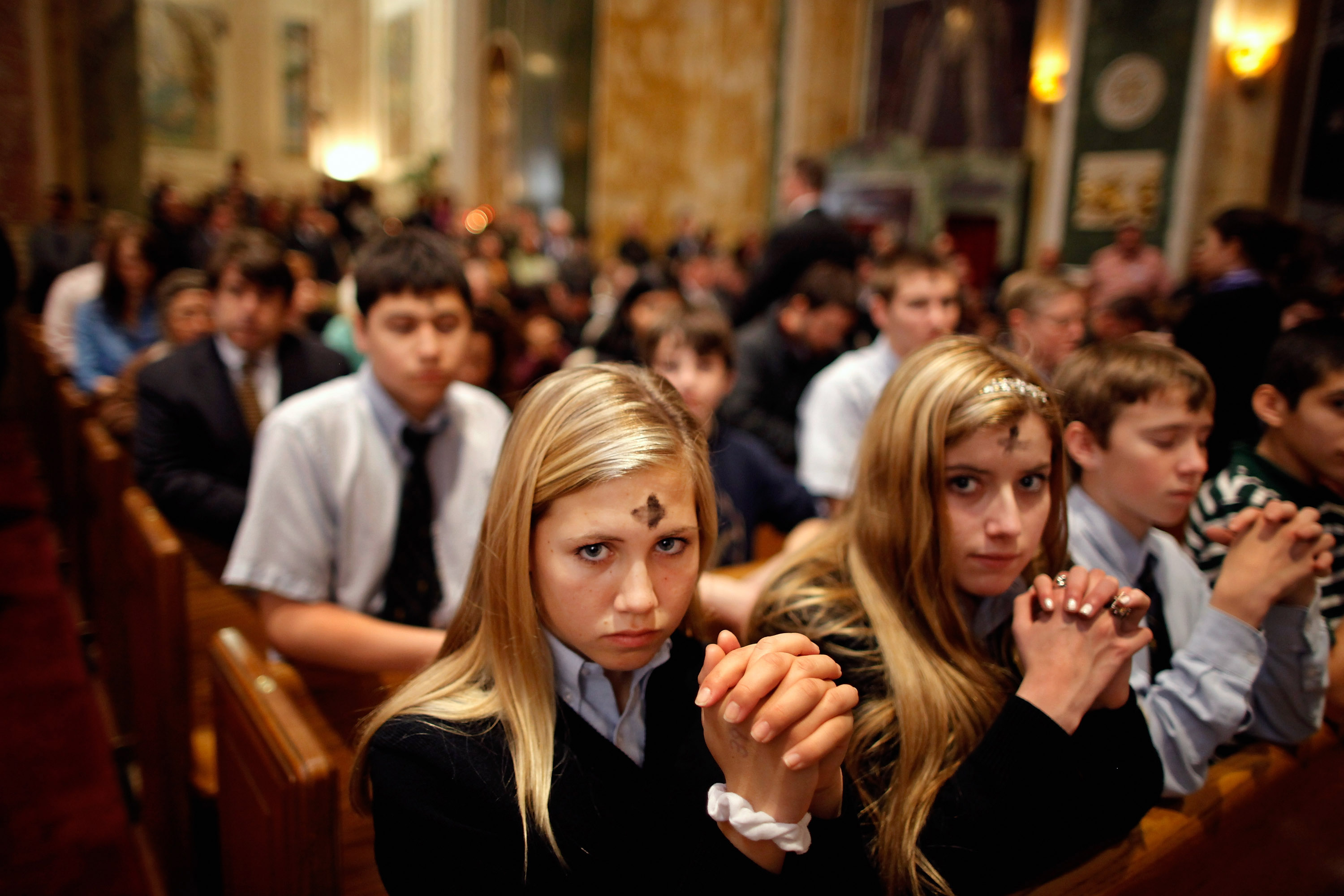 Marked with a cross of black ash on the forehead, Catholics pray during an Ash Wednesday Mass at the Cathedral of St. Matthew the Apostle in Washington, D.C. (Photo by Chip Somodevilla/Getty Images)

Support for the accommodation of minority faith practices comes despite “popular narratives of increased tribalism and polarization.” (RELATED: Democratic Candidates Speak Out On Christian Faith’s Compatibility With LGBTQ Issues)

“Across dimensions, we saw public support well above 70 percent on many issues, indicating that the concept of religious freedom maintains its place as a core American cultural value,” the study said. “And yet, the level of news coverage, discussion, and policy efforts surrounding religious freedom indicate that it sits at a historical inflection point.”

Becket President and senior counsel Mark Rienzi said that the Religious Freedom Index is intended to be a resource for understanding religious freedom in America.

“Over the last 25 years, Becket has made a name for itself as the premier religious liberty law firm in the nation, representing people of all faiths and political views. We are eager to contribute a new tool for understanding American’s sentiments towards our first freedom,” Rienzi said in a statement to the Daily Caller News Foundation.(RELATED: Jesuit Priest’s Comment On Homosexuality Unveils The ‘Most Insidious Problems Facing All Christians Today,’ Theologian Says)

“Over time, we hope the Religious Freedom Index will become an essential resource to anyone who studies attitudes about religion and religious freedom in America,” the president added.