The vice president spoke Tuesday at the Administration for Children and Families’ 2019 National Adoption Month Celebration, where he praised President Donald Trump’s administration as the “most pro-adoption administration in American history.”

“We also understand the role that communities of faith play in adoption and we’re going to continue to support many faith-based organizations that have always and will continue to play a vital role in helping vulnerable children find forever homes,” Pence said.

He said he could not be more proud of Trump’s direction on these matters, referring to the administration’s action taken against Obama-era impositions on religious liberty, jeopardizing “the ability of faith-based providers to serve those in need by penalizing them for their deeply held religious beliefs.”

“We will stand for the freedom of religion and we will stand with faith-based organizations,” Pence added. (RELATED: Pence Says He’s Never Had A ‘Greater Honor’ Than Casting The Final Vote To Defund Planned Parenthood) 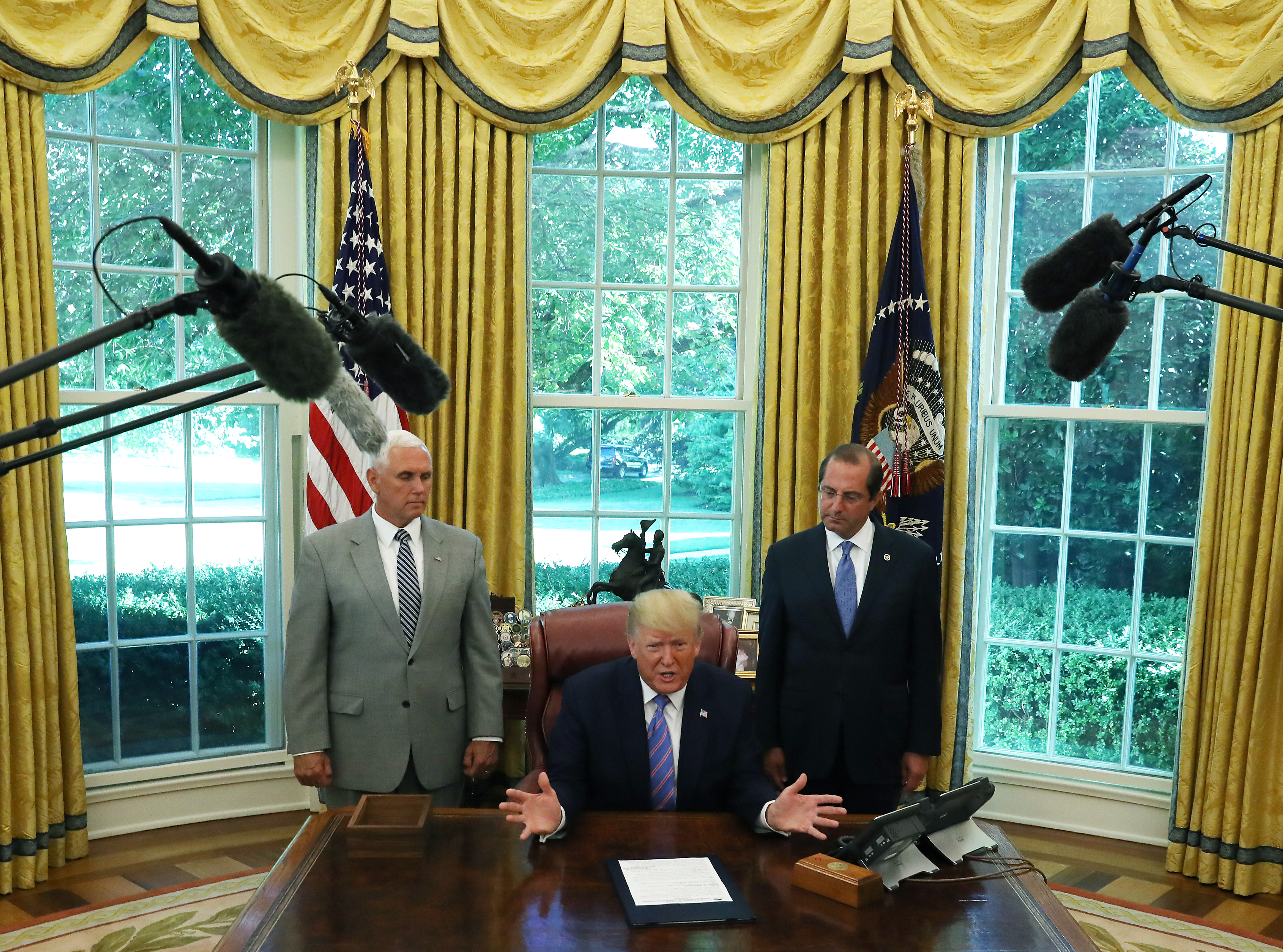 US President Donald Trump speaks to the media after signing a bill for border funding legislation while flanked by Vice President Mike Pence.(Photo by Mark Wilson/Getty Images)

Pence also commended HHS Secretary Alex Azar for his proposal of a rule Nov. 1 that would erase Obama-era requirements requiring faith-based adoption providers to allow LGBTQ parents to adopt children, regardless of these adoption providers’ beliefs.

“The proposed rule represents the Trump Administration’s strong commitment to the rule of law — the Constitution, federal statutes, and Supreme Court decisions,” according to HHS in a statement Nov. 1. “These require that the federal government not infringe on religious freedom in its operation of HHS grant programs and address the impact of regulatory actions on small entities.”

The Obama-era ruling “limits the good done for needy kids by faith-based agencies because of their longstanding beliefs about marriage,” Andrea Picciotti-Bayer, legal adviser for the Catholic Association Foundation, said in a Nov. 1 statement to The Washington Post. “Agencies that find loving foster and adoptive homes shouldn’t be subject to ideological shakedowns by the government.”

Trump has promised to assist faith-based adoption agencies in helping children without compromising their faith. The president assured those at a National Prayer Breakfast in February that he will do his best to “help vulnerable children find their forever families while following their deeply held beliefs.”

Azar also delivered remarks at the National Adoption Month Celebration, congratulating award-winners who were honored at the event. (RELATED: Klopfer’s Former Patients Speak Out Against Abortion Doctor Who Hoarded Over 2,000 Fetal Remains, Telling Stories Of Fear And Violence)

“With this administration’s commitment to your cause, I look forward to seeing what we can achieve together,” Azar told those assembled. “Together, we’re giving kids more than just a permanent home — we’ll give them permanent hope.”

Azar emphasized that adoption gives children not only short-term stability and love but also a “safe and stable platform for kids to grow into stable, responsible, and self-sufficient adults.”

“In all of our human services work at HHS, our overarching goal is to promote independence, personal responsibility, and self-sufficiency—to help Americans lead flourishing, fulfilling, independent lives,” the secretary added. “That means using our programs for low-income Americans to support work, marriage, and family life.”