Thursday’s long-expected indictment of Israeli Prime Minister Benjamin “Bibi” Netanyahu would be enough to end the career of another politician, in another country.

With Bibi, don’t count on it.

The 70-year-old leader of Israel’s conservative Likud Party is already the longest-serving prime minister in Israel’s history, and he very well may be in office for many years to come. (RELATED: Netanyahu To Be Indicted For Bribery, Fraud, And Breach Of Trust)

Here are some reasons Netanyahu’s longevity may continue despite the indictment:

Trump. Israelis love President Trump, and they associated Netanyahu with Israel having the strongest ally in the White House in its history. Indeed, Bibi has carefully cultivated that image, posing with Trump in election posters and trumpeting American steps in support of Israel that tend to be announced right before an election or other political event. 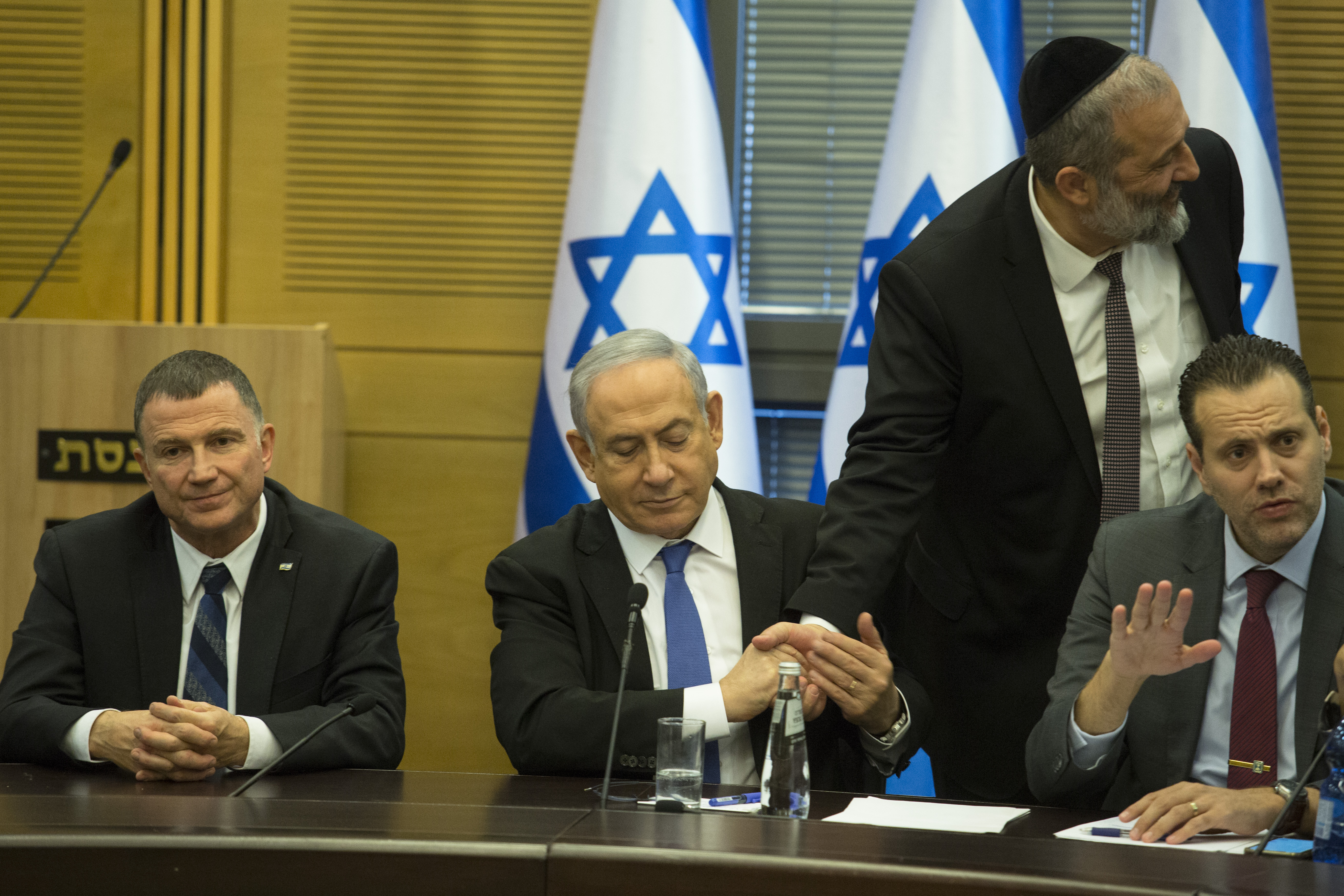 Bibi has a big coalition behind him. While on its own Likud cannot quite put together the 61 seats needed for a majority, Netanyahu has snuffed out the long-standing fickleness of the religious parties. Those parties, which are generally not Zionist, have served in both left-wing and right-wing governments, as long as their issues (such as aid to their religious schools) have received attention. Bibi has carefully cultivated relationships with the religious parties, who now seem off-limits to a center-left coalition.

Jewish Israelis won’t tolerate Arab parties in the government. The only practical way Likud’s main opposition, the Blue and White Party, could assemble a coalition that doesn’t include Likud is to invite what is now the Joint List of Arab parties to join it. Any Israeli politician who does that risks self-immolation; when Blue and White leader Benny Gantz was seen considering such a move, he quickly retreated.

He has no logical successor within Likud. Bibi has avoided grooming a successor, and there is no consensus candidate to lead the Likud (and thus the country) should Bibi leave his post. That’s on purpose. Netanyahu, and especially his wife Sara, have zealously worked to punish perceived enemies and reward loyalists. Potential rivals have been pushed out. (RELATED: Israel Goes Back To The Polls: What The Snap Election Means For Trump’s Peace Plan And The Country’s Future)

The corruption charges don’t seem dramatic. Most Israelis are not animated by the details of the charges. They may generally feel Netanyahu is corrupt, but the specific accusation he traded regulatory benefits for news coverage has not taken hold as a perceived Great Sin. Israelis seem more interested in how the accusations play out politically than what Netanyahu may have actually done, and that is reflected in news coverage in both Hebrew and English. 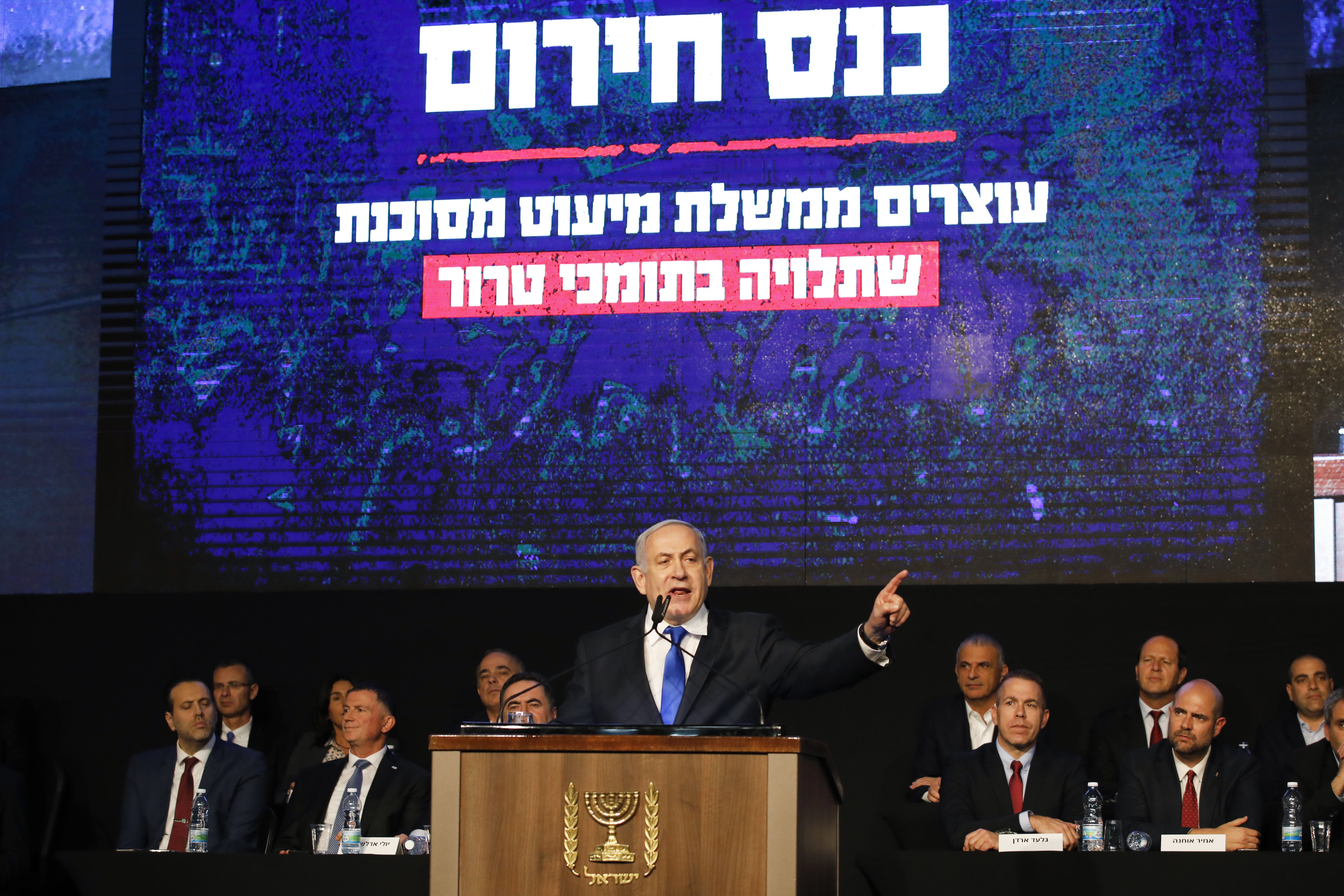 Israeli Prime Minister Benjamin Netanyahu addresses his supporters during a Likud conference in the coastal city of Tel Aviv on November 17, 2019. (Photo by Menahem KAHANA / AFP) (Photo by MENAHEM KAHANA/AFP via Getty Images)

He has kept Israel safe. Whatever his faults, Israelis remember the years before his current stretch in office, in which bus bombings and terror attacks kept them on edge. While Israel still faces recurrent rocket attacks, and many Israeli politicians share responsibility for Israel’s relative calm of the last decade, Netanyahu usually gets credit for Israel’s current sense of security.

Under Israeli law, a prime minister can remain in office even if convicted in court, all the way through the final appeals process. That could be a very long time. Meanwhile, Israelis may see no change to the sobriquet his supporters sometimes use for him: “Bibi, King of Israel.”