Ernst has been outspoken over what she says is a partisan VAWA bill that focuses largely on guns and doesn’t allow for Due Process. The senator previously told the Daily Caller News Foundation that she worked for months to make a bipartisan version of the bill and that Democrats walked away from the table to introduce their own partisan version.

She accused Schumer of pushing for the bipartisan bill to be dropped because Democrats don’t want to give Republicans, particularly her, a win. (RELATED: Bernie Defends Vote For 1994 Crime Bill, Admits It Contained ‘Very Bad Stuff’)

The Iowa senator is a domestic violence and rape survivor, and previously told the DCNF that this is a cause that she cares enough about to drop her name from the bill if she thought it would help make it pass. She is up for re-election in 2020.

“I do not need to be mansplained by Chuck Schumer … I am a survivor,” Ernst told reporters Thursday according to Radio Iowa News Director O. Kay Henderson. “I’m not afraid of anyone, folks. I have been through the worst of the worst and I am here today.” 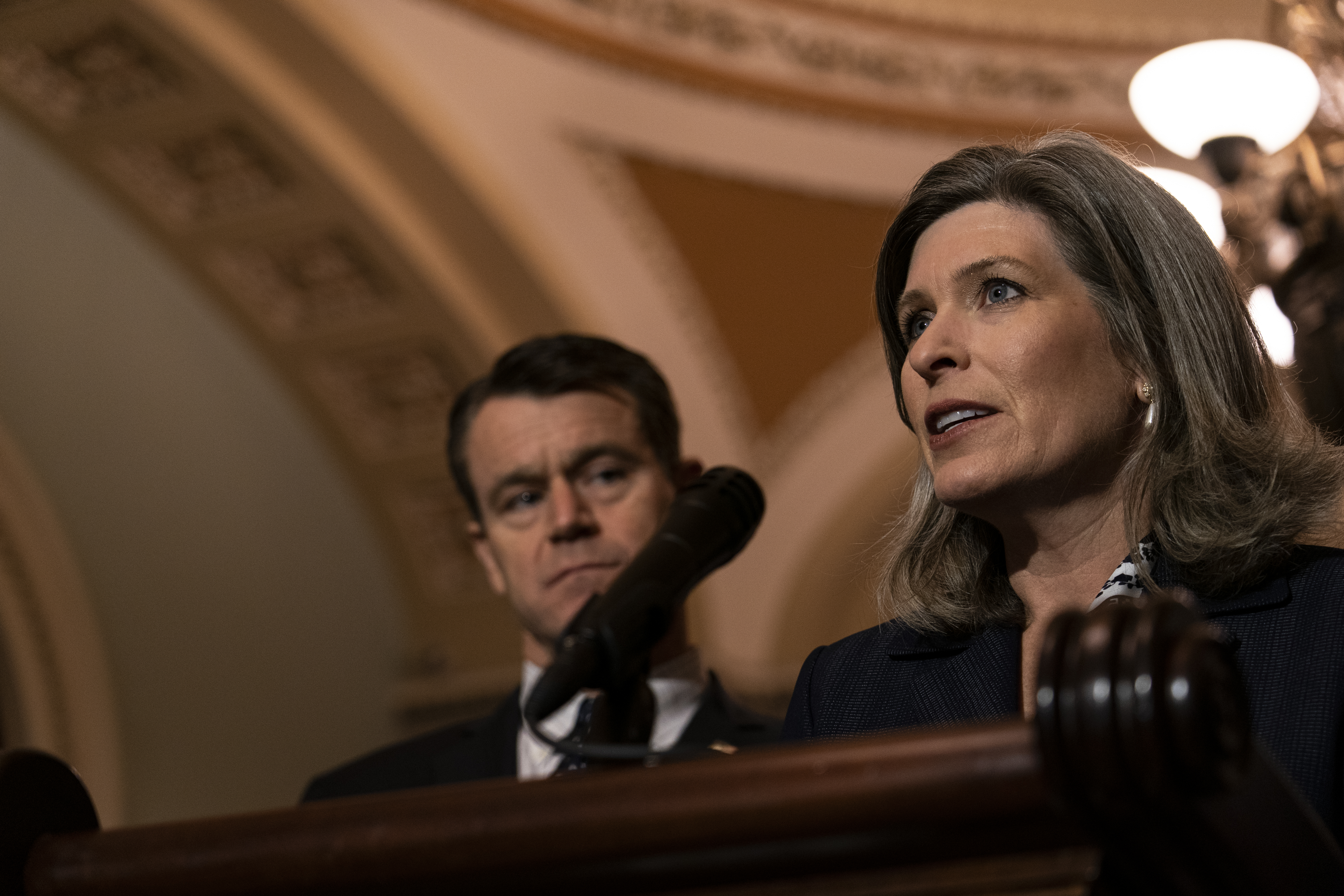 The fight between the two senators began weeks ago after Democrats walked away from bipartisan negotiations. Ernst spoke to the DCNF Nov. 15 about the partisan bill introduced by Democratic California Sen. Dianne Feinstein Nov. 13. She said then that Democrats walked away at Schumer’s urging, and reiterated this while speaking to the DCNF and other reporters Tuesday.

“Basically, anybody that’s up in 2020, Schumer doesn’t want to move on legislation sponsored by them,” Ernst added Tuesday.

Schumer has hit back at Ernst, accusing her of being “afraid of the NRA” and calling the GOP a “graveyard,” The Hill reported. He disagreed at the notion that he was slowing down the bill’s passing.

The Iowa senator announced her VAWA bill Wednesday to combat the version Democrats introduced Nov. 13. It would recognize sex trafficking as a form of sexual assault and include tribal jurisdiction provisions with language from the Indian Affairs Committee, among other things, Ernst told reporters Tuesday.

The bill does more than the Democrats’ proposal in some areas and focuses on issues that their bill has failed to tackle, according to a press release.

“As a survivor and someone who worked at a victim’s shelter during my time in college, I have a clear understanding of how vital it is for survivors to have resources and support in what can be some of the darkest times of their lives,” Ernst said, according to the press release. “Reauthorizing VAWA shouldn’t be a partisan issue — we should be putting the wellbeing of women and children of sexual and domestic violence first.”

Democrats hit back at Ernst’s bill Thursday, with the Senate Majority PAC tweeting that “she’s not serving the needs of domestic violence victims and those in the most vulnerable communities.”

The tweet was ill-received, with many pointing out that Ernst herself is a survivor of rape and abuse. As of the time of publication, the tweet had received numerous negative responses and one like, but remained on the Twitter page.