Democrats are pushing a Violence Against Women bill they know won’t pass in an effort to undermine Republicans, Iowa Sen. Joni Ernst told the Daily Caller News Foundation on Friday.

The legislation would update and reauthorize the 1994 Violence Against Women Act (VAWA), which aims to protect victims of domestic violence, for five years. Ernst, who announced earlier in 2019 that she is a survivor of domestic abuse, told the DCNF that Democrats walked away from months of bipartisan negotiations.

“The Democrats decided they were going to walk away,” Ernst told the DCNF. “It’s more about political talking points than actually finding real results and providing resources for survivors.”

Ernst has been vocal about the VAWA bill, calling out her fellow senators Nov. 7 for halting negotiations, according to a press release. She noted then that “Democrats cannot afford to be seen as giving Republicans a win.”

“We’ve met numerous times, held discussions, and negotiated in a way that has produced real progress. But, just this week, after months of work and mountains of effort toward a bipartisan bill, it all came to a screeching halt,” Ernst previously said, according to the press release. “Once again, the Democrats are putting politics ahead of people — and have decided to move forward on the House-passed VAWA bill.”

“The House bill is a non-starter and is chalk full of partisan political talking points that take us further away from, rather than closer to, a bill we can get over the finish line.”

Democratic California Sen. Dianne Feinstein introduced the Senate companion to the House-passed bill Wednesday. This is the partisan alternative to what Feinstein had been working on with Ernst for about eight months, the Iowa senator told the DCNF.

Feinstein did not respond to multiple requests for comment. 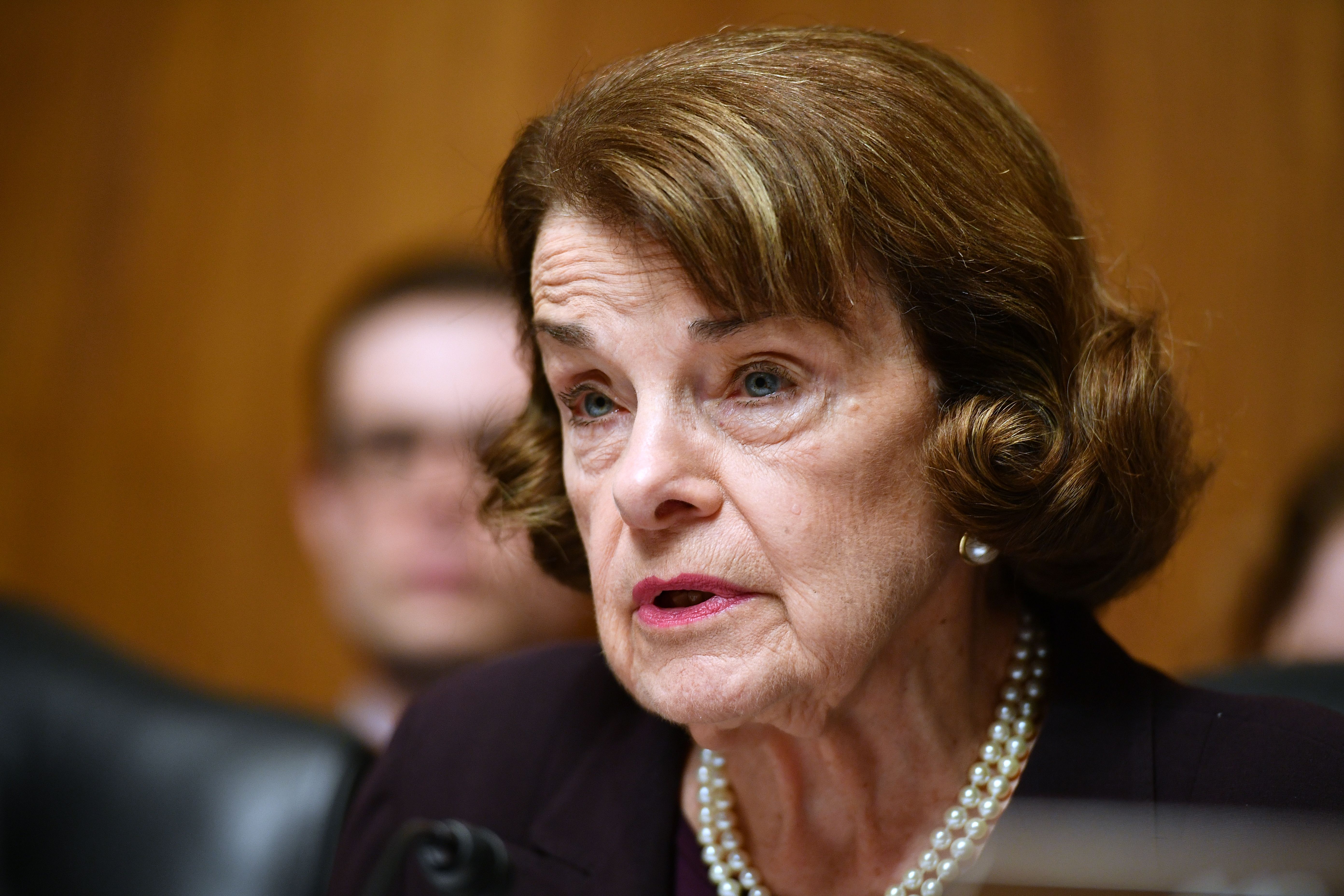 US Senator Dianne Feinstein speaks as US Attorney General William Barr prepares to testify before the Senate Judiciary Committee on May 1,2019. (MANDEL NGAN/AFP via Getty Images)

“What Dianne and I had worked on for the past eight months actually has us with common ground … Even not at the completion point, it would move farther than what they’re introducing, so why walk away?” Ernst said. “It’s probably because it has my name on it.”

One major issue with Feinstein’s version of the VAWA legislation is how it deals with the “boyfriend loophole,” Ernst said. Under current law, those convicted of domestic abuse can lose their guns if they are or used to be married to the victim, live with the person, have a child with them or are a parent or guardian of the victim, The New York Times previously reported.

In an effort to close this loophole, the bipartisan companion has provisions that don’t allow for due process, according to Ernst. This bill focuses on gun control, and Ernst is worried it will impede American’s Second Amendment rights.

“I know their [Democrats] talking points are, ‘we [Republicans] want to provide abusers with guns,’ and that’s absolutely false,” she said Friday. “Absolutely false. That’s a cheap shot. What we want to make sure is that we are protecting those who have been abused, and there is a way to do that by allowing for due process and the proper removal of weapons from an abusive situation.”

“I’m not opposed to taking away people’s weapons, but they have to have Due Process. This is America.”

The Iowa senator is up for re-election in 2020, and added that the bill she was working on with Feinstein might have been abandoned because of this.

“I wonder if it’d have been different if it had been somebody else’s name on the bill, somebody else working with Dianne Feinstein,” Ernst said. “I’m up for re-election, and they [Democrats] certainly don’t want to give me a win, so I just see it as very, very political.”

“I see it as partisan politics, and I think this is a real disappointment to so many people — at a time when we would be able to show the United States that, on an issue that’s so important to so many of us, that we’d be able to work together in a bipartisan manner.”