Editor’s note: What follows is an excerpt from Douglas Murray’s new book The Madness of Crowds: Gender, Race, And Identity (Here on Amazon). Murray argues that social justice advocates do not care about the problems, including those of gender, race, and sexual orientation, that they campaign for and only seek to further divide and polarize society for their own benefit. The movements created by these advocates do not succeed in alleviating social ills, but instead sow further discord in society.

Yet if the absence of serious discussion and the innate contradictions alone were enough to stop this new religion of social justice, it would hardly have got started. People looking for this movement to wind down because of its inherent contradictions will be waiting a long time. Firstly because they are ignoring the Marxist substructure of much of this movement, and the inherent willingness to rush towards contradiction rather than notice all these nightmarish crashes and wonder whether they aren’t telling you something about your choice of journey.

But the other reason why contradiction is not enough is because nothing about the intersectional, social justice movement suggests that it is really interested in solving any of the problems that it claims to be interested in. The first clue lies in the partial, biased, unrepresentative and unfair depiction of our own societies. Few people think that a country cannot be improved on, but to present it as riddled with bigotry, hatred and oppression is at best a partial and at worst a nakedly hostile prism through which to view society. It is an analysis expressed not in the manner of a critic hoping to improve, but as an enemy eager to destroy. There are signs of this intention everywhere we look.

Consider the example of trans. There was a reason to linger over the difficult and poorly discussed issue of people who are born intersex. It was not for prurience but to make a point. As Eric Weinstein has observed, anyone genuinely interested in addressing the stigmatization and unhappiness felt by people who are in the wrong bodies would have started addressing the question of intersex first. They would have seen there the clearest hardware issue of all, an issue which has been woefully under-represented. It would have raised awareness of the situation of such people, to get them better recognition as well as a better understanding of how to deal with an issue which really needs medical and psychological support. Social justice campaigners might have done this. (RELATED: James Younger Saga Raises More Questions About Transgender Drug Linked To Thousands Of Medical Complications) 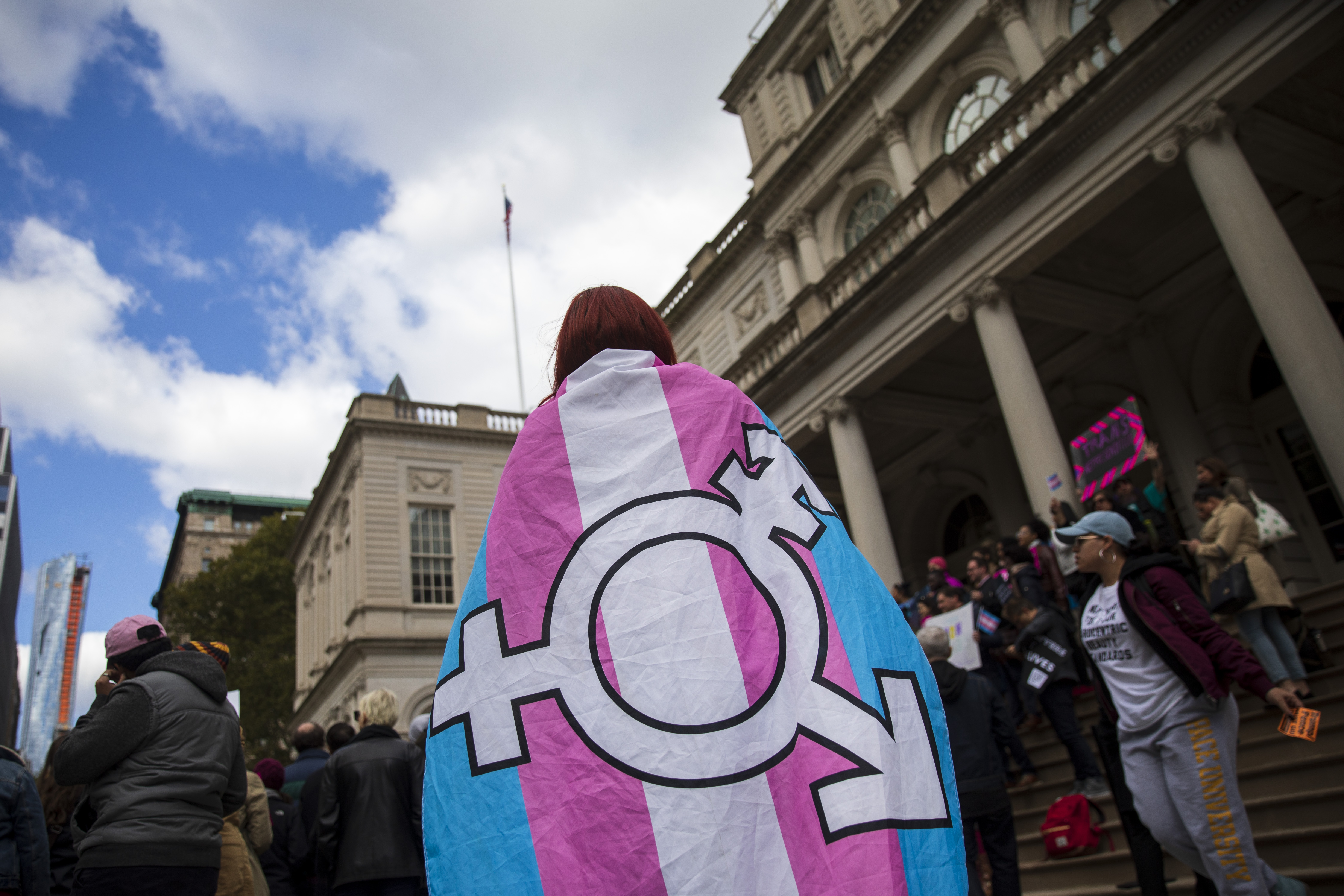 But they didn’t. They decided instead to push vigorously on trans: to pick up the hardest part of the whole question (‘I am who I say I am and you can’t prove otherwise’) and run with it: ‘Trans lives matter’; ‘Some people are trans. Get over it’. Everywhere, with a wearying predictability, the people who always complain about every aspect of the patriarchal, hegemonic, cis-supremacist, homophobic, institutionally racist, sexist state, decided to run with the trans issue. They specifically claimed that yes, if a man said he was a woman and didn’t do anything about it, then yes he was a woman and it was transphobic to suggest otherwise. The pattern is clear. Why in her first weeks in Congress did Alexandria Ocasio-Cortez do a fundraiser for the British trans-rights group ‘Mermaids’ which advocates introducing hormone therapy to children? Why are these people willing to defend, organize and argue for the hardest possible part of the case?

In 2018 there was a debate in the House of Commons about trans issues. During it the case of Karen White came up. This was a man who was a convicted rapist but who now identified as a woman. Although he had not had gender reassignment surgery he asked to be put in a women’s prison, and (with his male body) proceeded to sexually assault four female inmates. During the debate one Liberal Democrat MP, Layla Moran, summed up the extreme of trans thinking perfectly. Asked whether she would be happy to share a changing room with somebody who had a male body, Moran replied, ‘If that person was a trans woman, I absolutely would. I just do not see the issue. As for whether they have a beard [a matter that had also been raised] I dare say that some women have beards. There are all sorts of reasons why our bodies react differently to hormones. There are many forms of the human body. I see someone in their soul and as a person. I do not really care whether they have a male body.’

No sensible person or movement hoping to pull together a coalition to create a viable rights movement to defend trans people would make such a claim. They would not routinely claim that trans people are simply trans when they say they are. They would not say that a bearded man is no problem for them in the changing room because ‘I dare say that some women have beards’. And they would not claim to be able to see into someone’s soul and there recognize whether that person is a man or a woman. These are deranged claims and – like so many claims in the trans debate – they go on to derange anyone who has to listen to them, let alone those pushed to go along with them or assume that they are true.

A movement that sought to advance trans claims would start with intersex and from there move with enormous care along the spectrum of trans assertions, analyzing them with scientific precision in the process. It would not go straight to the hardest part of the claim and insist it is true and that everyone else must believe it is true too. That is not what you do if you are trying to build a coalition or a movement. It is what you do if you do not want to create a consensus. It is what you do if you are seeking to cause division. (RELATED: Study Finds Transgender Athletes Have Advantages In Women’s Sports, Even After 12 Months Of Hormone Therapy)

Once you notice this counter-intuitive play you can see it going on with each issue. For instance, a number of wage gaps exist. There is, for example, as Jordan Peterson has pointed out, a pay gap that exists between people who are agreeable and people who are disagreeable. But this is a gap that exists across both men and women. A disagreeable woman will have a pay advantage over an agreeable man. And vice versa. So if anyone is worried about pay gaps why would that one not be something to linger on? Why would there not be an endless and retributive campaign calling for agreeable people to be paid more in the workplace and for disagreeable people to step back? Because that wouldn’t fit the aim, which is not to advance women’s rights or women’s pay situation, but to use women as a wedge to do something else. 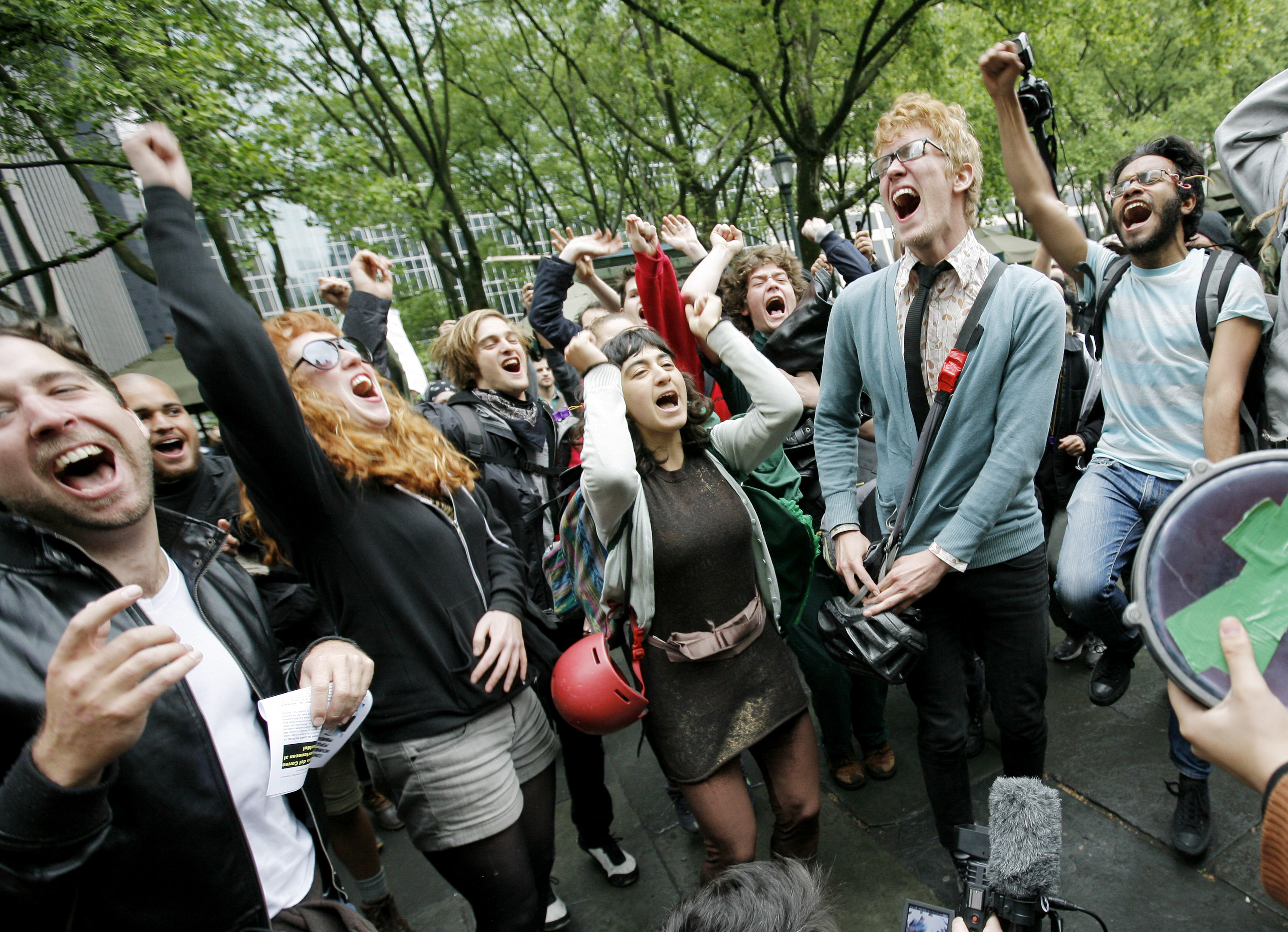 NEW YORK, NY – MAY 01: O ccupy Wall Street demonstrators dance as hundreds of protesters gather during a May Day labor rally in Bryant Park on May 1, 2012 in New York City. (Photo by Monika Graff/Getty Images)

With each of the issues highlighted in this book the aim of the social justice campaigners has consistently been to take each one – gay, women, race, trans – that they can present as a rights grievance and make their case at its most inflammatory. Their desire is not to heal but to divide, not to placate but to inflame, not to dampen but to burn. In this again the last part of a Marxist substructure can be glimpsed. If you cannot rule a society – or pretend to rule it, or try to rule it and collapse everything – then you can do something else. In a society that is alive to its faults, and though imperfect remains a better option than anything else on offer, you sow doubt, division, animosity and fear. Most effectively you can try to make people doubt absolutely everything. Make them doubt whether the society they live in is good at all. Make them doubt that people really are treated fairly. Make them doubt whether there are any such groupings as men or women. Make them doubt almost everything. And then present yourself as having the answers: the grand, overarching, interlocking set of answers that will bring everyone to some perfect place, the details of which will follow in the post.

Perhaps they will have their way. Perhaps the advocates of the new religion will use gays and women and those of a different skin colour and trans individuals as a set of battering rams to turn people against the society they have been brought up in. Perhaps they will succeed in turning everyone against the ‘cis white male patriarchy’ and they will do it before all of their interlocking ‘oppressed, victim groups’ have torn each other apart. It is possible. But anyone interested in preventing that nightmarish scenario should search for solutions.

Douglas Murray is a British conservative author, journalist, and political commentator. He is an associate editor at The Spectator, and he has written for several publications, including Standpoint and The Wall Street Journal. He is the author of several other books, including the 2017 work The Strange Death of Europe: Immigration, Identity, Islam.

Reprinted with permission from BLOOMSBURY CONTINUUM