Biological males who identify as transgender women are likely to retain strength advantages over biological females, even after undergoing 12 months of hormone therapy, according to a new study out of Sweden.

The researchers who carried out the study found that biological males who underwent 12 months of hormone therapy lost muscle mass in their legs, but still retained leg strength.

“Our results indicate that after 12 months of hormonal therapy, a transwoman will still likely have performance benefits over a cis-woman,” they concluded.

Researchers with the Karolinska Institute — a Swedish medical university — and Linkoping University, a state university in Sweden, carried out the study, which is awaiting the peer review process.

The study, a preprint version of which was posted online Thursday, is just the latest scientific indication that female athletes are at a disadvantage when forced to compete against males who identify as transgender women.

Fair Play For Women, a group opposing the inclusion of male athletes in female athletics, pointed to the new study as evidence that female athletes are unfairly disadvantaged by transgender athlete policies.

“Sports bodies where thigh muscle strength gives a clear advantage in competition must suspend their trans eligibility rules immediately,” the group said in a release on Friday, listing cycling, rugby, weight lifting, and track and field as sports implicated by the study’s findings.

“Allowing males with a proven performance advantage to compete in female sport is discrimination against female sex,” the group added.

The NCAA currently allows males who identify as transgender women to compete in female athletics once they’ve undergone 12 months of hormone therapy. (RELATED: We Spoke With This Former Olympian About Transgender Athletes. Here’s What She Said) 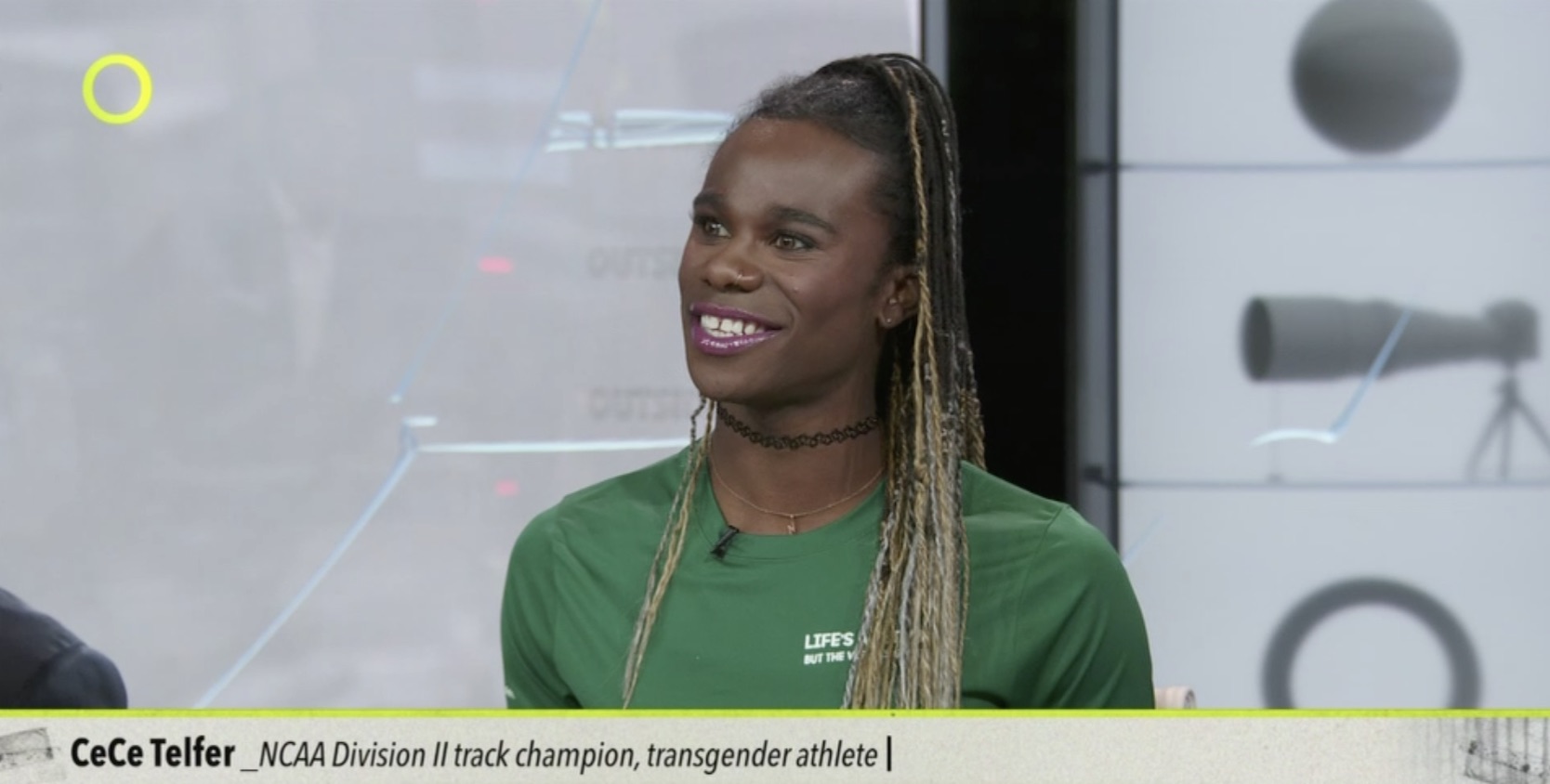 Telfer denied having an advantage over female runners in a June interview with ESPN. “If anything, me competing against cisgender females is a disadvantage because my body is going through so many medical implications, like it’s going through biochemistry changes,” Telfer said.

Another biologically male athlete, University of Montana runner June Eastwood, is competing on the university’s women’s cross country team this fall. Eastwood previously ran on the men’s team, before undergoing hormone therapy and switching to the women’s team.

The House of Representatives voted in May to pass the Equality Act, which would require schools to allow male athletes who identify as transgender girls to compete on female sports teams. The bill had unanimous support among House Democrats and is supported by every Democratic presidential frontrunner.