The first migrant deported under the Trump administration’s new asylum program with Guatemala opted to go back to his home county instead, an indication of how other asylum seekers may respond to the policy.

Despite claiming to be fearful of returning to his home country of Honduras, Erwin José Ardón Montoya — when given the choice of receiving asylum protection and a job in Guatemala — opted instead to go back to his village, according to The Associated Press.

The 23-year-old left his home country on Sept. 23 and began his journey to the U.S. to connect with his daughter and her mother. The mother of Ardón Montoya’s daughter reached the U.S. while pregnant and gave birth inside the country earlier in 2019.

Ardón Montoya applied for asylum upon apprehension by Border Patrol agents in El Paso, Texas. However, his application was denied because he did not first seek asylum in Guatemala. Ardón Montoya was ultimately taken aboard a Boeing 737 on Nov. 21 and flown to Guatemala City. The day after, he was flown to San Pedro Sula, Honduras, and then boarded a bus that took him to his family village of Colón. 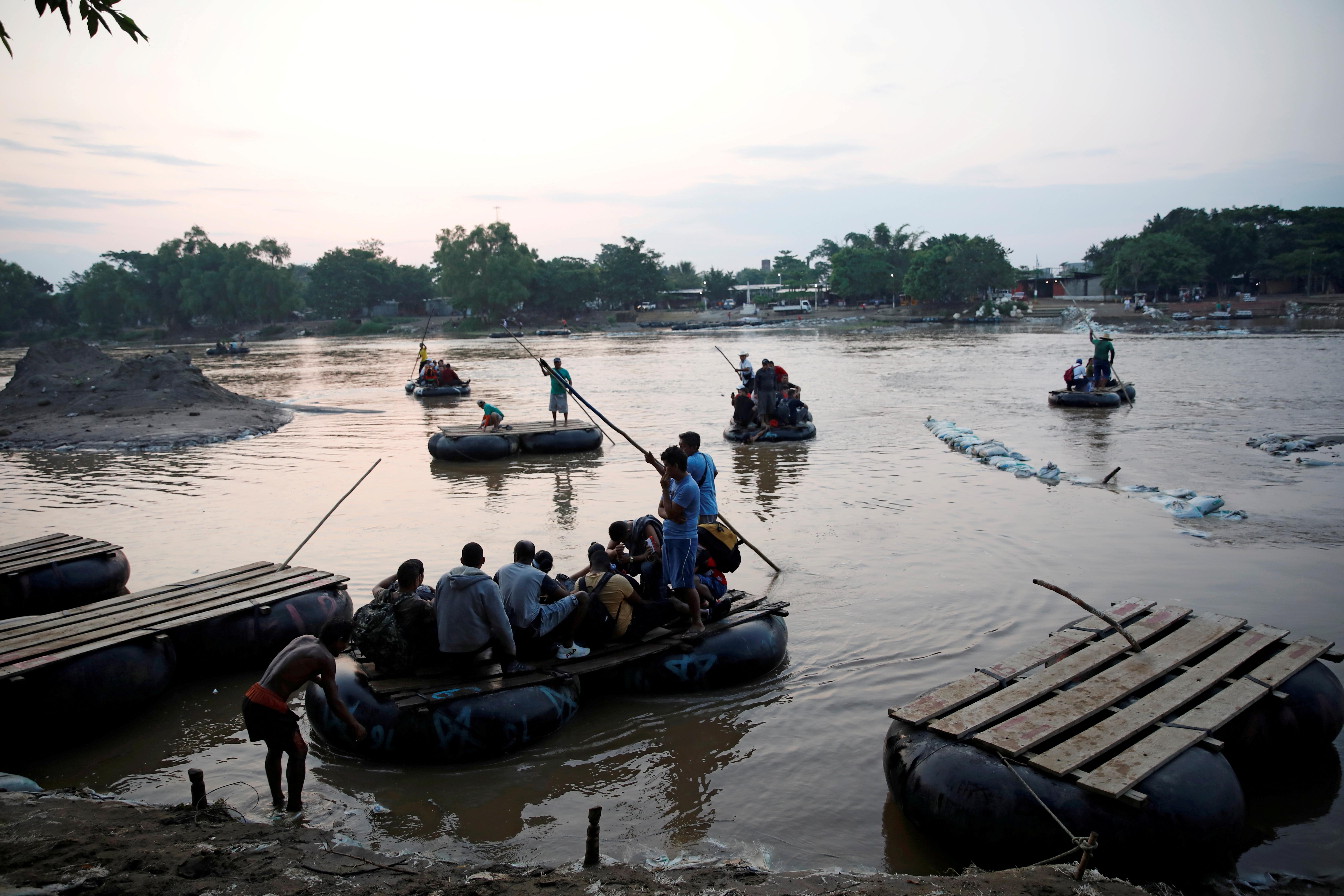 Cuban migrants cross the Suchiate river on rafts from Tecun Uman, in Guatemala, to Ciudad Hidalgo, as seen from Ciudad Hidalgo, Mexico, May 12, 2019. REUTERS/Andres Martinez Casares

He was reportedly offered asylum protection, a place to live and employment in Guatemala. But he chose to go back to Honduras to be with family. He is the first asylum seeker to be sent back to Guatemala under the U.S. government’s new asylum agreement with Guatemala.

The Trump administration first signed an asylum cooperative agreement with Guatemala in July. The deal calls on the Guatemalan government to accept asylum seekers who cross its borders en route to the U.S. In other words, migrants who pass through Guatemala must first seek protected status there before applying with the U.S. government. Migrants who do not adhere to this rule are subject for removal back to Guatemala.

Guatemala — because it occupies space between Mexico and most other Central American countries — sits along the pathway of most migrants trekking northward to the U.S. The asylum deal is designed to keep a large number of them in Guatemala, giving relief to U.S. immigration resources burdened with ongoing waves of migrants reaching the southern border.

The deal was signed months ago, however, the White House wasn’t able to implement it until now. The Department of Homeland Security released an interim final rule earlier in November, allowing the administration to begin deporting asylum seekers to Guatemala, and then later posted the details of the agreement.

Many critics of the deal argued that Guatemala, a country saturated with crime and bereft of adequate infrastructure, is incapable of accepting large numbers of asylum seekers. However, the Trump administration has contended that many of the migrants sent back will ultimately choose to go back their home countries. (RELATED: DHS Chief Says It Would Be A ‘Critical Mistake’ If Government Defunds Remain In Mexico Program)

Ardón Montoya’s decision to return to his home village in Honduras, rather than wait in Guatemala, will likely bolster’s the administration’s argument.