Around 55 million Americans are traveling for the Thanksgiving holiday this year, according to the American Automobile Association, and some plans are being scrambled due to heavy storms in parts of the country.

Amtrak alone is expecting to see around 846,000 passengers, which was its record in 2018. Every working train car will be used to help with the demand, CNBC reported Tuesday. All in all, this year’s travel is expected to see over 55 million travelers driving, taking the train or flying for the holiday.

This number is an increase of almost 3% and is the largest amount of people traveling since 2005, CNBC reported. Around 4.45 million people are expected to take flights over the holiday week. Some of these travelers may be disrupted by poor weather in parts of the country.

“Millions of thankful Americans are starting the holiday season off right with a Thanksgiving getaway,” Vice President of AAA Travel Paula Twidale said, according to 6abc Action News. “Strong economic fundamentals are motivating Americans to venture out this holiday in near-record numbers. Consumer spending remains strong, thanks to increasing wages, disposable income and household wealth, and travel remains one of their top priorities for the holiday season.” 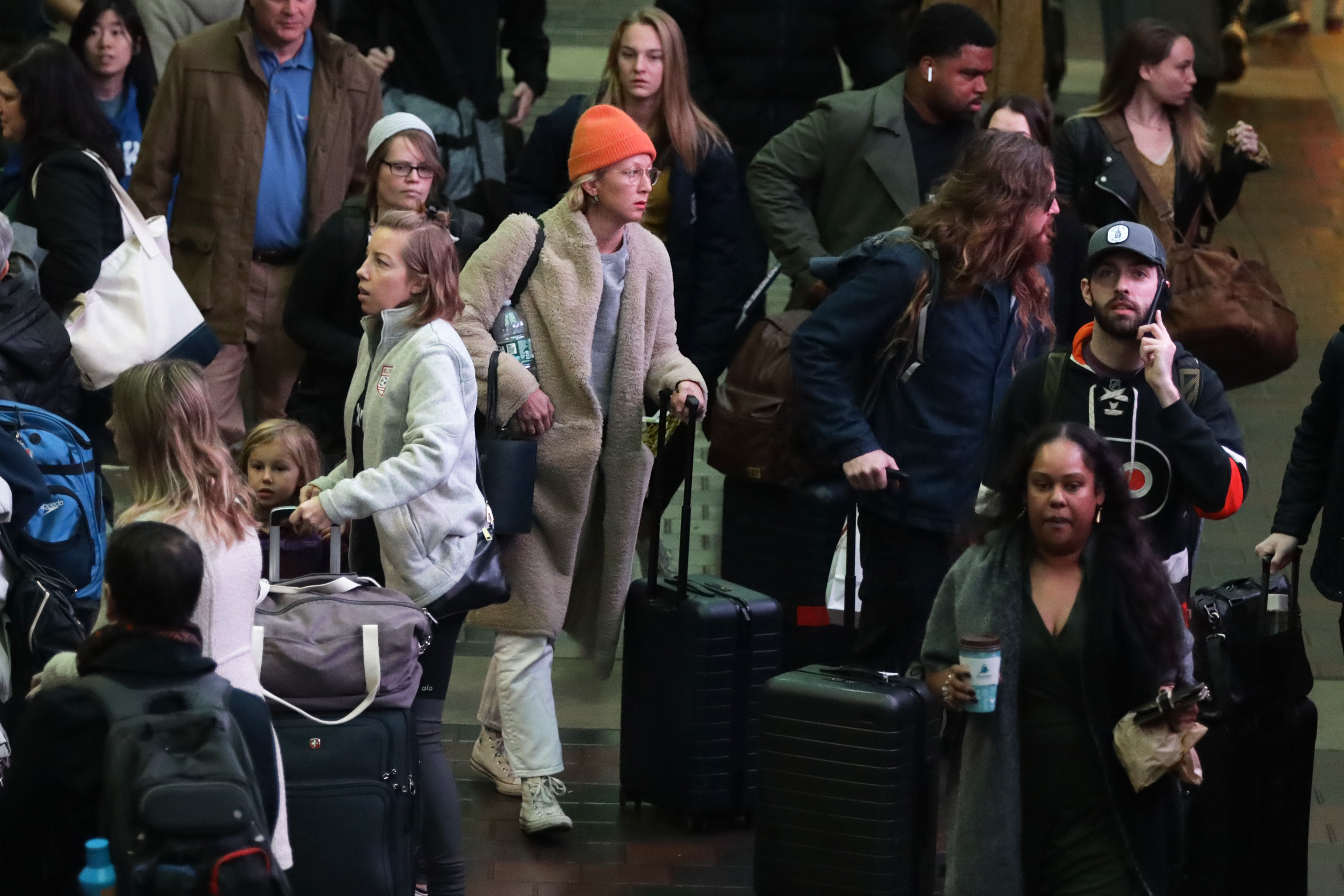 Holiday travelers walk with their luggage in the hall of Union Station Nov. 27, 2019 in Washington, D.C. (Alex Wong/Getty Images)

“A series of storms are forecast to pound much of the United States this week, delivering an extended bout of rain, ice and snow just as millions of drivers are expected to hit the roads for Thanksgiving,” according to NBC.

A strong winter storm will deliver heavy snow across the central U.S., with total accumulations of 6-12 inches common and locally higher amounts possible. Travel before the #Thanksgiving holiday will be impacted, and driving may become difficult to impossible in some areas. pic.twitter.com/mCyaaEDC3o

Some airline catering workers are planning protests at big airports during the week of Thanksgiving as well, according to a Monday report from CNBC. They are seeking better pay and benefits are have planned sit-ins during a week that will see millions of people traveling.