Fox News host Tucker Carlson acknowledged several lies told by President Donald Trump over the years, but he contended that what the left truly hates is when the president tells key truths that threaten their power.

Calling the president a “salesman, a talker, a boaster, a compulsive self-promoter,” and even a “full blown BS artist at times” during the Wednesday night “Tucker Carlson Tonight” segment, Carlson referred to the Washington Post’s count of over 13,000 alleged Trumpian tall tales before honing in on the president’s “untrue” claim about his inauguration crowd size.

“If Trump hadn’t gotten rich in real estate, he could have made a fortune selling cars,” said the Fox News host. “Most people know this. It’s obvious — transparent, really. So is lying really the reason the left despises Donald Trump? Or could the real problem be, as is so often the case, the exact opposite of what they claim it is?”

Carlson contended that what “infuriates” official Washington isn’t when Trump lies, as all politicians do, but “when he tells the truth,” or certain truths, because that is the “real threat to their power.” He then played a clip of one of President Trump’s first key truths, his famous campaign contention that Mexico isn’t “sending their best.” 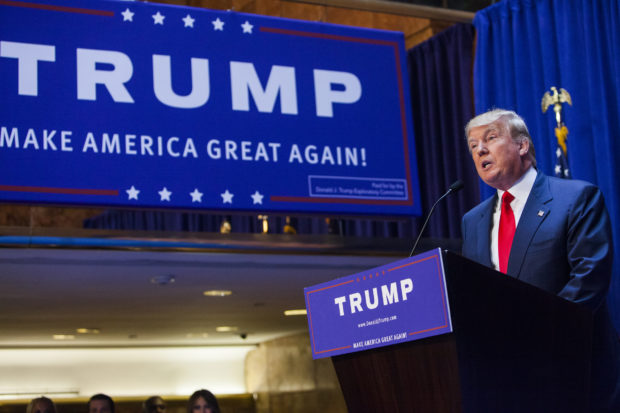 “Trump didn’t claim that everyone coming over southern border is a criminal,” said Tucker. “But some are. That’s true. And precisely because it is true, you are absolutely, under no circumstances allowed to say it. Acknowledging that not every illegal alien improves America raises an uncomfortable question: if illegal immigration has a downside, why has Washington allowed so much of it? If the people in charge actually cared about us, they would protect our borders. But they don’t care, so they’ve let millions and millions of foreigners whose names we don’t even know stream in from abroad, to use our services, lower our wages, and — yes, in some cases — commit crimes.”

The almost 12-minute segment included several other key Trump truths and the media and political reaction to them, including calling MS-13 gang members “animals,” using the moniker “shithole countries” to describe certain Third World nations, and the fact that Saudi Arabia is still an ally despite the murder of columnist Jamal Khashoggi.

Carlson concluded with Trump’s characterization of Baltimore as a “rodent-infested hellhole.”

“Baltimore may be the most depressing big city on the eastern seaboard,” said the Fox News host. “Everyone in Washington knows that … If it’s light out, there’s no denying the awful reality of the place.” (RELATED: Media Plays The Racist Card After Trump’s Tweets On Baltimore, President’s Supporters Push Back)

While the left reacted strongly to Trump’s statement, Carlson pointed out that nobody asked if it was true and, if so, what caused it. “And of course, part of the answer is 50 years of uninterrupted Democratic Party rule hasn’t helped much,” he said. “But that would be embarrassing to the party, so the party’s apologists don’t want to have the conversation. Instead they attacked.”

That place is still sad and desperate and screwed up, and absolutely not one person in Washington, DC cares about that even a little bit — except to the extent they want to make certain that you never think or talk about Baltimore, because thinking or talking about Baltimore — or, for that matter, mass immigration, or the war in Afghanistan, or middle class life expectancy — might point up their own egregious failures and selfishness. And whatever we do, we can’t do that. So let’s just agree that Trump is a racist liar and move on. By the way, did you know he’s up to almost 14,000 lies by now? My gosh, what a bad person he is. Unlike us.