Republican Georgia Gov. Brian Kemp appears set to defy his base with his appointment to the senate seat being vacated by long-time Republican Sen. Johnny Isakson.

The 74-year-old Isakson will step down at the end of the year due to his struggles with Parkinson’s Disease. Kemp has reportedly landed on Georgia businesswoman Kelly Loeffler as Isakson’s replacement, which will likely enrage social conservatives that were integral to Kemp’s narrow win over Stacey Abrams last fall.

Loeffler is a financial executive with ties to Stacey Abrams and Planned Parenthood. Loeffler co-owns the WNBA’s Atlanta Dream, which has a history of battling social conservatives in the state. The WNBA partners with Planned Parenthood and donates to the organization which is responsible for roughly 35% of abortions in the U.S. (RELATED: Watch Alabama Congressional Candidate Jessica Taylor Basketball Against Un-Athletic Daily Caller Reporter)

“I think he risks losing the confidence of the pro-life community,” Concerned Women of America President Penny Nance told the Daily Caller about Kemp. “The stakes are too high. This is about life.”

The WNBA launched its “Take A Seat, Take A Stand” initiative in May 2018, where the league announced they would donate a portion of its ticket sales to six organizations, including Planned Parenthood. The move was announced shortly after President Donald Trump proposed cutting funds to Title 10 organizations that perform abortion, a move that stripped Planned Parenthood of roughly $60 million in federal funds. Former WNBA President Lisa Borders lamented at the time the Trump administration’s “most recent attack on a woman’s right to affordable, safe, and comprehensive health care,” and making clear that the WNBA stands with the abortion giant.

We stand with @PPFA. pic.twitter.com/qKz3LS52VE

Additionally, the Atlanta Dream has close ties to former Georgia Democratic gubernatorial nominee and Stacey Abrams. The organization listed Abrams as an example of an “inspiring women” in 2014, and has been represented in the past by Abrams’ company Sageworks. The Atlanta Dream was also one of 100 firms and businesses to sign a letter in 2016 opposing the Religious Freedom Restoration Act. The RFRA would have protected the religious and conscience rights of businesses in the state, but was vetoed in March 2016 by then-Republican Gov. Nathan Deal following a barrage of protests from corporate America. (RELATED: Seth Moulton Says Stacey Abrams Would Have Won If America Wasn’t A Racist Country)

If Kemp goes ahead and picks Loeffler, she will face many skeptics, including one at 1600 Pennsylvania Ave. Trump has reportedly urged Kemp to select House Judiciary Committee Ranking Member and staunch conservative Doug Collins to the seat. Collins has been publicly seeking the seat, and has said he would consider running for the seat next year in the special election. Collins has emerged as a key ally for the president, as he battles Judiciary Committee Chairman Jerry Nadler and other Democrats leading the charge on impeachment. Kemp made a trek to the White House last week with Loeffler in an attempt to assuage the president’s concerns about his presumed pick, but was unsuccessful. (RELATED: Impeachment Proceedings Usually Move Swiftly, But Democrats Are Playing It Slow)

To say that Kemp owes his governorship to Trump would not be an overstatement. The president’s last minute endorsement of Kemp last fall catapulted the then-Georgia secretary of state over Lt. Gov. Casey Cagle in the Republican primary. Trump also aggressively campaigned for Kemp in the general election and likely made enough of a difference to stave off Abrams, who Kemp defeated by less than 2%. Needless to say, Kemp passing up the chance to appoint a Trump ally in favor of an establishment Republican is not going to sit well with Trump’s allies.

Donald Trump Jr. has lobbied on social media in favor of Collins, and Republican Florida Rep. Matt Gaetz has even suggested that Kemp could face a primary challenge in 2022 if he does not pick Collins. Kemp is sticking to his guns, because he believes appointing Loeffler will grow the party and appeal to suburban women, who Republicans struggled with in the 2018 midterms. Still, appointing Loeffler to the senate seat would be a major gamble. Loeffler has never run a political campaign before, and a primary with Collins or another conservative could turn into a bloodbath for the soul of the Republican Party.

If there’s a Republican primary next year between Loeffler and Collins, grassroots conservatives will almost certainly side with Collins. And, if Trump gets involved and endorses Collins, it would be a huge embarrassment to Kemp. 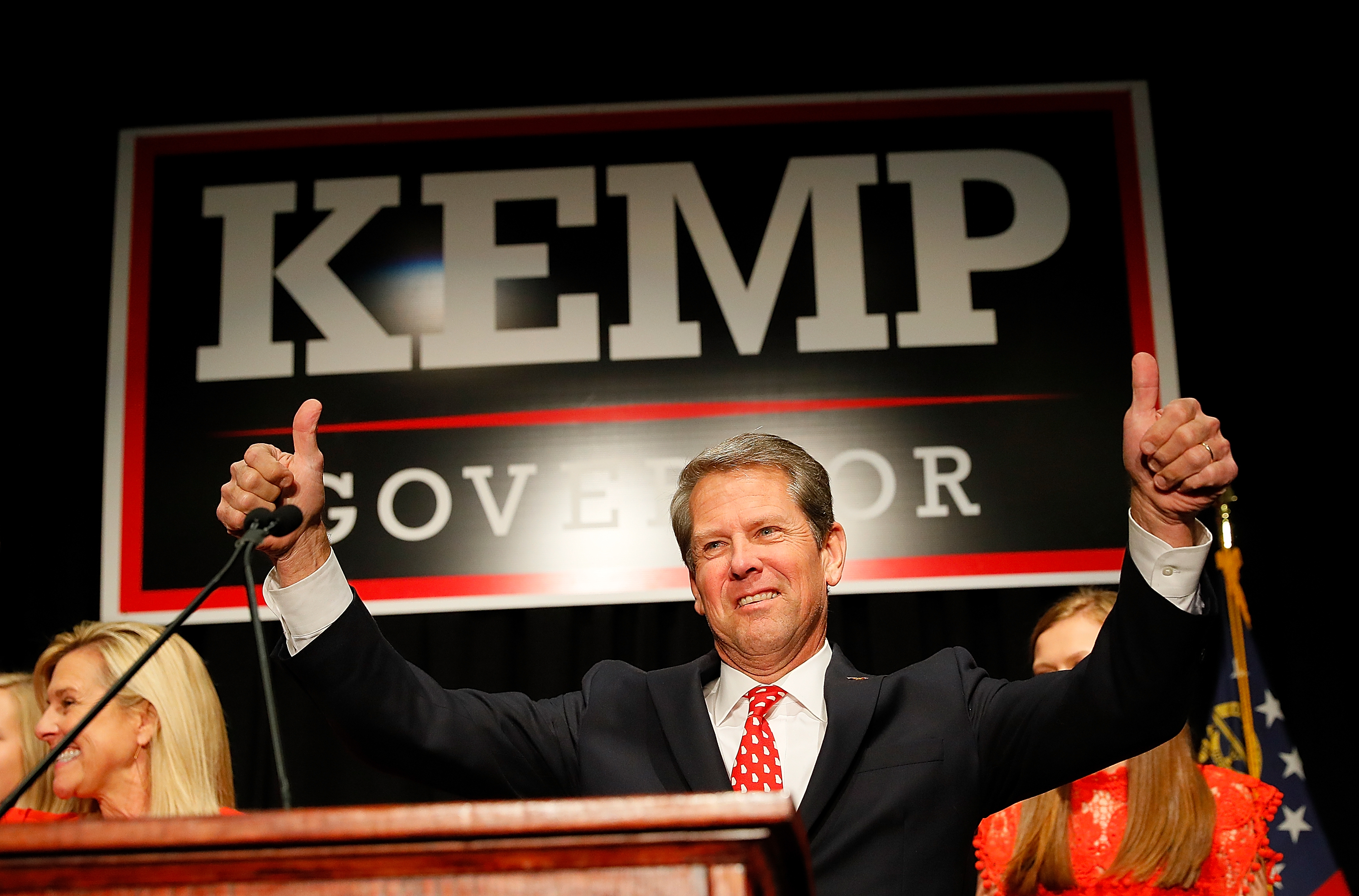 “Kelly Loeffler is the wrong choice to replace Johnny Isakson. She has a history of supporting very liberal Democrats — like Chris Dodd and Tom Harkin, for goodness sake — and failed to support President Trump when he was running for president,” Tea Party Patriots co-founder Jenny Beth Martin said in a statement emailed to the Daily Caller.

“She sits on the board of Grady Memorial hospital, the largest abortion provider in the state, and will be opposed by a huge segment of Georgia’s citizens. Gov. Kemp can do much, much better for Georgia — he can appoint Doug Collins, a strong defender of President Trump,” Martin continued.

Kemp attempted to assure conservatives about his pick in a series of tweets the governor fired out over Thanksgiving weekend.

“The idea that I would appoint someone to the U.S. Senate that is NOT pro-life, pro-2nd Amendment, pro-freedom, and 100% supportive of our President (and his plan to Keep America Great) is ridiculous,” Kemp tweeted.

To date, Kemp’s governorship has been promising for social conservatives. Kemp signed legislation banning abortion in the state after a heartbeat is detected, and taunted “C-list celebrities” who threatened to boycott the state. Kemp’s passionate defense of the landmark pro-life bill inspired social conservatives, but that doesn’t mean they are going to give Kemp a pass for appointing someone who does not share their values.

“Our Georgia members really like Governor Kemp and have supported him, but I am very disappointed that he’s choosing a candidate with a mixed record on the issue of life over an entire list of people that the pro-life community can be confident in,” Nance said.