The two people who died in Friday’s London Bridge terrorist attack were involved in a rehabilitation program for criminals that advocated for alternatives to long jail sentences, according to media reports.

Saskia Jones, 23, and Jack Merritt, 25, died in the knife attack in London. Three others were injured and Usman Khan, the attacker, died while wearing a fake suicide vest after being shot by police. Usman had recently been released from jail and was part of the prisoner rehabilitation program where the two victims had worked.

Khan began the attack during a “Learning Together” five-year celebration Friday. The program aims to have criminals and people in higher education “study alongside each other,” according to the BBC. Merritt was a course coordinator for the program and Jones was a volunteer. Both were recent graduates from Cambridge University.

Khan, 28, was originally sentenced to 16 years in prison after being part of a 2010 plan to bomb the London Stock Exchange, but was released in 2018 after serving eight years in prison, the New York Times reported. At his trial, the judge reportedly warned that he could still pose a danger to the public. (RELATED: Ivanka Trump Reacts To London Attack, Calls For Unity)

Merritt’s family urged people not to politicize his death, even though it came at the hands of a man who was a part of the rehabilitation program.

“We know Jack would not want this terrible, isolated incident to be used as a pretext by the government for introducing even more draconian sentences on prisoners, or for detaining people in prison for longer than necessary,” the family said according to a statement, the NYT reported. 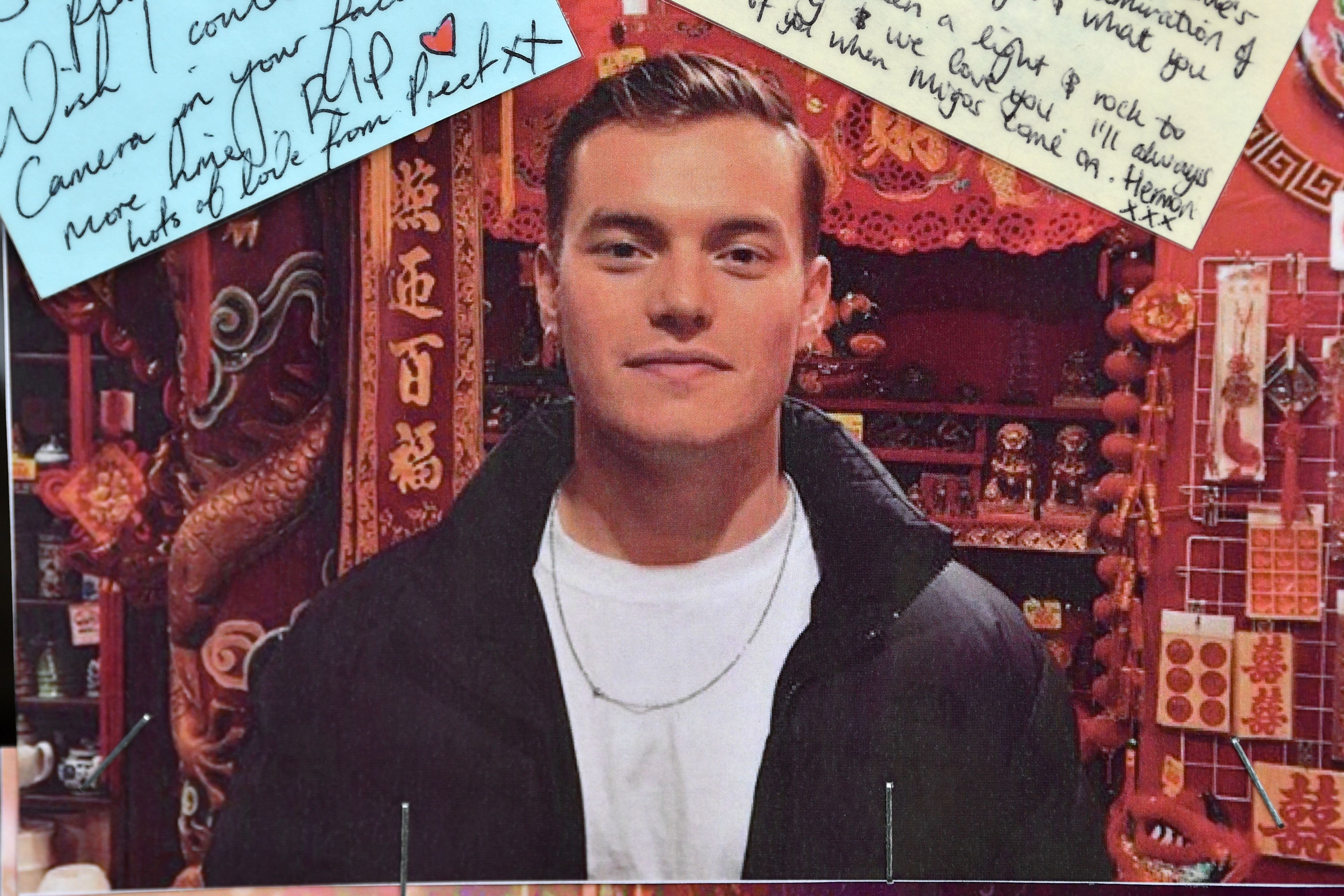 A photograph of the first victim to be named, Jack Merritt, is pictured among floral tributes left close to London Bridge in the City of London, on December 1, 2019, following the November 29 deadly terror incident. (BEN STANSALL/AFP via Getty Images)

The mass stabbing has raised questions about the rehabilitation program the two worked with as well as how Britain sentences criminals. It has also caused concern regarding how those released are looked after once out of jail, the NYT reported.

Prime Minister Boris Johnson has argued for stronger jail sentences for terrorists ahead of Britain’s general election in two weeks. The opposing political sides have disagreed about what Khan’s actions indicate in terms of prisoner sentencing.

While Johnson has argued for longer sentences and stricter standards for those released early, leader of the opposition Labour Party Jeremy Corbyn disagrees. Corbyn said that the attack doesn’t show terrorists can’t be released early, but rather indicates a need to reevaluate the current system.

“I think there has to be an examination of how our prison services works and, crucially, what happens to them on release from prison,” Corbyn said according to the NYT.