More than 100 Jewish graves were defaced with swastikas and Nazi slogans in a cemetery in France some time around Monday, contributing further to an apparent rising wave of anti-Semitism in the country and potentially even the continent.

The graveyard joins several others in the Alsace region that have been vandalized with anti-Semitic slogans, with some of the vandals referring to the “Black Alsatian Wolves,” a far-right group that operated in the region in the 1970s, according to the BBC. But France is not the only European country facing rising anti-Semitism. Germany has recently warned Jewish men not to wear a kippah in public, and the U.K. Labor party has come under increased scrutiny for its anti-Semitic ties. (RELATED: 40,000 Jews Have Fled France In 10 Years Amid Rising Anti-Semitism)

“Jews are and make France,” Macron said in a tweet Tuesday. “Those who attack them, even in their graves, are not worthy of the idea we have of France.”

The vandalism occurred just hours before French lawmakers adopted a resolution equating anti-Zionism with anti-Semitism, according to Reuters.

The incident comes weeks after French prosecutors dropped murder charges in November against a Muslim man who murdered an elderly Orthodox Jewish woman in 2017. The man, Kobili Traoré, beat 65-year-old Sarah Halimi to death with her bedside phone after breaking into her Paris apartment. He then threw her body off the apartment’s third-floor balcony. (RELATED: Anti-Semitic Vandalism Surges Across Eastern France) 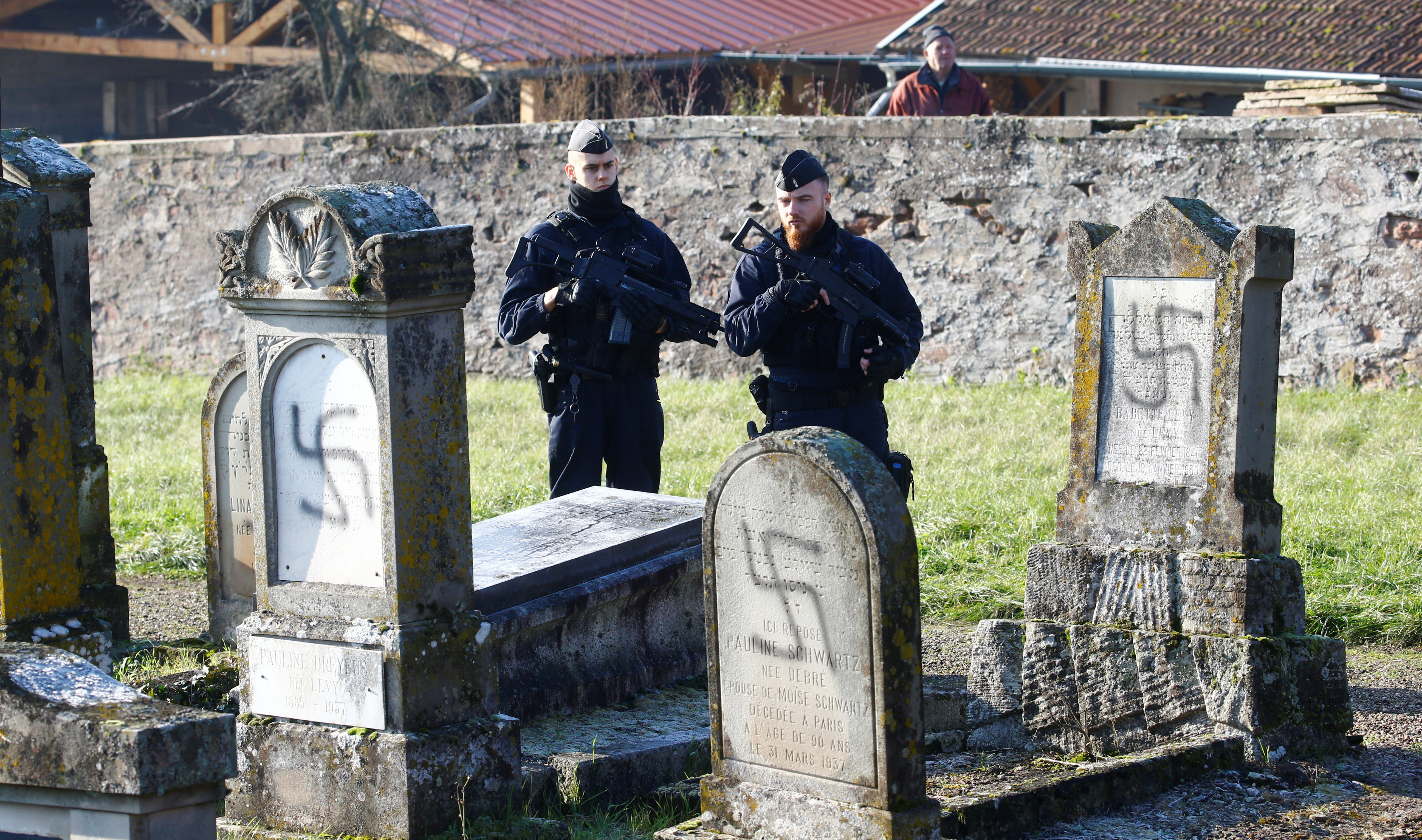 Witnesses said they heard Traoré yell that he had killed the “sheitan,” which is Arabic for “devil.” They also heard him shouting “Allahu Akbar,” but prosecutors argued he could not be charged with murder because he had smoked cannabis before the crime and may not have been aware of his actions.

Then in 2018, Mireille Knoll, an 85-year-old Jewish Holocaust survivor, was murdered in her Paris apartment in what police called a hate crime based on her religion. Police identified two male suspects in their 20s, but prosecutors did not release information about their origins. 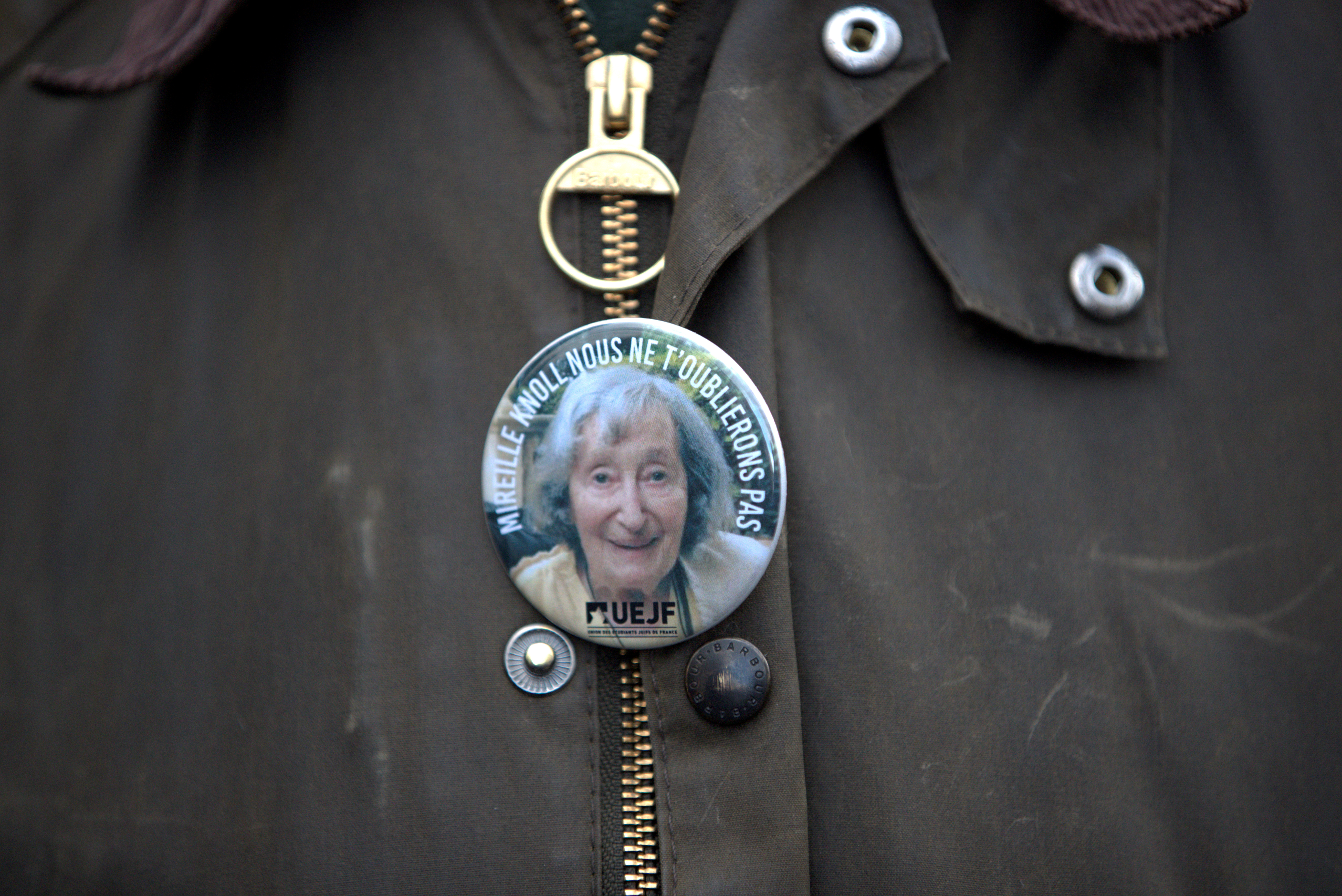 A pin with a portrait of Mireille Knoll is seen on a man’s jacket during a gathering, in Paris, France, March 28, 2018. Mireille Knoll, 85, was found dead with 11 stab wounds at her apartment in a working-class district of Paris on Friday. (REUTERS/Gonzalo Fuentes)

The wave of incidents culminating in the defaced graves lead French lawmakers to create an anti-hate task force dedicated to preventing and prosecuting hate crimes.