The package passed as the House Judiciary Committee heard testimony from constitutional scholars pursuant to its impeachment inquiry of President Donald Trump.

Senators confirmed Sarah Pitlyk to the U.S. District Court for the Eastern District of Missouri on a 49-44 vote that largely followed party lines.

“Sarah’s strong legal experience, sharp intellect, and commitment to the rule of law make her an outstanding choice for the Eastern District,” GOP Sen. Josh Hawley of Missouri said in a statement. “I was proud to recommend her to President Trump, and I am confident that she will serve the people of Missouri as a principled and fair judge for decades to come.”

Conservative groups made a last-minute push for Pitlyk after a Republican defection raised the prospect of a narrow confirmation vote. GOP Sen. Susan Collins of Maine opposed Pitlyk, citing concerns over judicial temperament.

Pitlyk also defended David Daleiden, an activist whose undercover videos purport to show Planned Parenthood executives arranging the sale of fetal tissue. Daleiden faced criminal charges arising from those videos in two states, relating to invasion of privacy and tampering with records. He has not been convicted on any charge. (RELATED: Justice Department Asks Supreme Court To Allow Execution Of Four Child Murderers) 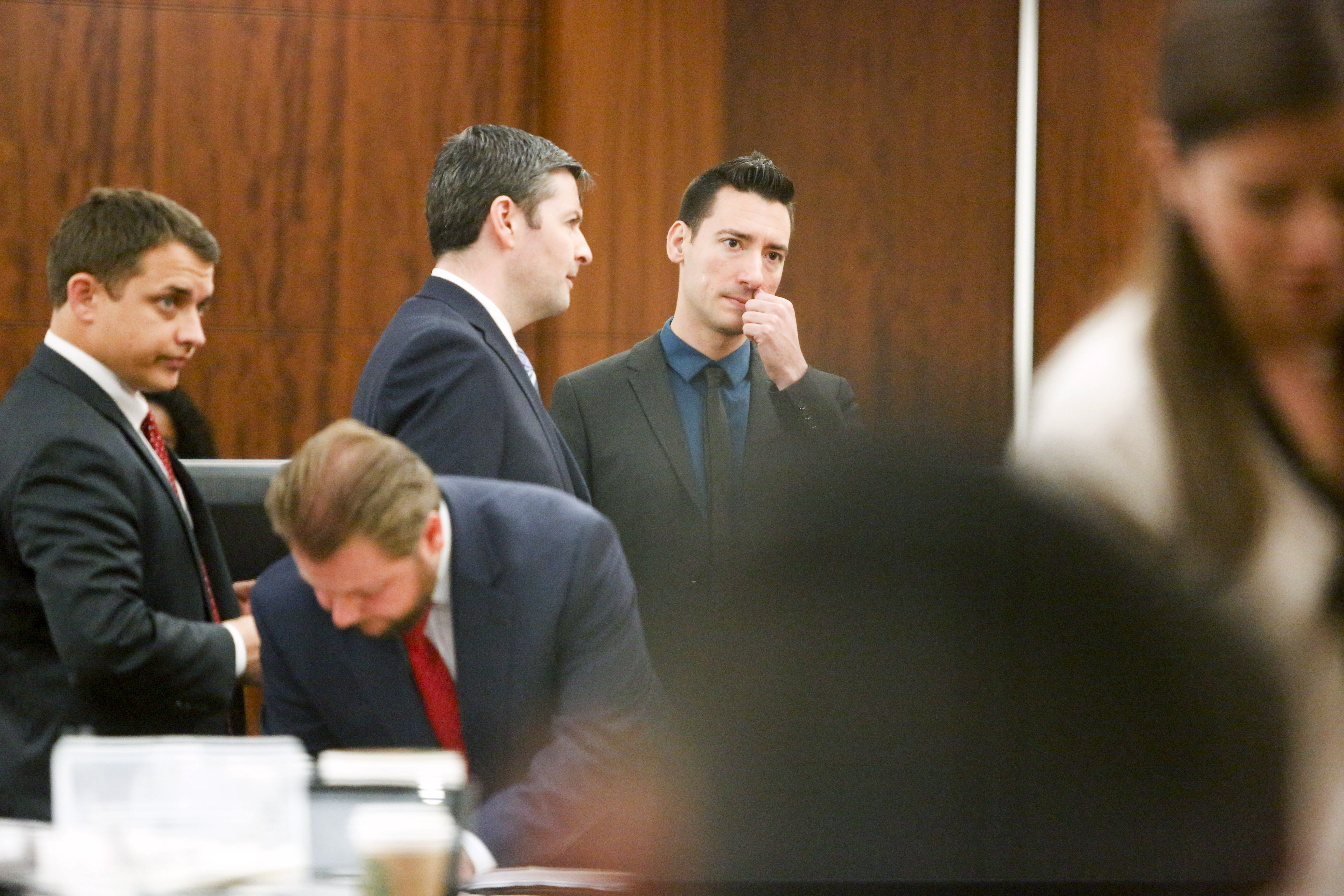 David Daleiden (C), a defendant in an indictment stemming from a Planned Parenthood video he helped produce, appears in court on Feb. 4, 2016. (Eric Kayne/Getty Images)

“My concern is not based on Ms. Pitlyk’s personal views on abortion or various medical decisions, which she has every right to hold,” Collins said in a statement. “I do question, however, given her pattern of strident advocacy, whether she could put aside her personal views on these matters.”

“Her history of public service in defense of the First Amendment should be to Ms. Pitlyk’s credit, not used against her,” Travis Weber of the Family Research Council told lawmakers in a letter the Daily Caller News Foundation obtained.

Pitlyk was also a surrogate for Justice Brett Kavanaugh during his contentious confirmation to the Supreme Court. She clerked for Kavanaugh when he served as a judge on the U.S. Court of Appeals for the D.C. Circuit.

The Eastern District of Missouri is the federal trial court based in St. Louis, with jurisdiction over dozens of counties in the eastern part of the state.

Other nominees confirmed Wednesday include Austin Huffaker Jr. for the Middle District of Alabama, Douglas Cole for the Southern District of Ohio and John L. Sinatra for the Western District of New York.