Republican Texas congressional candidate Pierce Bush, the grandson of former President George H.W. Bush, marched in an anti-Trump protest in January 2017, according to photos he posted on his personal Facebook page.

Bush jumped into the GOP primary for Texas’ 22nd Congressional District on Monday. “It’s time for new leaders to stand for conservatism that empowers all Americans, placing individuals above government and ensuring we all have the freedom to achieve success in life,” he said in his launch video.

While Bush might benefit from his family name in running for a congressional seat once held by his late grandfather, his past anti-Trump activism could be a stumbling block in an already crowded primary race. (RELATED: Majority Of World’s Muslims Untouched By Trump Visa Ban)

“In the shadow of the Statue of Liberty, my sister, Lauren, and I marched near Battery Park NYC (where people arrived after leaving Ellis Island) with thousands of people today against the immigration ban. No ban. No fear. Refugees are welcome here. #nationofimmigrants #diversityisourstrength,” Bush wrote in a Jan. 29, 2017, post that included three photos from a protest against President Donald Trump’s travel ban. 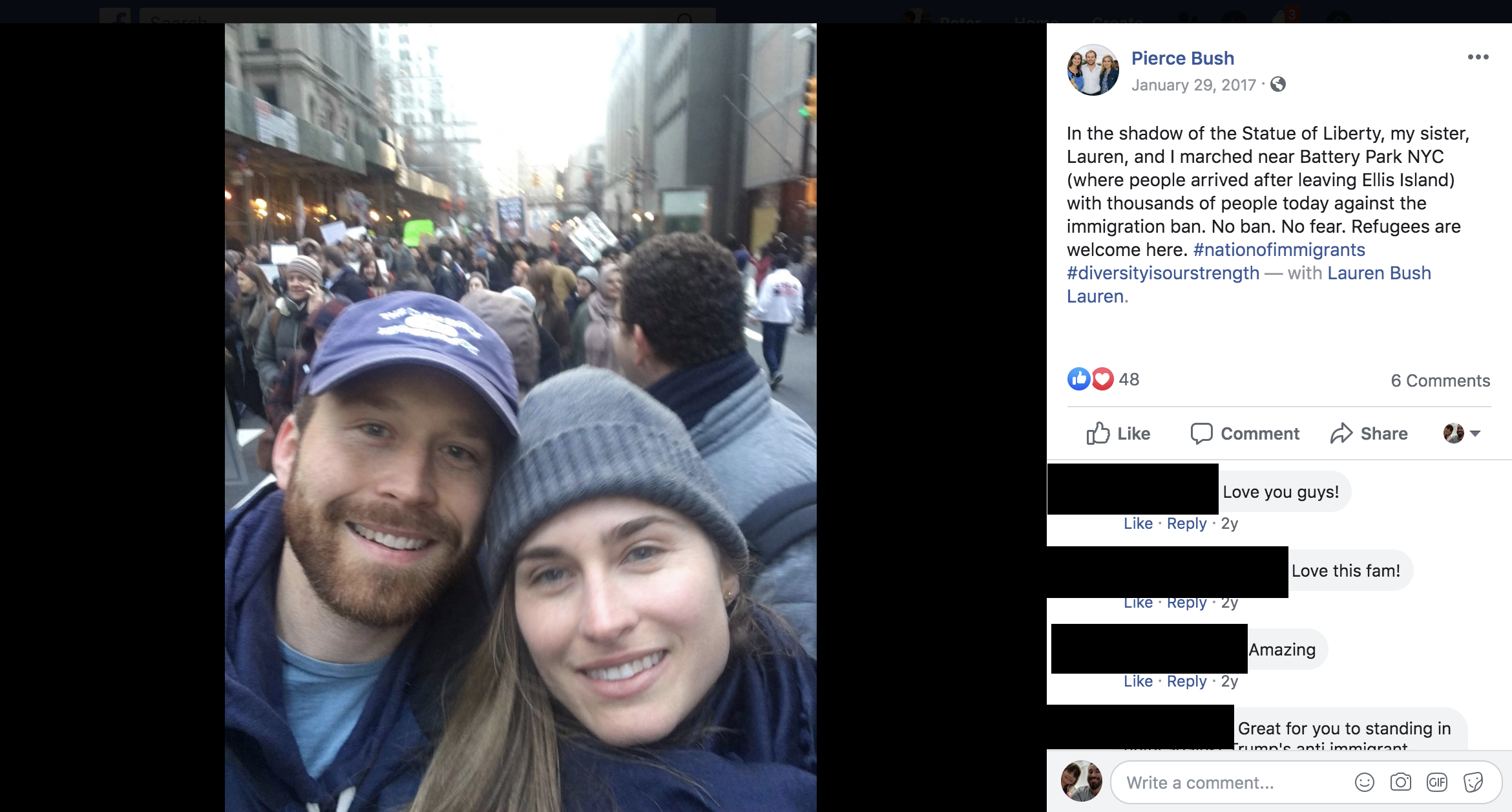 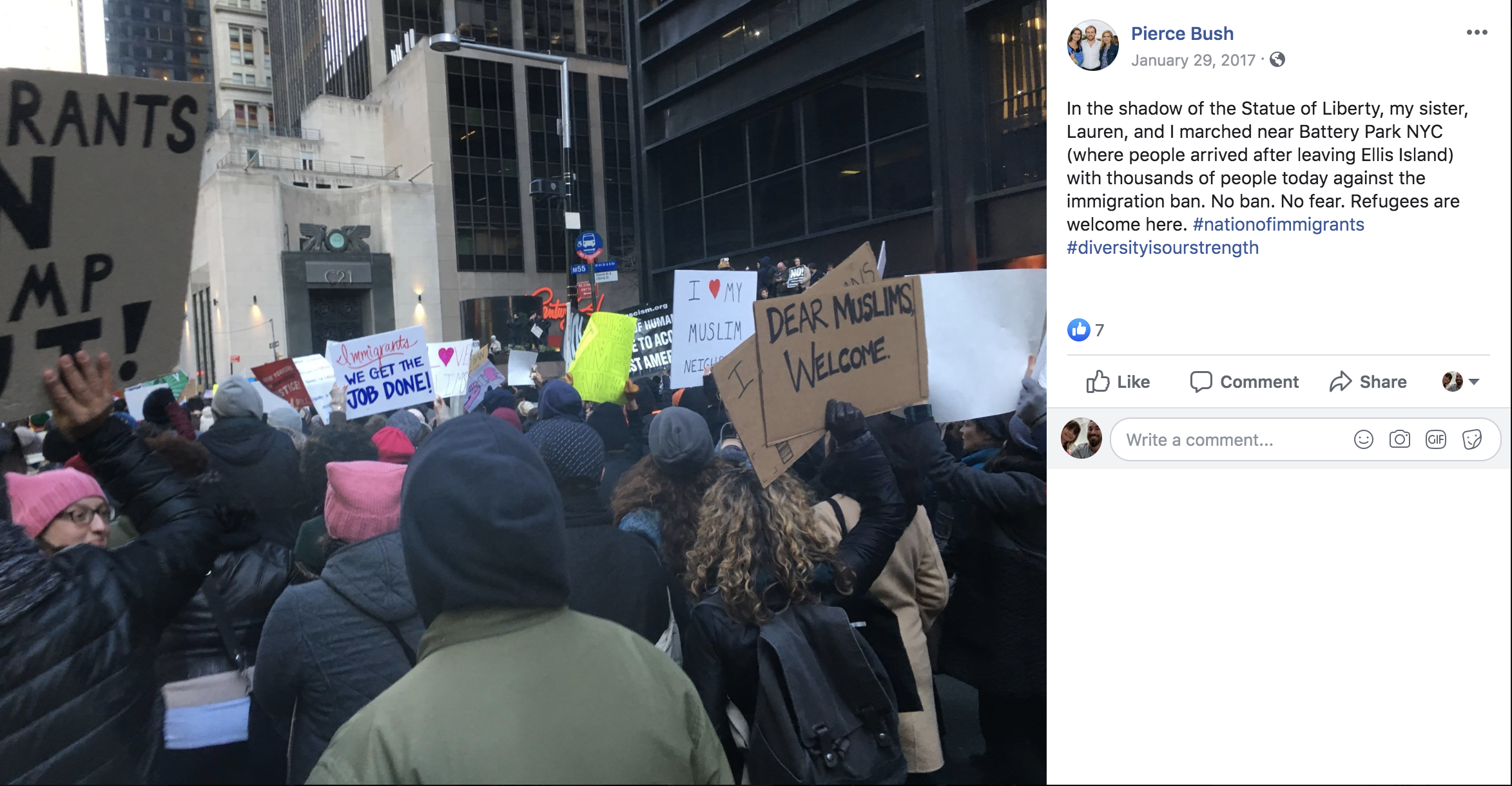 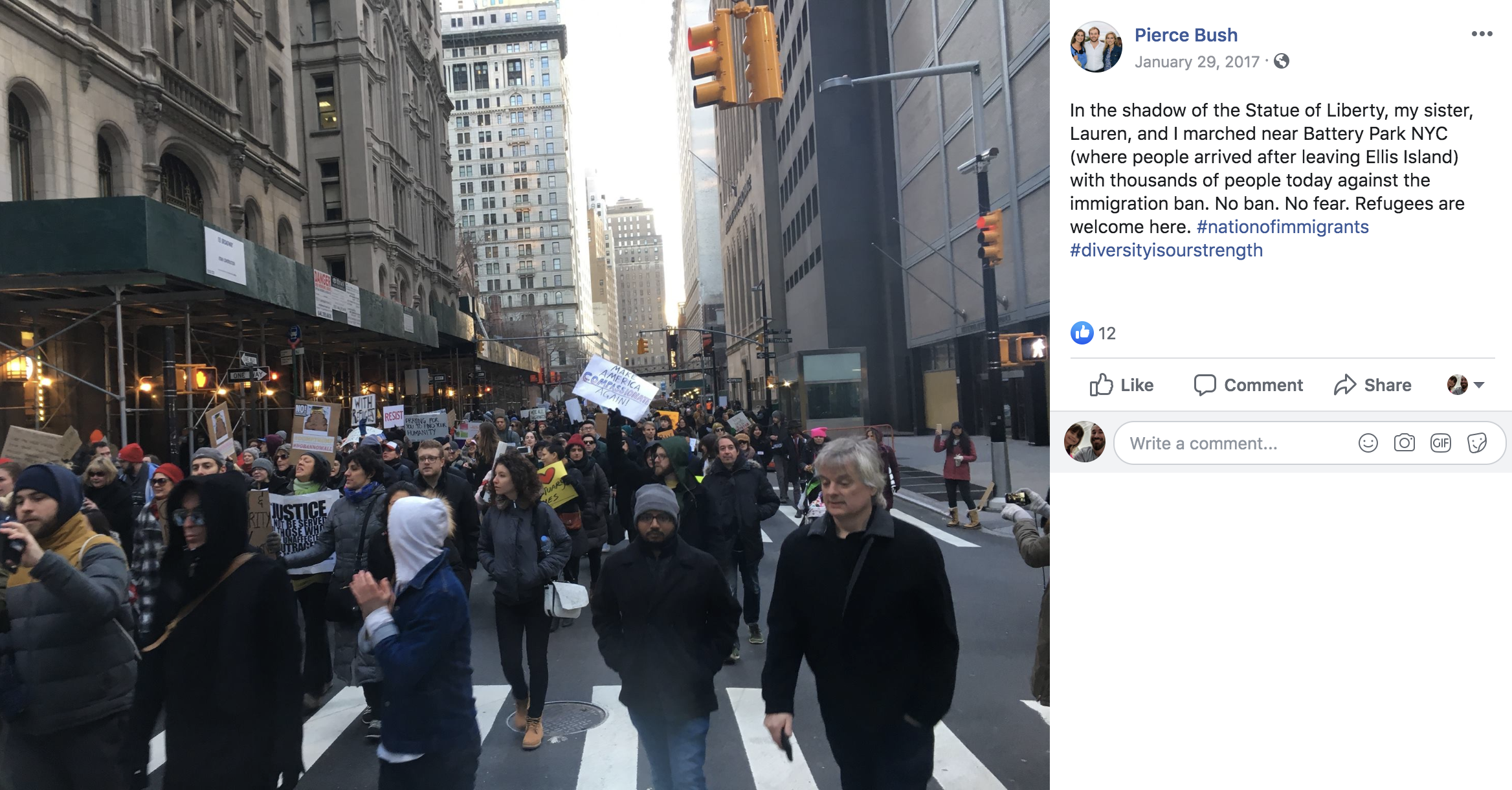 His campaign launch video touted his experience as the CEO of Big Brothers Big Sisters (BBBS) Lone Star, which is “the largest BBBS affiliate agency in the country,” according to his campaign website.

He was paid more than $241,000 by the non-profit in 2017, the most recent year available, according to the organization’s public tax documents.

According to Ballotpedia’s tally, Bush is one of 18 GOP candidates running to replace Republican Texas Rep. Pete Olson, who is retiring from Congress at the end of the current term. The district is projected to be a competitive race in 2020, according to The Cook Political Report.