Holder, who served as former President Barack Obama’s AG from 2009 to 2015 and once described himself as Obama’s “wingman,” attacked Barr in the op-ed for “partisan” statements and actions. The former AG began by stating that he is typically “reluctant to publicly criticize” those who come after him.

“But recently, Attorney General William P. Barr has made a series of public statements and taken actions that are so plainly ideological, so nakedly partisan and so deeply inappropriate for America’s chief law enforcement official that they demand a response from someone who held the same office,” Holder wrote.

Holder continued on to note multiple instances that he viewed as unfitting for an AG. He condemned Barr’s remarks at a Federalist Society event last month, arguing the AG was calling for “essentially unbridled executive power, dismissing the authority of the legislative and judicial branches — and the checks and balances at the heart of America’s constitutional order.” 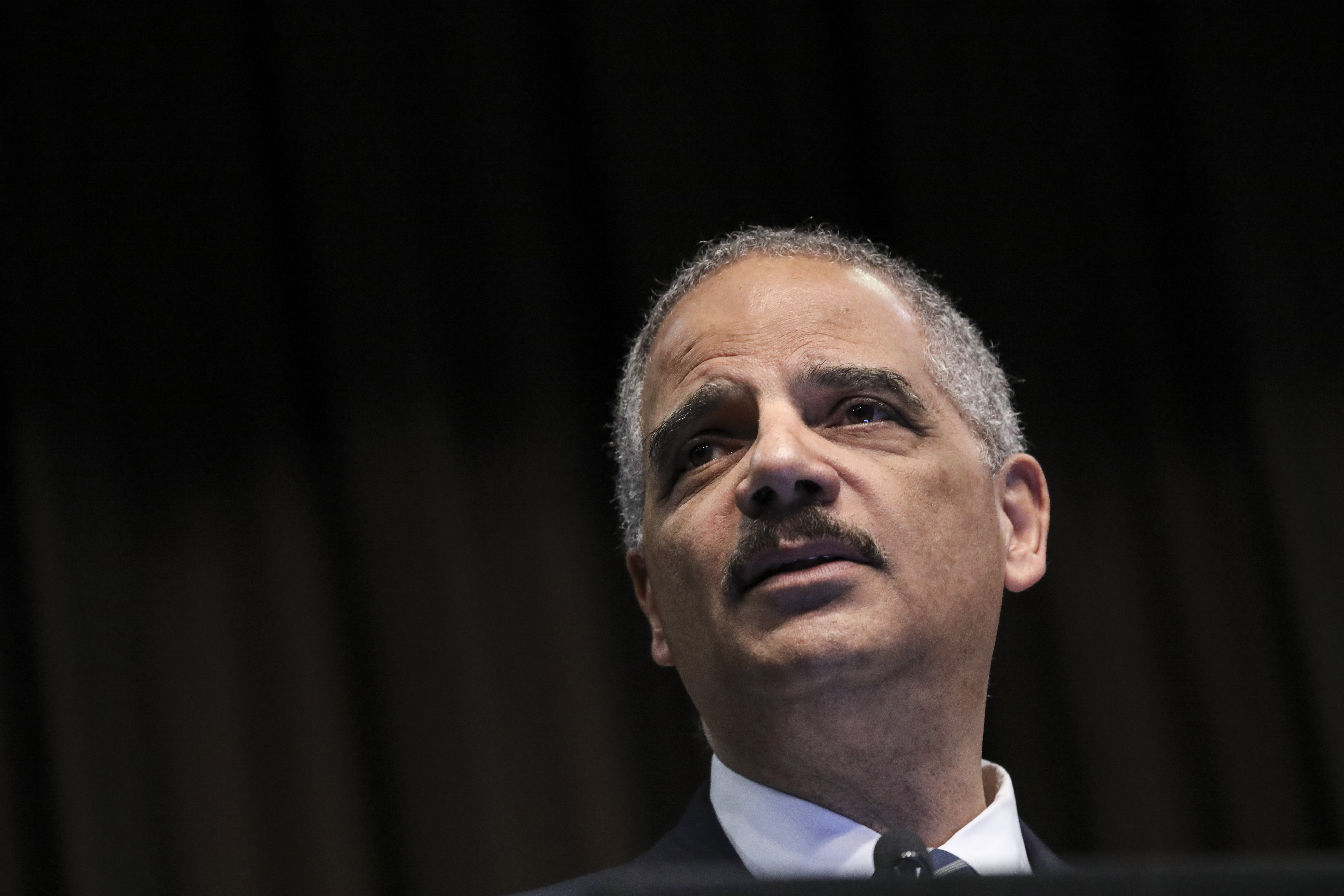 Holder asserted that the commentary showed Barr is a “partisan actor.” Barr in his speech condemned the left for engaging “in the systematic shredding of norms and the undermining of the rule of law” during the speech Holder referenced. (Eric Holder Warns Democrats: ‘Borders Mean Something’)

“Not long after Barr made that speech, he issued what seemed to be a bizarre threat to anyone who expresses insufficient respect for law enforcement, suggesting that ‘if communities don’t give that support and respect, they might find themselves without the police protection they need,'” Holder continued in the op-ed.

“No one who understands — let alone truly respects — the impartial administration of justice or the role of law enforcement could ever say such a thing.”

He called Barr’s comments about law enforcement “antithetical to the most basic tenets of equality and justice.” Holder also condemned Barr for not siding with the FBI and Justice Department’s Office of the Inspector General regarding how surveillance of a Trump campaign aide was handled.

“Having spent the majority of my career in public service, I found it extraordinary to watch the nation’s chief law enforcement official claim — without offering any evidence — that the FBI acted in ‘bad faith’ when it opened an inquiry into then-candidate Donald Trump’s campaign,” Holder wrote.

The FISA report, released Monday, found that the FBI made 17 significant errors and omissions when applying for warrants. Barr took office as AG in the Trump administration in February 2019.

“William Barr has proved he is incapable of serving as such an attorney general. He is unfit to lead the Justice Department,” Holder wrote in the op-ed’s conclusion.