Attorney General William Barr came out swinging in a speech Friday night against the “resistance” and House Democrats whom he accused of “using every tool” to bring down President Donald Trump.

Speaking to the Federalist Society’s dinner in Washington, D.C., Barr also said the legislative branch of government is increasing its powers beyond its Constitutional parameters and is usurping the executive branch. 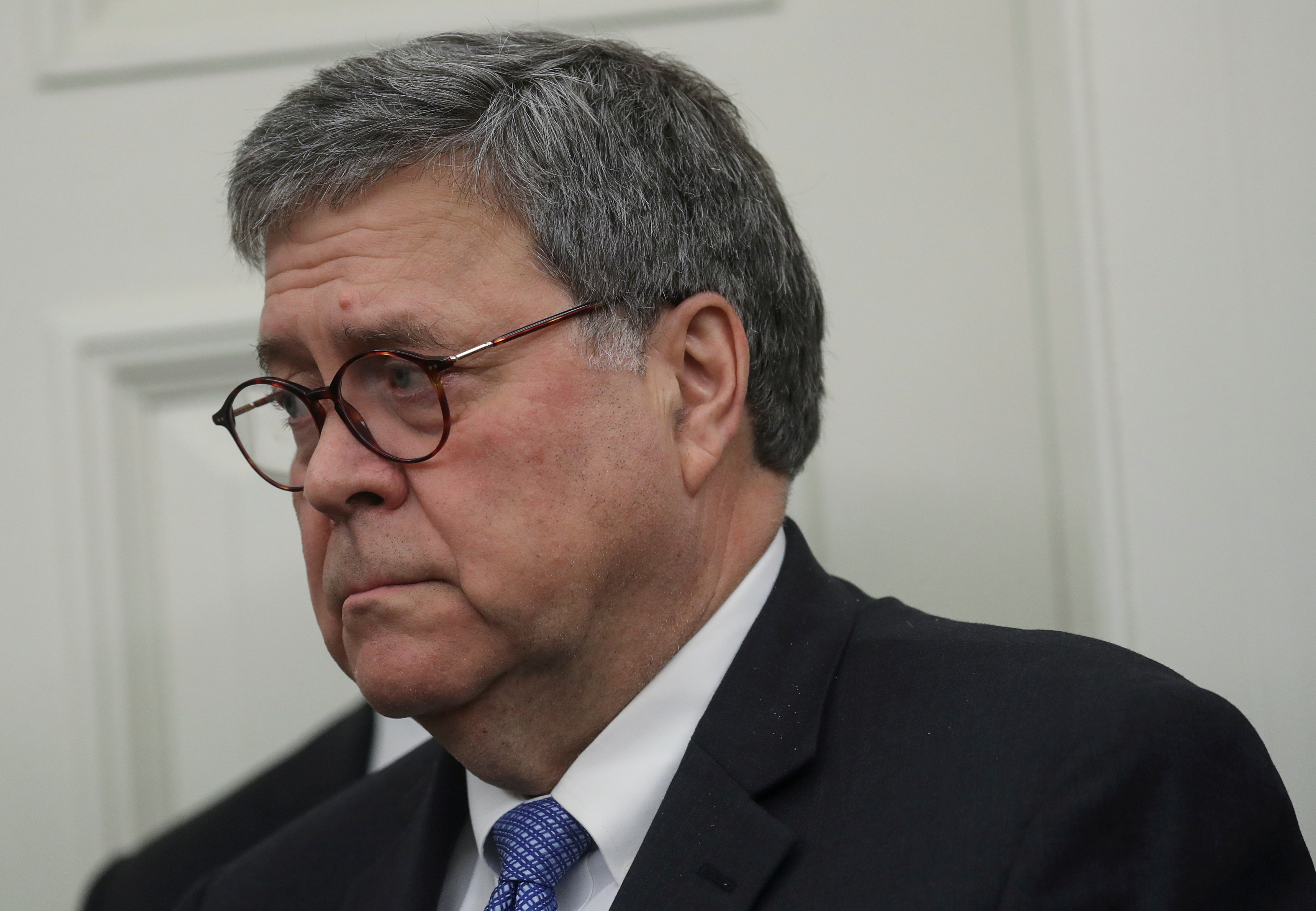 The attorney general said the “sabotage” inflicted by an increasingly aggressive Congress is establishing a dangerous precedent for American government  by suggesting a the president is illegitimate, Fox News reported Saturday. (RELATED: House Republicans Release 18-Page Memo Featuring Their Case Against Impeachment)

“I deeply admire the American presidency as a political and constitutional institution,” he began. “Unfortunately over the past several decades, we have seen a steady encroachment on executive authority by the other branches of the government.”

Barr cited an “avalanche of subpoenas” and constant interference in presidential appointments as examples of how the House has maneuvered to “incapacitate” the executive branch. (RELATED: Democrats Concede Many Americans Aren’t Buying Their Impeachment Narrative)

“Immediately after President Trump won the election, opponents inaugurated what they called the ‘resistance’ and they rallied around an explicit strategy of using every tool and maneuver to sabotage the functioning of the executive branch and his administration.”

“The cost of this constant harassment is real,” he said.

Barr said Trump’s opponents are referring to his presidency as if it were established illegally in a coup and must be overthrown and returned to normal rule.

Impeachment hearings began this week with House Intelligence Committee Chairman and Democratic California Rep. Adam Schiff reprimanding the executive branch of government. “The president has instructed the State Department and other agencies to ignore Congressional subpoenas for documents. He has instructed witnesses to defy subpoenas and refuse to appear. And he has suggested that those who do expose wrongdoing should be treated like traitors and spies.” 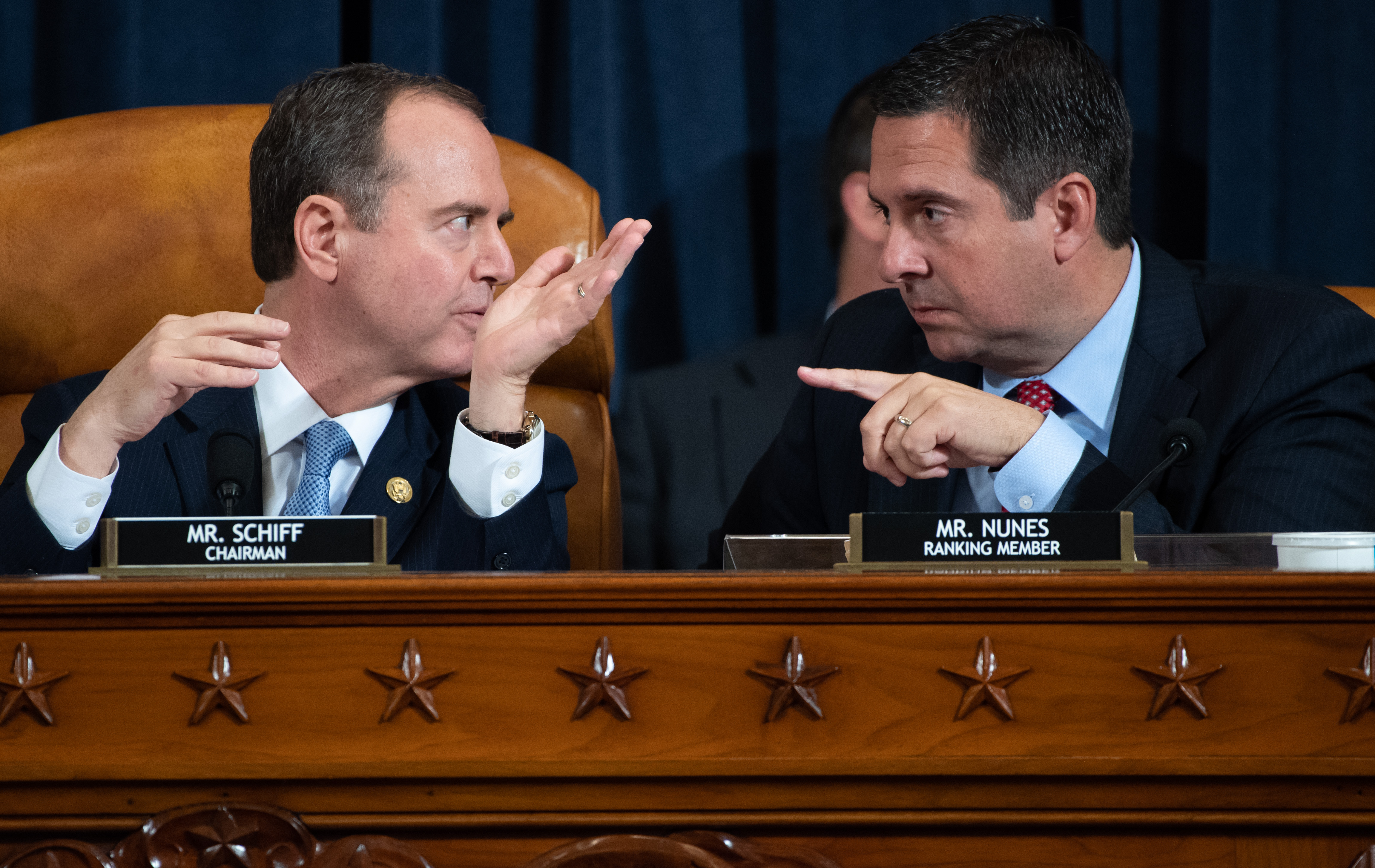 Chairman Adam Schiff (L), Democrat of California, and Ranking Member Devin Nunes (R), Republican of California, during the first public hearings held by the House Permanent Select Committee on Intelligence as part of the impeachment inquiry into US President Donald Trump. (SAUL LOEB/POOL/AFP via Getty Images)

Democratic New York Rep. Alexandria Ocasio-Cortez said Wednesday that the impeachment hearings would serve as a means of unifying the fractious Democratic Party and thereby “preventing a potentially disastrous outcome” in the 2020 elections.

Republican Ohio Rep. Jim Jordan told Democrats that their attempts to impeach the president are unifying the GOP caucus. Jordan vigorously questioned acting U.S. Ambassador to Ukraine William Taylor on Wednesday, asking how Taylor could maintain there was a link between aid to Ukraine and a Biden investigation without pointing to any specific evidence for that contention.