But the New York Democrat is now guiding through his committee two articles of impeachment that have no meaningful support from either Republicans in Congress or Republican voters.

“If you’re serious about impeaching a president, it cannot and should not be done on a partisan basis. You have to have, at least by the end of the process, buy-in from the Republicans, or at least a good number of Republicans,” Nadler said in a February 2018 MSNBC interview.

He added that “if you’re really serious about removing a president from office for high crimes and misdemeanors, you shouldn’t do that unless you get at least an appreciable fraction of the people who voted for him, of the other side, to agree, reluctantly perhaps, to agree that ‘yeah, you had to do it,’ because otherwise you’ll have 20 years of recriminations. we won the election, you stole it from us. you don’t want to divide the country that way.”

Nadler sounded a similar note in September 2018, when he warned that a one-party impeachment would be misguided.

“Impeachment should not be partisan,” the veteran congressman said at a Crain’s breakfast forum in New York. “You have to be in a situation to undertake impeachment where you believe that once all the evidence is public, not a majority but a good fraction of the opposition voters who supported the president would say, ‘Well, they had to do it. It was the right thing to do,'” he said, telling attendees he wouldn’t “tear the country apart.” (RELATED: Impeachment Star Adam Schiff Won First Congressional Race By Campaigning Against Impeachment) 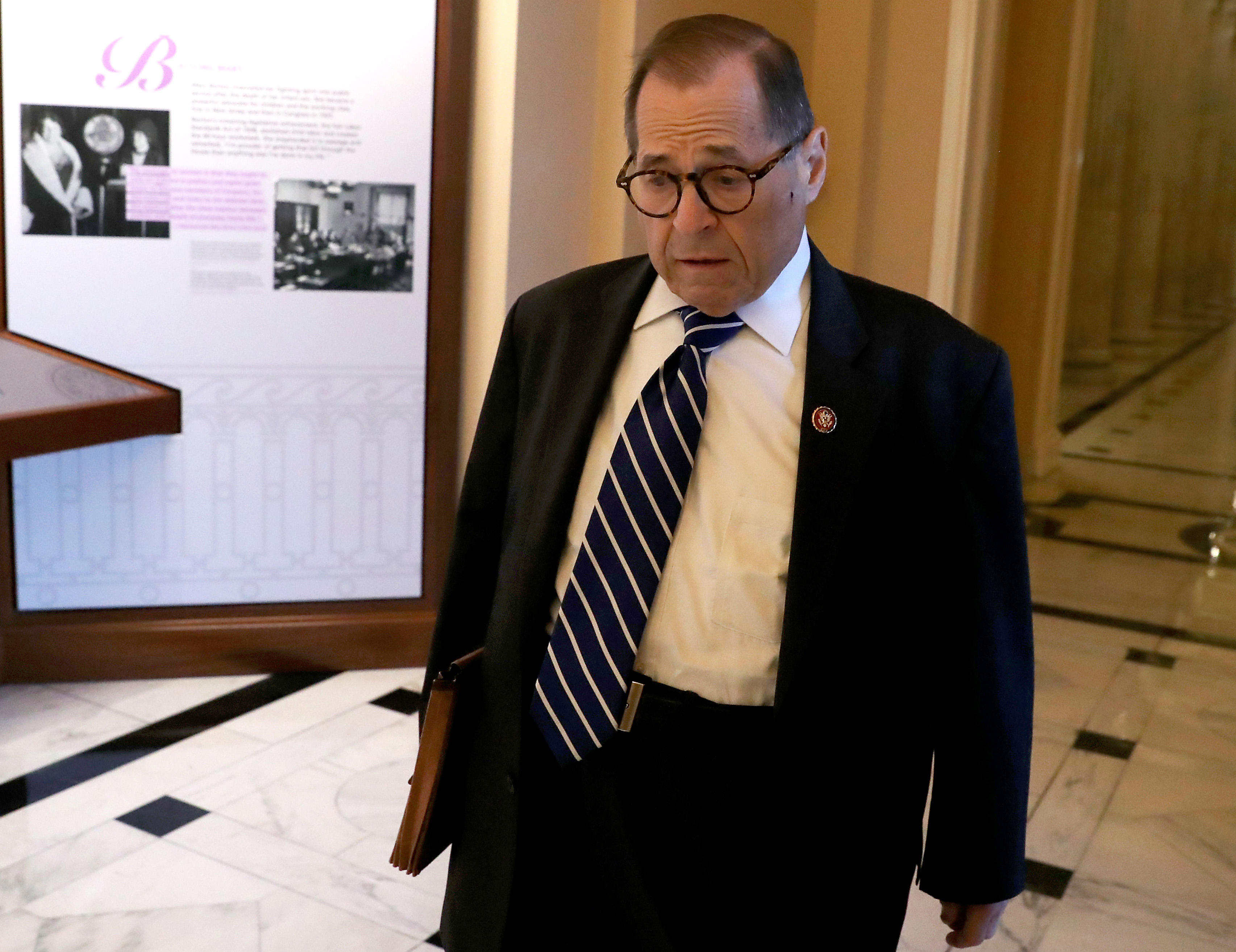 Nadler in November 2018 again warned that a partisan impeachment process would “tear the country apart.”

“Because you don’t want to tear the country apart, you don’t want half the country to say to the other half for the next 30 years, ‘We won the election, you stole it from us.’ You have to be able to think at the beginning of the impeachment process that the evidence is so clear of offenses so grave that once you’ve lay out all the evidence, a good fraction of the opposition voters will reluctantly admit to themselves, ‘They had to do it.’ Otherwise you have a partisan impeachment, which will tear the country apart,” he said on MSNBC’s “Morning Joe.”

Now, Nadler is guiding articles of impeachment through the Judiciary Committee, which is expected to hold a vote Thursday to send impeachment to the House floor. Zero Republicans in Congress have indicated they will vote to impeach the president, while moderate Democrats in the House have waffled on the issue.

Republican voters are overwhelmingly opposed to impeachment as well. A Quinnipiac poll released Tuesday found a majority of voters, including a majority of independents, oppose impeaching and removing the president from office, with just 3% of registered Republicans in support, and 12% of Democrats opposed.

Nadler spokesman Daniel Schwarz said in an email that the congressman “has gone into great detail about his 3 part [impeachment] test many times.”