Trump Downplays China’s Coronavirus Disinformation: ‘They Do It And We Do It’

2020 presidential candidate Sen. Bernie Sanders is surging in Democratic primary polls, both nationally and in the key states of Iowa and New Hampshire.

The Vermont senator is polling in second place nationally, second in Iowa, and first in New Hampshire, according to polling averages tracked by RealClearPolitics (RCP).

Sanders trails only former Vice President Joe Biden in the national RCP average. Biden is averaging 27.8% in national polls, while Sanders is polling at an average of 19.3%, according to RCP. Democratic Massachusetts Sen. Elizabeth Warren is running behind both Biden and Sanders with an RCP national average of 15.2%. (RELATED: Impeachment Has Been More Than Kind To Republican Fundraising: RNC) 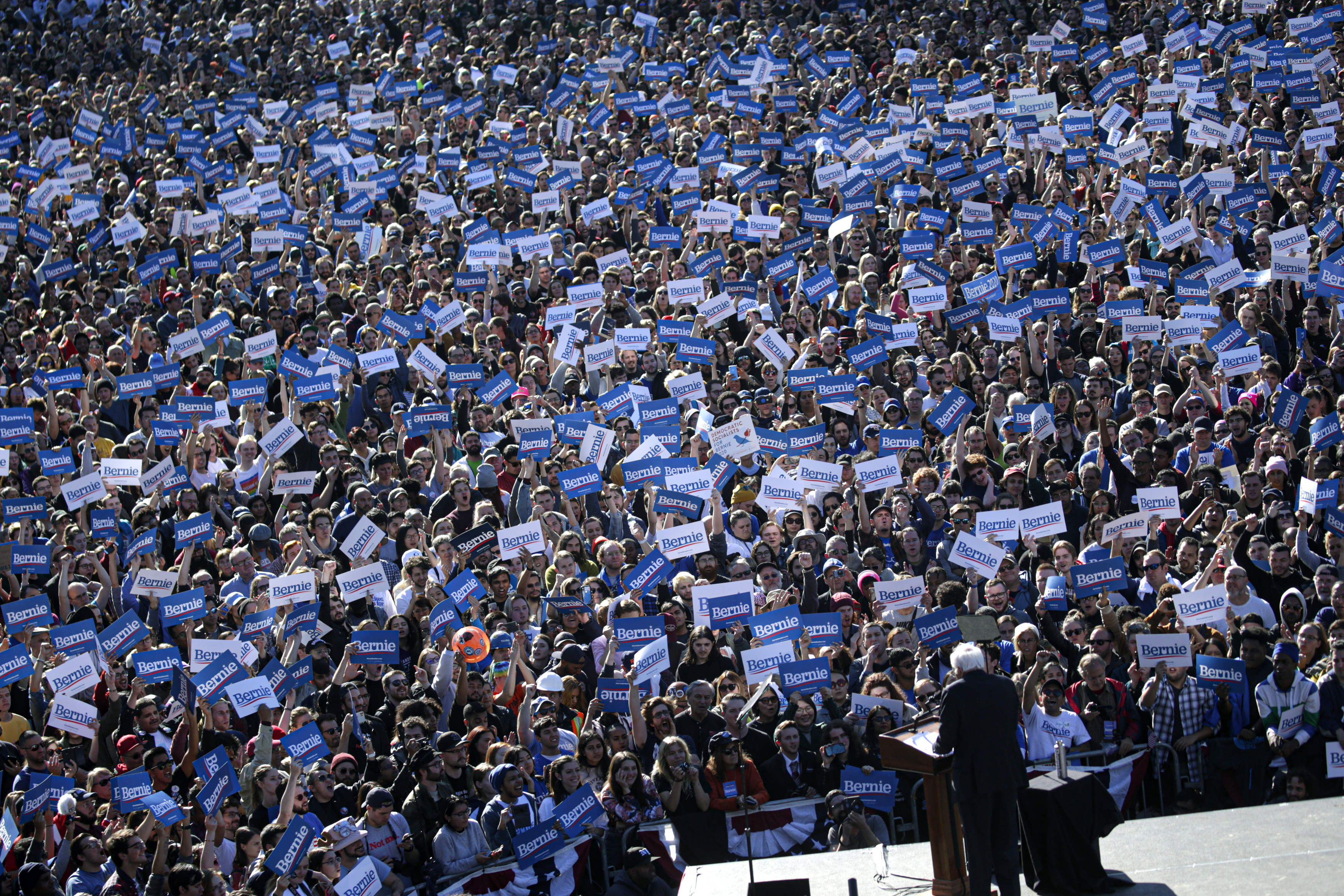 Sanders polls at 20% in the Iowa Democratic Presidential Caucus, second only to South Bend, Indiana Mayor Pete Buttigieg at 22%, per the RCP average.

Sanders and Biden are neck and neck in California, where Biden polls at 21.2% and Sanders polls at 21%. (RELATED: Biden Is ‘Not A Healthy Guy,’ Former Obama Doctor Says)

And Sanders has taken the lead in New Hampshire, where he polls at 19%, ahead of Buttigieg, who polls at 17.7%.

Sanders’s rise in the polls comes roughly 11 weeks after he suffered a heart attack.

1
Chinese Markets Reopen — And They Still Sell Bats, Dogs And Cats
World
2
FLASHBACK Feb. 24: Pelosi Stands In SF Chinatown And Urges People To Come Out
Politics
3
CBS News Airs Footage Of Italian Hospital While Reporting On New York's Coronavirus Crisis
Media
4
Joy Behar Tries To Get Jonathan Karl To Say Trump Is Mentally Ill
Politics
5
Trump Downplays China's Coronavirus Disinformation: 'They Do It And We Do It'
Politics