The New York Times claimed that 2019 forebodes “ominous signs” for journalists because of President Donald Trump, in an article published Monday ahead of the new year.

The Times’ article wrote that Trump has used his “fake news” term 273 times in 2019, noting that this number is 50% more than 2018. This was one of multiple reasons why 2019 was allegedly “the darkest yet for journalists in the Trump era,” according to the publication.

“Mr. Trump’s vilification of the news media is a hallmark of his tenure and a jagged break from the norms of his predecessors: Once a global champion of the free press, the presidency has become an inspiration to autocrats and dictators who ape Mr. Trump’s cry of ‘fake news,'” according to Monday’s article.

There are zero journalists imprisoned in America, according to 2019 data from the Committee to Protect Journalists. This information was not included in the NYT write-up about the Trump administration causing “the darkest” year yet for American journalists. (RELATED: Trump Says His Campaign’s Real Opponent Is The ‘Fake News Media,’ Not The Democrats)

Comparatively, there are 10 imprisoned journalists in Russia and 11 in Nigeria, Oman, and North Korea, among other countries. In total, 250 journalists are reported to be in prison around the world in 2019, according to the data.

The amount of journalists imprisoned in other countries as well as the total number in prison in 2019 was also not included in the Times’ write-up about attacks on the press in America.

“Mr. Trump has long oscillated between taunting, cajoling, criticizing, and manipulating the journalists who cover him,” according to the article. “Domestically, journalists in Washington say Mr. Trump’s behavior this year has only deepened their unease.”

Included in the round-up of reasons why the Trump administration has allegedly caused this unease among the press was a controversial October video. Streamed at a retreat for Trump supporters in October, it showed the president killing members of the press, news outlets and some politicians.

“For Mr. [Jonathan] Karl, who reports for ABC News, the year’s ‘most chilling moment’ came when a video that depicted Mr. Trump as a mass murderer, shooting and stabbing members of the press, was screened at a retreat for the president’s supporters at the Trump National Doral Miami resort,” according to the NYT. 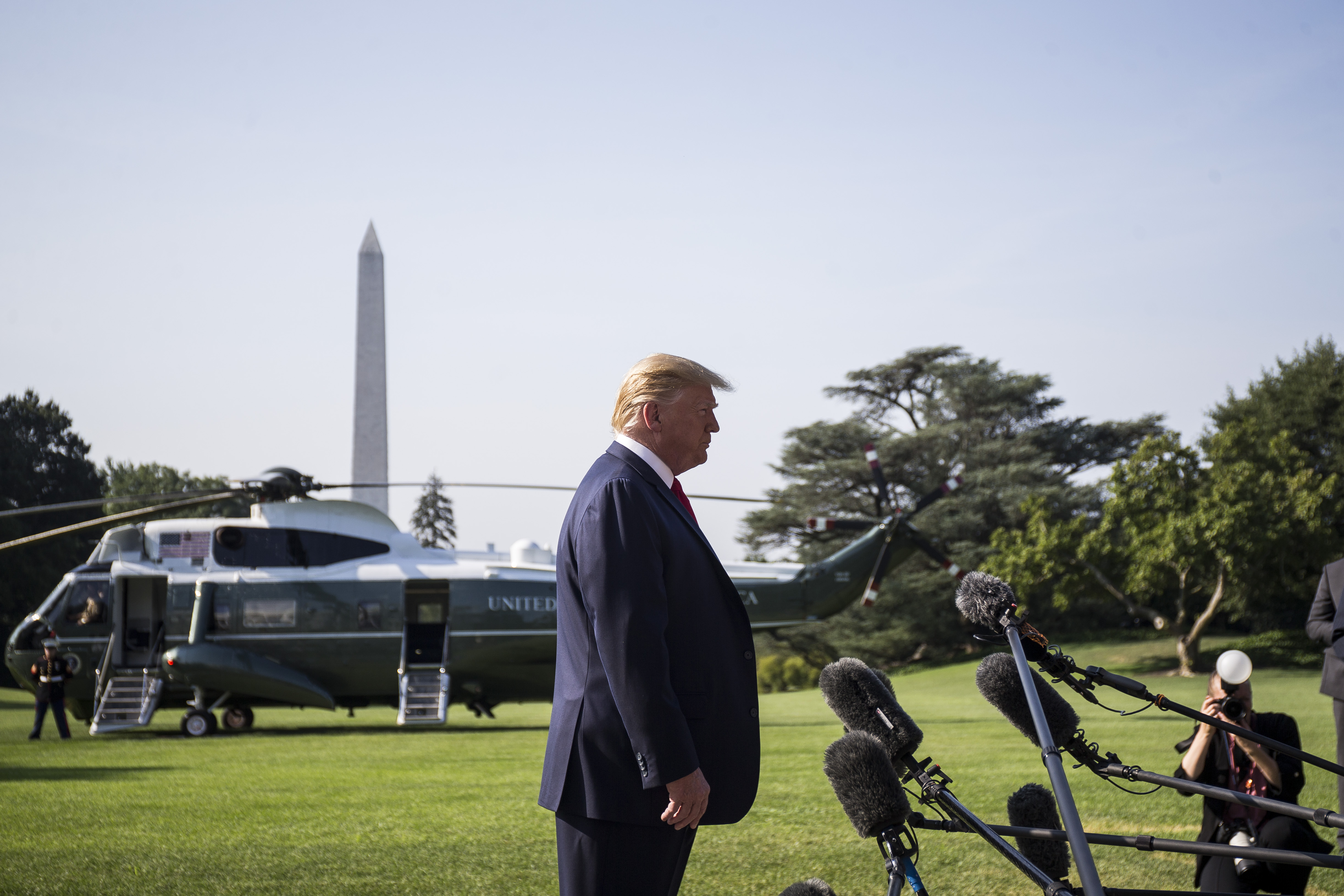 President Donald Trump speaks to members of the press before departing from the White House en route to Dayton, Ohio and El Paso, Texas on August 7, 2019 in Washington, DC. (Zach Gibson/Getty Images)

The video was “disavowed by the White House,” the article noted. It did not mention that the White House was not responsible and reportedly had no knowledge of the video’s existence before it was shown. The video was a spoof of a fight scene from the movie “Kingsman: The Secret Service.” (RELATED: Media Gloats After House Votes To Impeach Trump)

Monday’s article continued on to admit that Trump has been “more directly accessible to journalists than several of his recent predecessors,” but lamented about his choice in location of these interviews. They are often done on the South Lawn of the White House as a helicopter whirs behind him.

“But the arrangement is stacked in Mr. Trump’s favor,” the NYT writes. “The noise lets him ignore questions he dislikes. And the events are entirely at Mr. Trump’s discretion, as opposed to a regular briefing where officials must answer for the news of the day.”

The decrease in White House press briefings and various other comments from the president were also listed as reasons why the NYT dubbed 2019 as “the darkest yet” for journalists. Trump accusing the publication of “treason” was another addition to the list.

The NYT did not immediately respond to a request for comment from the Daily Caller.