My grandfather, William Franklin Greenplate, was part of Team SNAFU at the Battle of the Bulge in 1944 — and although my father searched for years to find more of his story, he came up empty.

My father, U.S. Army CPT John Greenplate (Operation Enduring Freedom), passed away on January 17, 2017. And when one soldier falls, the next takes up his mission.

When the opportunity arose for me to travel to Bastogne for the 75th anniversary, to stand where PopPop stood and make an attempt to retrace his steps — especially since that was something my father had never had the chance to do — I knew that I had to go. (RELATED: Read The Christmas Letter Gen. McAuliffe Sent His Surrounded, Outnumbered Troops During WWII)

From the moment I arrived in Brussels, it was as though I had entered another world. As I waited to collect my luggage, I overheard an animated discussion between Battle of the Bulge veteran Vincent Speranza (501st Parachute Infantry) and Ken McAuliffe, the great-nephew of American Brigadier General Anthony McAuliffe.

Speranza mentioned the General’s famous reply to the German commander who had demanded his unconditional surrender — “NUTS!” — and said he had always privately believed that the general had said something quite a bit stronger.

The younger McAuliffe said no, that the history books had gotten it right. “When my great grandmother — the general’s mother — got word of what had happened and heard that ‘NUTS!’ had been his reply, she just laughed and threw up her hands. ‘That’s our Tony,’ she said.”

I watched, half believing it was a dream, as a veteran of the Battle of the Bulge argued — 75 years after the fact — with the great-nephew of his own commanding general over what that general might have said in the heat of one of the most desperate moments in history.

Onward, then, to Bastogne.

Beginning with what we knew of PopPop’s movements through the Ardennes, I went first to a tiny village near the Luxembourg border called Longvilly. 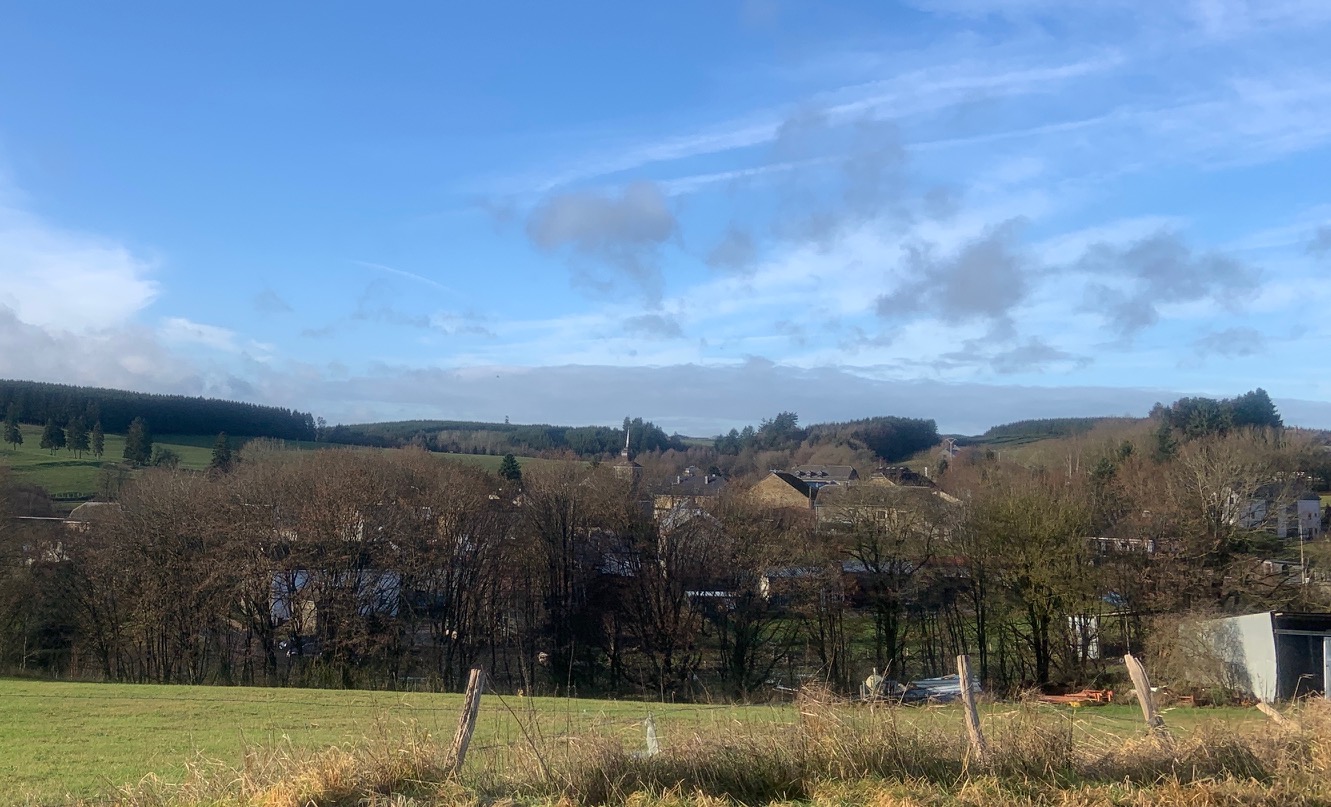 The village of Longvilly, Belgium, as seen from the road. Virginia Kruta/The Daily Caller

From there it was just 5 miles to Bastogne, which was held by McAuliffe and most of the 101st Airborne Division — where PopPop’s 12th Armored Group was overrun, sending the men scrambling on foot for the relative safety of the city limits.

I touched the worn plaque outside Longvilly’s stone church, recognizing the Belgian civilian casualties of the attack that had flushed the American soldiers out. 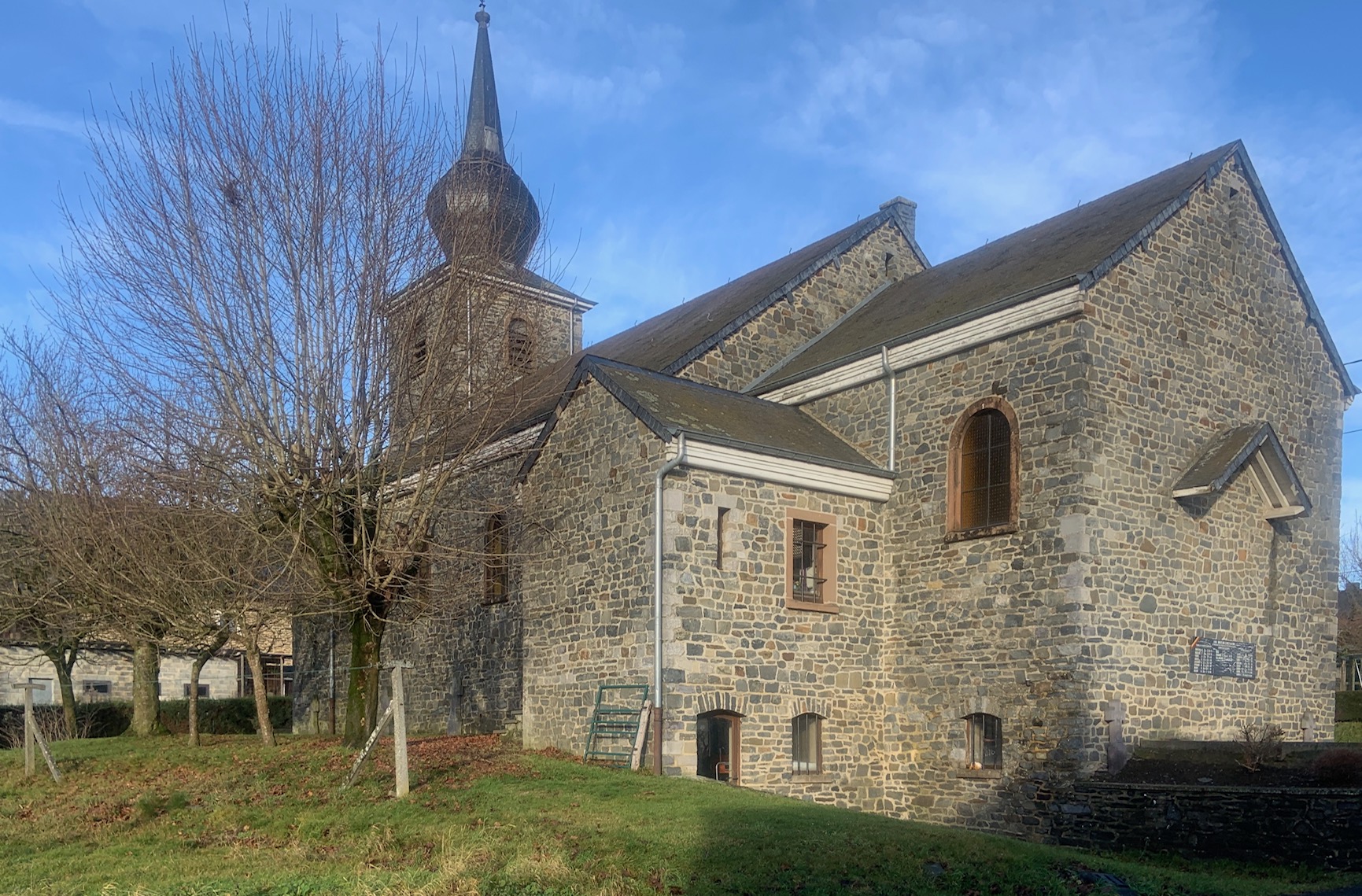 A church stands at the center of the Belgian village of Longvilly. Virginia Kruta/The Daily Caller 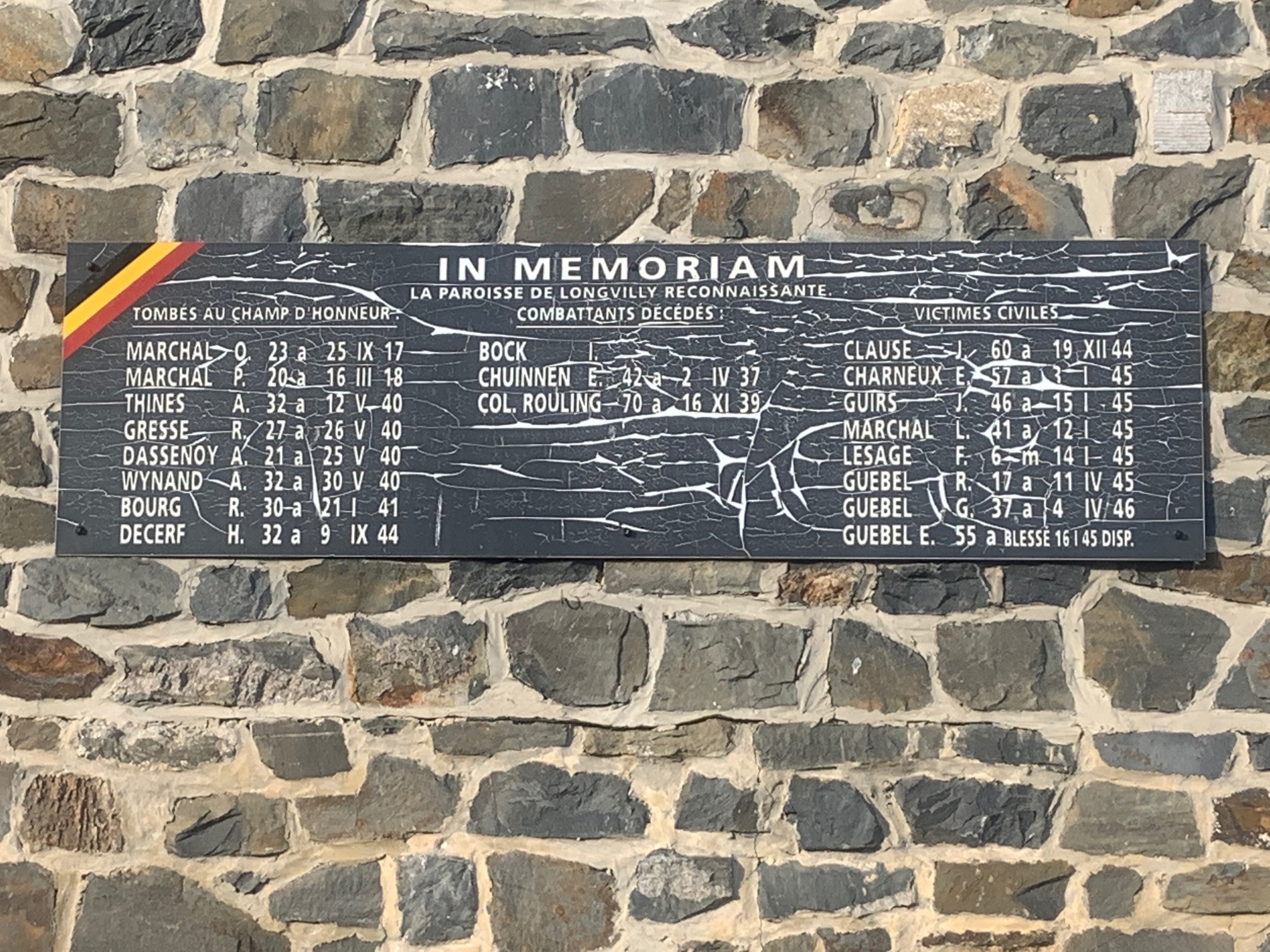 A plaque on the side of Longvilly’s church honors the military and civilian casualties of the Battle of the Bulge. Virginia Kruta/The Daily Caller

I saw the main road through nearby Magaret that provided the German tanks a way into Bastogne. I followed the narrow farm roads that gave the Americans on foot an alternate route to Bastogne through the even smaller village of Bizory.

I stood among the preserved foxholes, dug by the embedded 101st in Foy, just a a few minutes from the center of Bastogne. 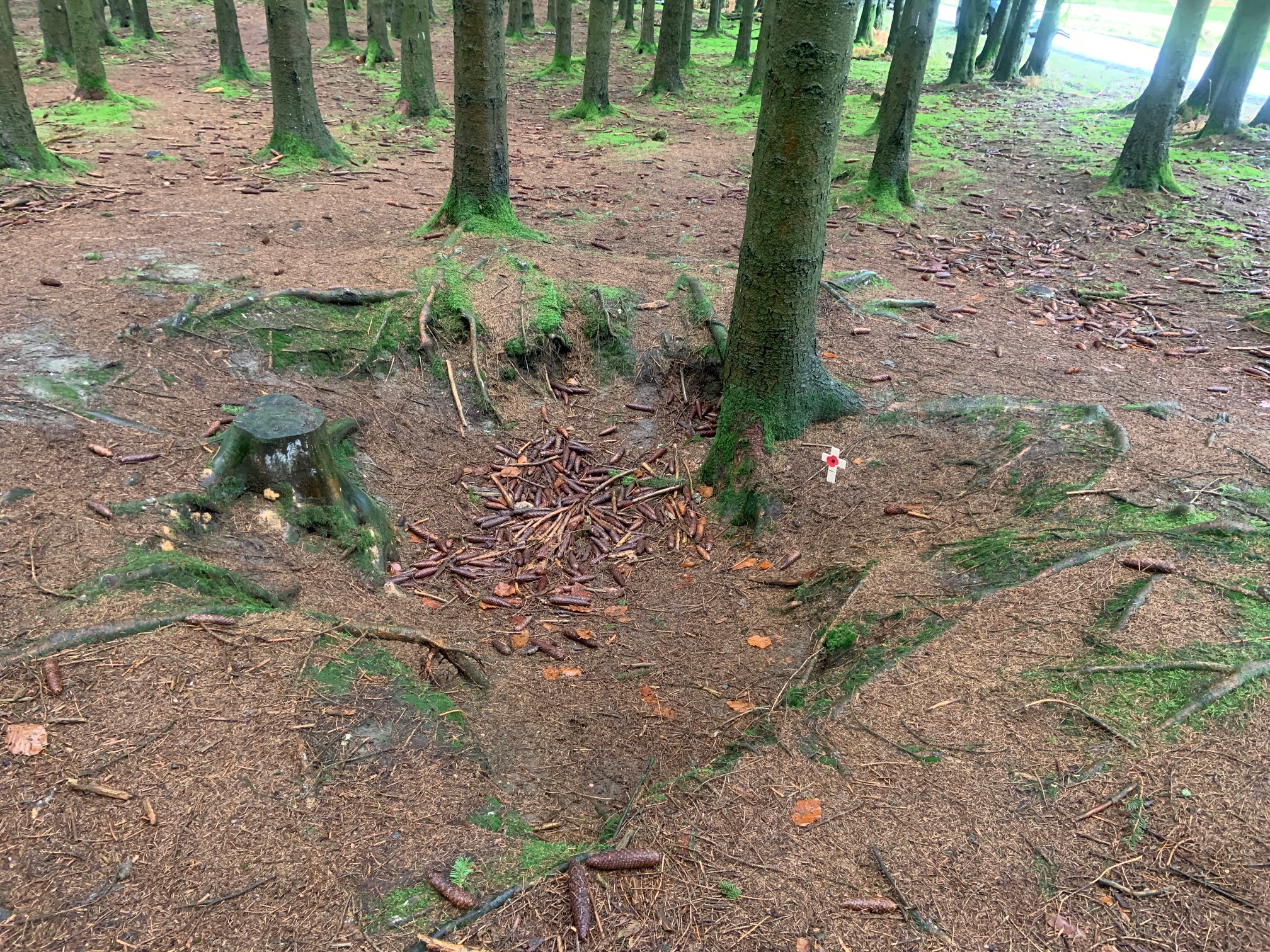 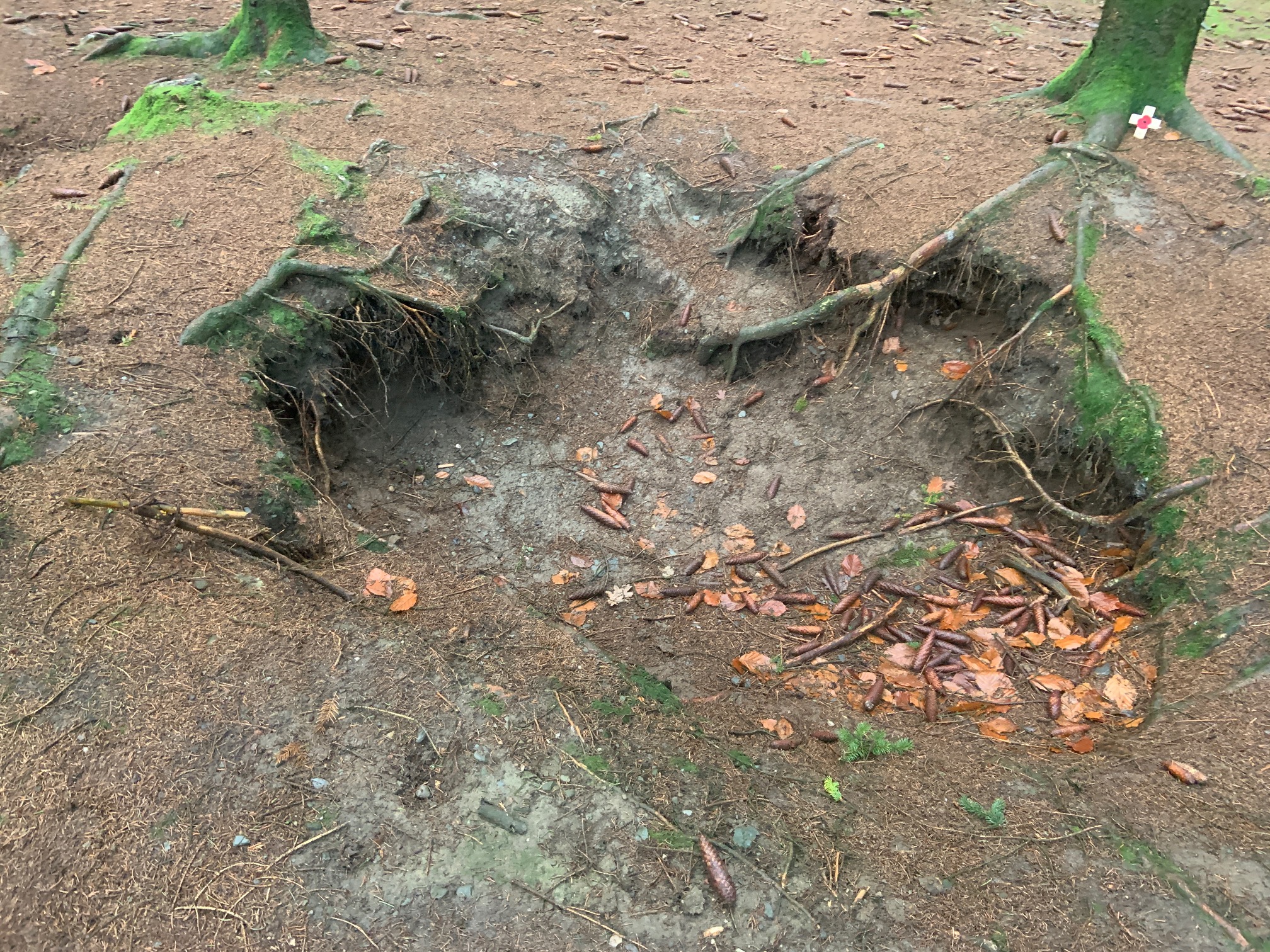 I visited the Bastogne War Museum and the 101st Airborne Museum, and as I spoke with the gathered veterans, I got my first solid lead: all of them knew of Team SNAFU, but none of them could give a concrete answer as to who might have been part of it or what their mission was.

It seemed like a dead end until one of them said, in passing, that he had always thought SNAFU was where they sent the stragglers. That key word opened up the search, leading me to one Colonel William Roberts, a World War I veteran who was well-versed in close combat and the devastating impact on morale when large numbers of soldiers were left without a unit or a mission.

Roberts, after obtaining permission from Generals McAuliffe and Middleton to “do something with the stragglers,” cobbled together his own team comprised of the broken, battle-weary soldiers who made their way into Bastogne as their units were overrun.

He gave them what he could in the way of field treatment for what he called “combat fatigue” — and what we might now refer to as Post-Traumatic Stress Disorder: A few hours’ sleep in relative safety. A hot meal or two. Clean, dry socks. But through it all, Roberts made it clear that he expected them to return to the line — and most of them did.

Bastogne remembers them, along with the thousands of other Americans who gave their lives to stop Hitler’s advance. I walked into a small watch shop to warm up as freezing rain threatened one of the parades, and the shop owner asked in broken English how he could help me. I told him that I was just looking.

“American?” he asked. I told him yes, and that I was there to honor my grandfather’s service in Bastogne. He turned to an older woman he introduced as his mother, and she suddenly got very agitated and ran into a back room.

She returned seconds later with a book, and her son translated as she told me about her childhood home on a farm just outside the city. She pointed to photo of that home, reduced to rubble by the German army. “Thank you,” she told me. “Thank your America.”

The Mardasson Memorial stands just outside the city in tribute to their sacrifice. 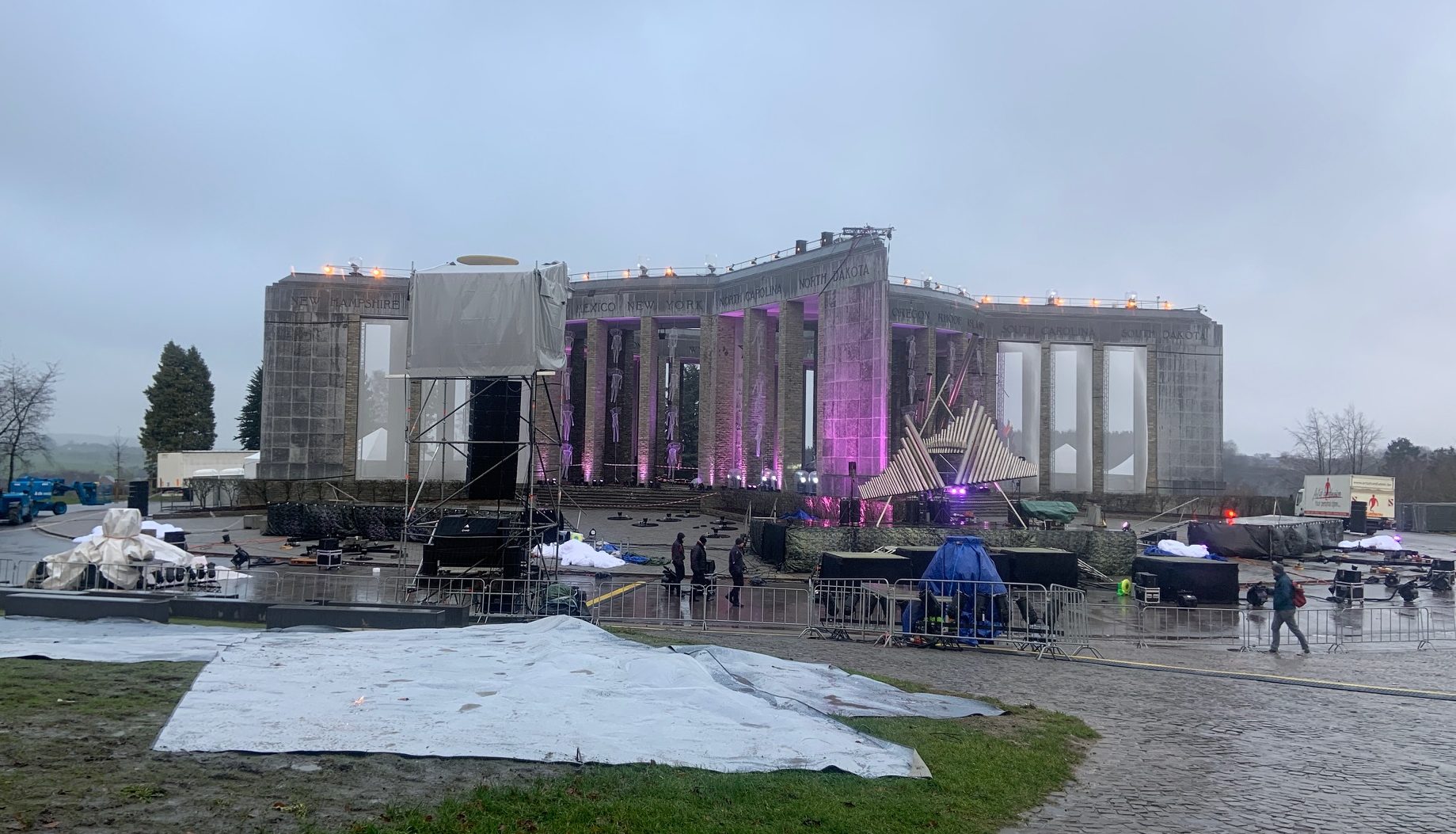 The Mardasson Memorial stands in tribute to the American soldiers who died protecting the Belgian city of Bastogne. Virginia Kruta/The Daily Caller

But the official records are muddled, and Roberts’ ad hoc unit never filed an official roster. Instead, the service records of the men who called Team SNAFU home listed a temporary assignment to the 101st Airborne Division — if they mentioned anything at all. For this reason — and because many of the men who were assigned to the unit spoke very little of their time in service — very little is written of SNAFU.

The next mission is clear as this adventure, like most good adventures do, has opened the door for the next.

My mother helped to kick the door open a little wider — for Christmas, she tied a ribbon around a generous stack off my father’s war books and told me, “It’s time for you to use them.”

Onward, to the archives.

1
Adam Schiff: Removing Trump Urgent Because He’s ‘Threatening’ To ‘Cheat In The Next Election’
Politics
2
Elizabeth Warren Questions If Americans 'Want Someone Who Lies To Them'
Politics
3
'We Just Saw The Pictures': Chris Wallace Challenges Hakeem Jeffries' Claim That Souvenir Pen Ceremony Was 'Solemn'
Media
4
Lindsey Graham Unloads On Pelosi: She 'May Pray Privately, But She's Orchestrated The Trial Of Holy Hell'
Politics
5
'But You Got A Cool Pen': Liz Cheney Mocks Impeachment Manager Jason Crow After CNN Appearance
Media