The Department of Homeland Security announced an expansion of the Migrant Protection Protocols program Thursday, placing migrants who reach the Arizona border under the program’s direct purview.

DHS is processing asylum seekers who reach the Arizona border for return to Mexico to wait out their court proceedings, the department announced in a press release. The news marks the latest expansion of the Migrant Protection Protocols program, also known as “Remain in Mexico,” which requires tens of thousands of asylum seekers to wait in Mexico while their claims are adjudicated in the U.S. immigration court system.

This marks the first time the department will send migrants who reach Arizona’s Tucson Sector directly back to Mexico. Previously, DHS transferred them to El Paso, Texas, and from there to Ciudad Juarez, Mexico.

Chad Wolf, the acting DHS secretary, has consistently hailed Remain in Mexico as a successful program that is helping control the immigration crisis. 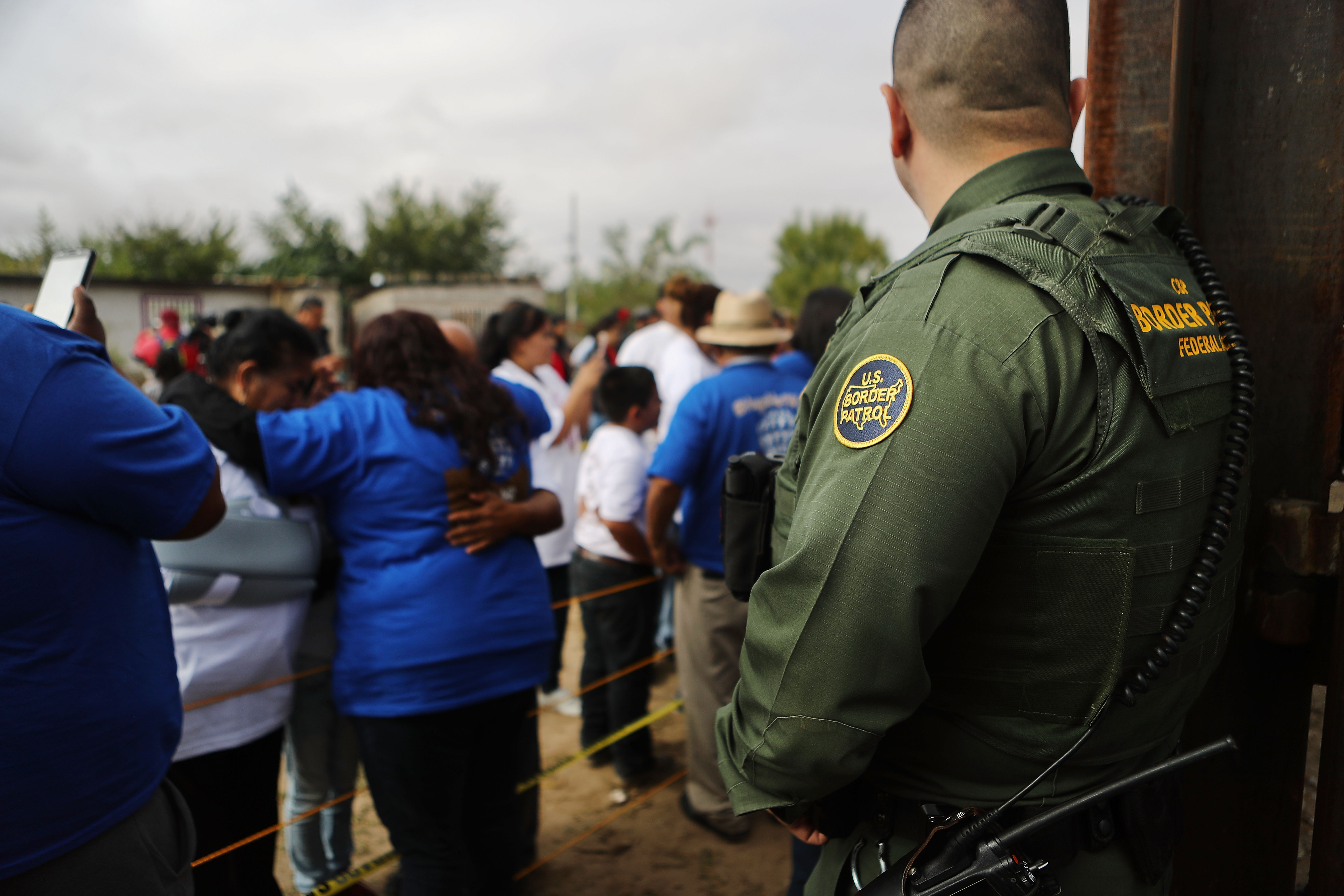 A U.S. Border Patrol agent keeps watch as families are briefly reunited at the Hugs Not Walls event on the U.S.-Mexico border on Oct. 13, 2018 in Sunland Park, New Mexico. (Photo by Mario Tama/Getty Images)

“MPP has been an extremely effective tool as the United States, under the leadership of President [Donald] Trump, continues to address the ongoing humanitarian and security crisis at the border,” Wolf said in a Thursday statement. “The Department is fully committed to the program and will continually work with the Government of Mexico to expand and strengthen it. I am confident in the program’s continued success in adjudicating meritorious cases quickly and preventing fraudulent claims.”

More specifically, DHS expanded Remain in Mexico to the Nogales Port of Entry south of Tucson, Arizona. The department will transfer migrants who Border Patrol apprehends near Tucson to Nogales, Mexico.

Expansion into Tucson means DHS is implementing the Remain in Mexico program in seven U.S. ports of entry, with the other six being Calexico and San Diego in California and Laredo, El Paso, Eagle Pass and Brownsville in Texas. The initiative, which the Trump administration launched in January 2019, has proven successful at keeping migrants in Mexico — eliminating the possibility for them to escape into the interior of the U.S. before a judge adjudicates their claims, thus removing a major incentive for lodging bogus asylum claims. (RELATED: Homeland Security Chief Orders Review Of State Laws Allowing Driver’s Licenses For Illegal Aliens)

Authorities have returned more than 56,000 migrants, many of them from the Northern Triangle region of Central America, to Mexico to wait for their court hearings.

“[Remain in Mexico] remains a cornerstone of DHS’s efforts to restore integrity to the U.S. immigration system and relieve the crushing backlog of pending asylum cases. Our nation is more secure because of the program, and migrants with meritorious asylum claims can receive protection in months, rather than waiting in limbo for years,” a DHS statement read.

The Trump administration has implemented numerous directives to help manage the border crisis. Along with Remain in Mexico, the White House also expanded the Prompt Asylum Claim Review, relaunched the Interior Repatriation Initiative, entered into asylum agreements with several Central American governments and used metering to mitigate the number of foreign nationals who can cross the border and claim asylum every day.

The initiatives have proven successful, with November marking the sixth consecutive month where southern border apprehensions have fallen. That month saw a total of 42,649 border enforcement actions — a staggering decrease from the more than 144,000 enforcement actions seen in May 2019, the peak of the immigration crisis.