Wolf on Tuesday ordered all of the components of DHS to conduct a department-wide review of the state laws to determine how they affect their day-to-day operations, according to a memo obtained by the Daily Caller News Foundation. The DHS chief’s directive indicates he is prepared to take aim against the state laws.

“Accordingly, I am instructing each operational component to conduct an assessment of the impact of these laws, so that the Department is prepared to deal with and counter these impacts as we protect the homeland,” Wolf’s memo read.

The memo follows implementation of New York’s “Green Light” law, and passage of a similar bill in New Jersey in December. Both laws not only allow illegal aliens to obtain driver’s licenses, but also restrict DMV data from Immigration and Customs Enforcement (ICE) and other agencies within the Department of Homeland Security. 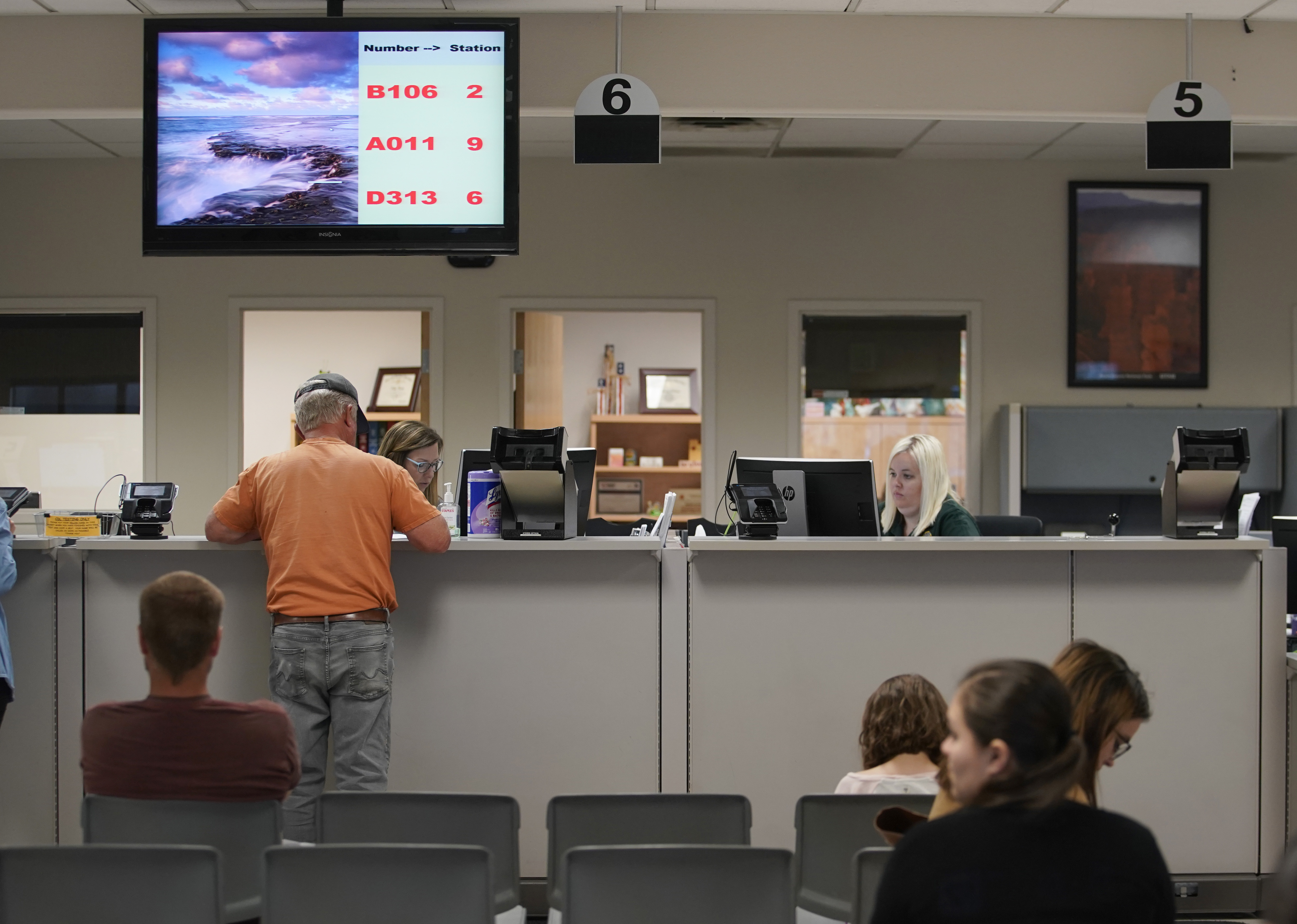 People are helped with their driver licenses as other people wait their turn, at the Driver License Division for the state of Utah on July 9, 2019 in Orem, Utah. (Photo by George Frey/Getty Images)

In New York, in particular, numerous county clerks have expressed reservation over the fact that illegal aliens can obtain a driver’s license with foreign documentation — arguing that such a policy paves the way for voter fraud, identity theft, and even terrorism. DHS had already voiced its opposition to a provision in the New York law that prohibits Homeland security Investigations, a division of ICE, from accessing DMV information — even if the agency is investigating serious crimes.

“Laws like New York’s greenlight law have dangerous consequences that have far reaches beyond the DMV,” DHS spokeswomen Heather Swift said Tuesday. “These types of laws make it easier for terrorists and criminals to obtain fraudulent documents and also prevent DHS investigators from accessing important records that help take down child pornography and human trafficking rings and combat everything from terrorism to drug smuggling.”

A total of 14 states allow illegal aliens to obtain driver’s licenses in the U.S.

Wolf’s memo ordered DHS agencies to assess the following: What DMV information is currently available and how is it accessed? How is the DMV information used in day-to-day operations? What are the security consequences and long-term impacts if information is limited? (RELATED: Program That Can Quickly Process And Deport Migrants Has Expanded Along The Border)

The memo also directs agencies to seek solutions for any security consequences that arise from the state laws.

“Never before in our history have we seen politicians make such rash and dangerous decisions to end all communication and cooperation with the Department of Homeland Security law enforcement,” Swift continued. “The Secretary is prepared to take every measure necessary to ensure the safety and security of the homeland and we look forward to the recommendations of our agents and officers in the field.”