Chief executive of the world’s largest tech exhibit, Gary Shapiro, defended an invite to Ivanka Trump to speak at the event amidst criticism it has overlooked women leaders in the past.

“There’s a lot of focus on jobs of the future, and certainly the keynote that I’ll be doing with Ivanka Trump will be focusing on… how industry is working with government on this very important issue,” the 63-year-old exec shared with the BBC in a piece published Sunday. (RELATED: Ivanka Turns Heads In Gorgeous Yellow Plaid Skirt Suit) 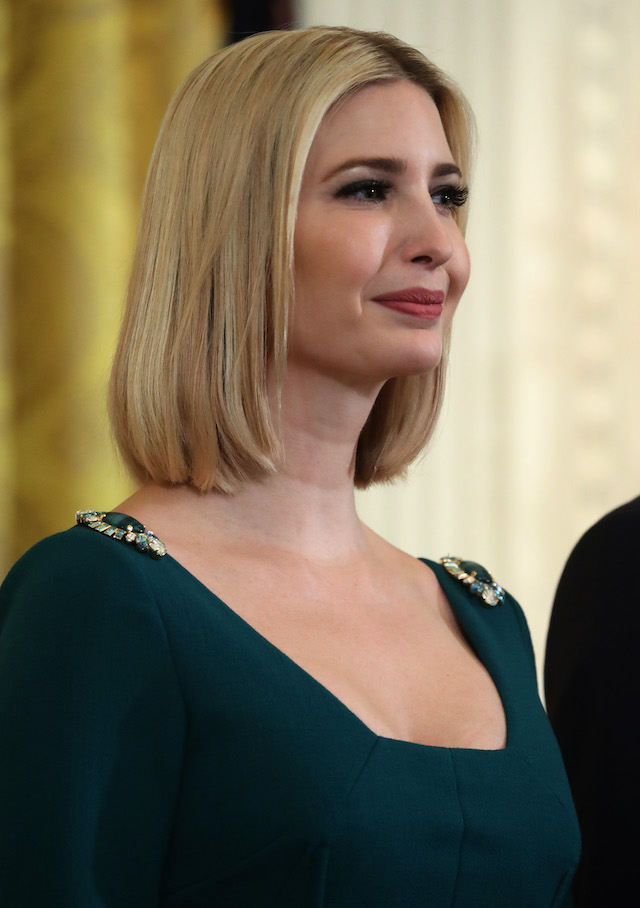 Shapiro explained that he will interview the first daughter at the tech expo, with a focus on collaboration between industry and government on topics such as people losing jobs to artificial intelligence and competing against China, per the Financial Times.

He went on to share that Trump’s role on two governmental advisory boards that deal with workforce issues makes her ideal to speak on the topic at the conference in Las Vegas this week, which is expected to attract some 170,000 people. (RELATED: Ivanka Turns Heads In Yellow And Black Floral Dress During Munich Trip)

However, he declined to comment whether the first daughter’s appearance was part of his organization’s idea or if the White House had requested the address.

Ivanka is expected to address the group as a keynote speaker on Tuesday at the three-day long event, along with other speakers such as Salesforce chairman, and co-chief executive Marc Benioff, previous Hewlett-Packard chief Meg Whitman, media mogul Jeffrey Katzenberg, and more.

The tech event, which started in 1967, has previously been accused of ignoring top female leaders in the industry, even having an all-male line-ups for keynote speakers at the event.

“There are many more women who are in tech and are entrepreneurs who could run circles around [Ivanka] Trump on how technology will impact the future of work,” Carolina Milanesi, tech analyst at consultancy Creative Strategies, wrote in a blog post.

“I don’t think I am unfair in believing that [Ivanka] Trump did not stop and think if she was the best woman for the job before accepting the invitation from the CTA,” she added.