California Republican Rep. Duncan Hunter will resign from Congress on January 13 after pleading guilty to misusing campaign funds in December.

According to Bloomberg reporter, Emma Kinery, Hunter will be resigning from Congress on January 13 just a month after he said in an interview with KUSI News, that he would plead guilty to one count of misusing campaign funds. Hunter will enter his guilty plea in a hearing in federal court in San Diego, California on Tuesday morning, according to NBC News. 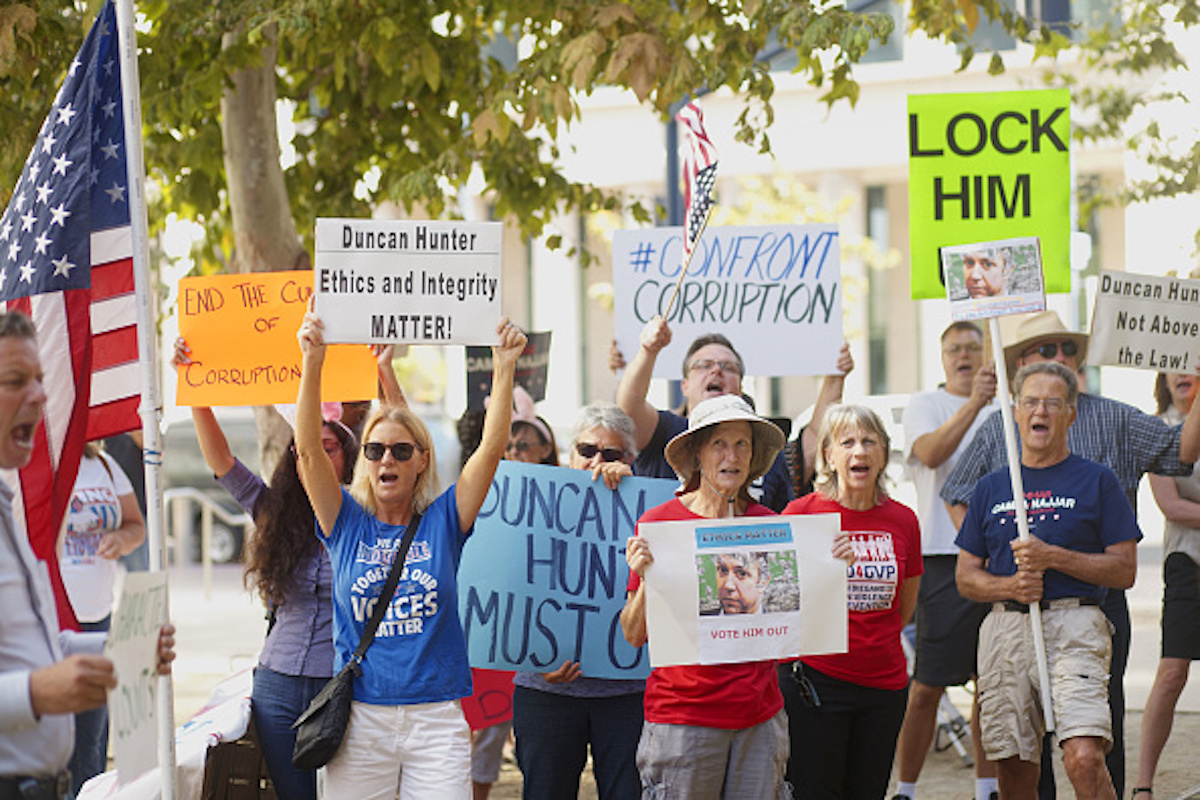 Protesters outside of the San Diego Federal Courthouse during an arraignment hearing for Congressman Duncan Hunter on Thursday, August 23, 2018 in San Diego, CA. (Photo by Sandy Huffaker/Getty Images)