Senate Majority Leader Mitch McConnell on Thursday said he will back a resolution to allow for lawmakers to dismiss the articles of impeachment against President Donald Trump before the House passes them over. 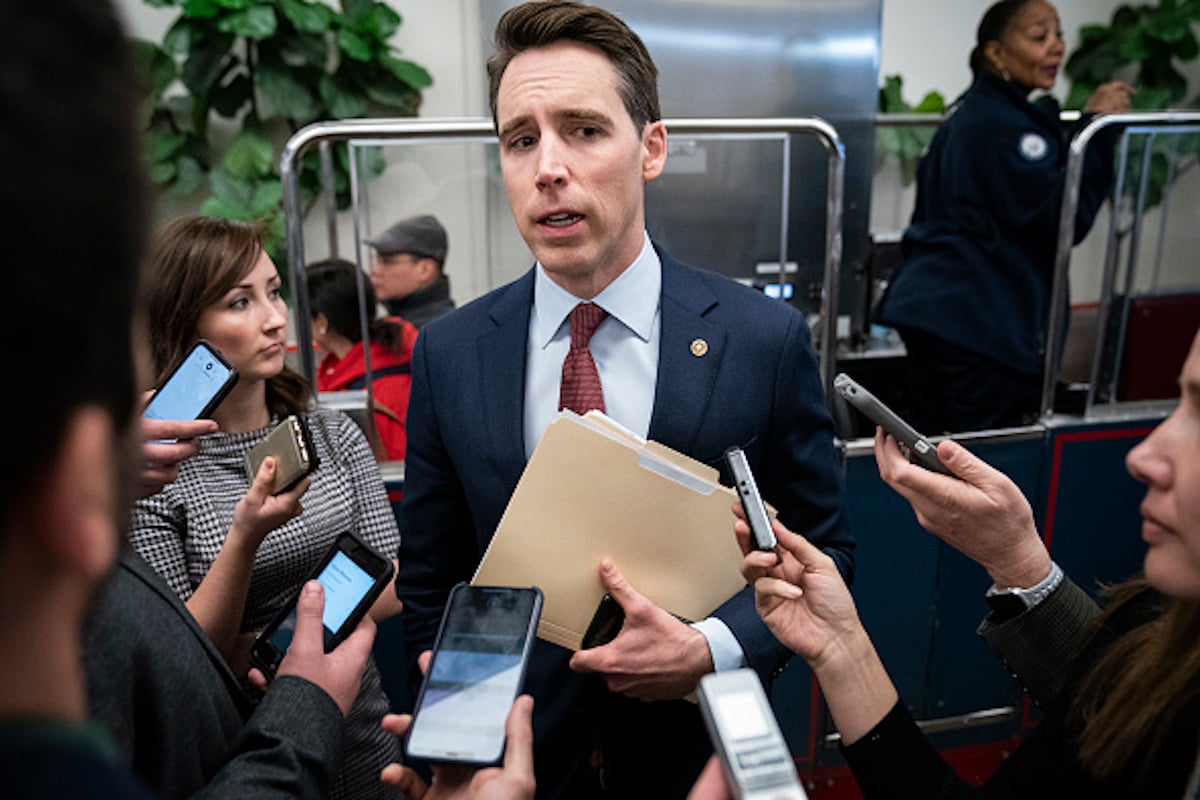 Sen. Josh Hawley (R-MO) speaks with reporters about Iran and a potential Senate impeachment trial in the Senate Subway at the U.S. Capitol January 6, 2020 in Washington, DC. (Photo by Drew Angerer/Getty Images)

“Dems said impeachment was URGENT. Now they don’t want to have a trial, because they have no evidence. In real world, if prosecution doesn’t proceed with case, it gets dismissed. So on Monday, I will introduce measure to dismiss this bogus impeachment for lack of prosecution,” Hawley said in a tweet when announcing the resolution. (RELATED: ‘They Have No Evidence’: Josh Hawley To Introduce Measure To Dismiss Articles Of Impeachment In The Senate)

In November, McConnell said that the Senate cannot dismiss the articles of impeachment against Trump. But, after reading Hawley’s resolution and seeing the delay from Speaker of the House Nancy Pelosi to send the articles to the Senate, his opinion has seemed to change. (RELATED: McConnell On Dismissal Of Trump Impeachment Articles: ‘We’ll Have To Have A Trial’)

McConnell’s office did not immediately respond for comment when asked by the Daily Caller about his support for the Hawley resolution.