Democrats’ obsession from day one to impeach President Donald J. Trump, without regard to substance or process, led them to change the grounds for impeachment every couple of months. In doing so they have gone from Russian collusion to obstruction of justice, to quid pro quo, to bribery.

House Democrats have put our constitutional government in grave danger by attempting to rewrite the carefully calibrated separation of powers under our Constitution and usurping powers not granted to the House. They have brought Alexander Hamilton’s nightmare of an entirely partisan impeachment to fruition and are making a mockery of fair proceedings.

While the Constitution does give the House broad discretion in impeachments, there are limits. The most explicit of these is that impeachment can only be for, “Treason, Bribery, or other high Crimes and Misdemeanors.” (Art. II, Sec. 4, U.S. Constitution) However, the articles for impeachment voted on by this entirely partisan Democratic Congress, which are currently being unconstitutionally withheld from the Senate, charge no such offenses. In fact, abuse of power and obstruction of Congress are not crimes of any kind, high or low. Therein lies the real reason why House Speaker Nancy Pelosi has refused to send the two articles of impeachment to the Senate. (RELATED: Pelosi Continues To Delay Articles Of Impeachment) 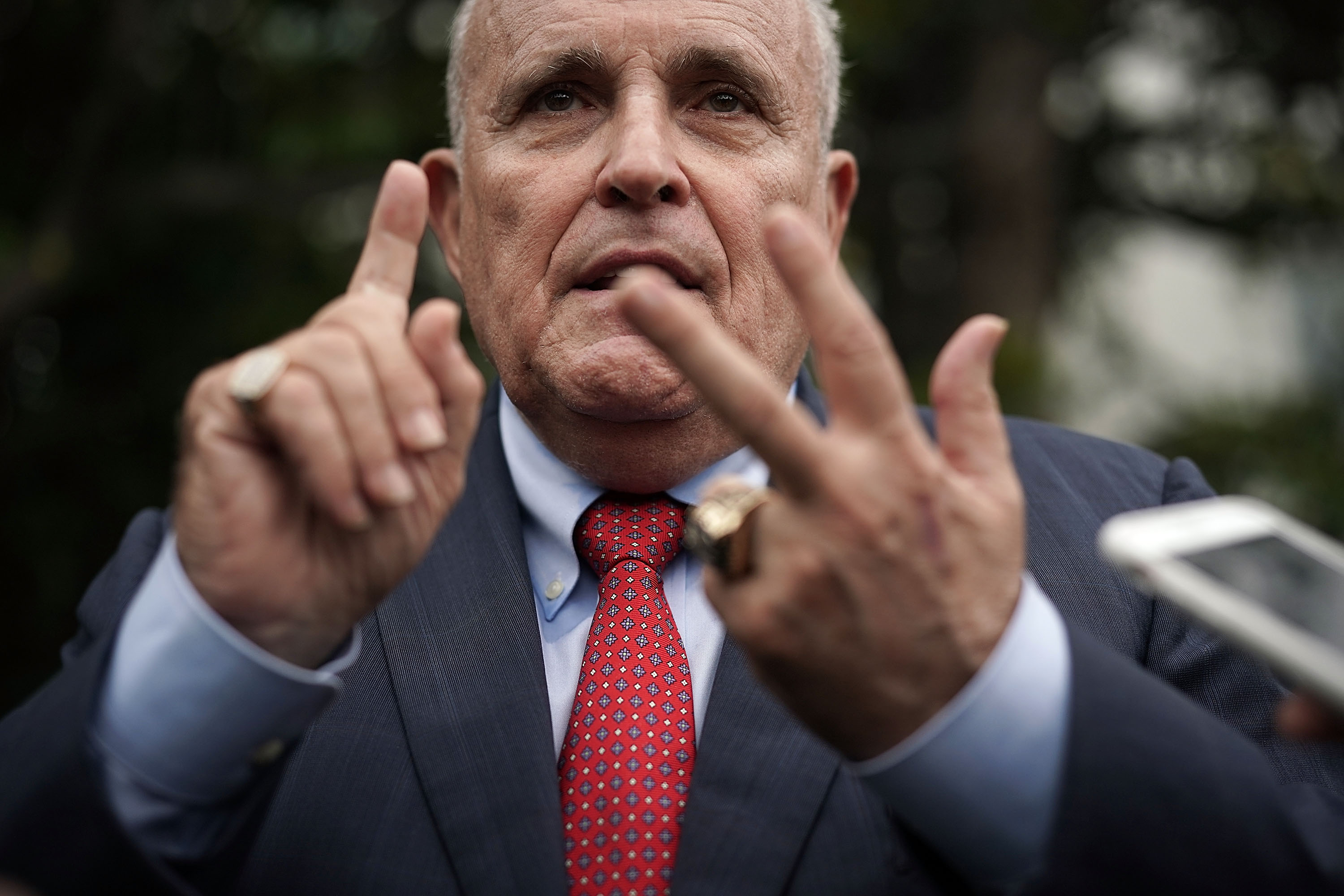 Rudy Giuliani, former New York City mayor and current lawyer for U.S. President Donald Trump, speaks to members of the media during a White House Sports and Fitness Day at the South Lawn of the White House May 30, 2018 in Washington, D.C. (Photo by Alex Wong/Getty Images)

The first article of impeachment is based on “abuse of power,” which is not a crime of any kind, high or low. The basis for this claim was Trump asking Ukrainian President Volodymyr Zelensky to investigate substantiated allegations of Ukrainians illegally supplying information to officials of the Democratic Party to, in the words of one of the Ukrainian co-conspirators, “destroy the Trump campaign.”

Trump also asked Zelensky to investigate allegations of bribery, extortion and money laundering at the highest levels of both governments, all of which are substantiated by a taped admission, four witnesses and numerous documents. These pending allegations of very serious joint American-Ukrainian corruption, not addressed and properly investigated, make it impossible to address the long-standing problem of Ukrainian corruption and how Americans are profiting from it. (RELATED: Zelensky Says He Will ‘Happily’ Investigate Ukrainian Meddling In 2016 US Election)

The “abuse of power” claim seeks to undermine the president in exercising his constitutional power and duty to conduct the foreign policy of the United States and derives from a disagreement by the House Democrats in how this administration conducted foreign policy. As laid out in Article II, Section 3 of the U.S. Constitution, the president must exercise his law-execution power to, “take Care that the Laws are faithfully executed.” The limited congressional power in this area does not include the ability to remove a president based on a partisan disagreement. If it did, this would give the House veto power over the way in which a president conducts foreign relations, which indeed it does not.

The second article, “obstruction of Congress,” is based on the executive branch challenging the validity of the numerous overlapping House hearings and a multitude of subpoenas. The challenges to these proceedings and subpoenas were based on recognized legal privileges that were being violated, as laid out by the law. 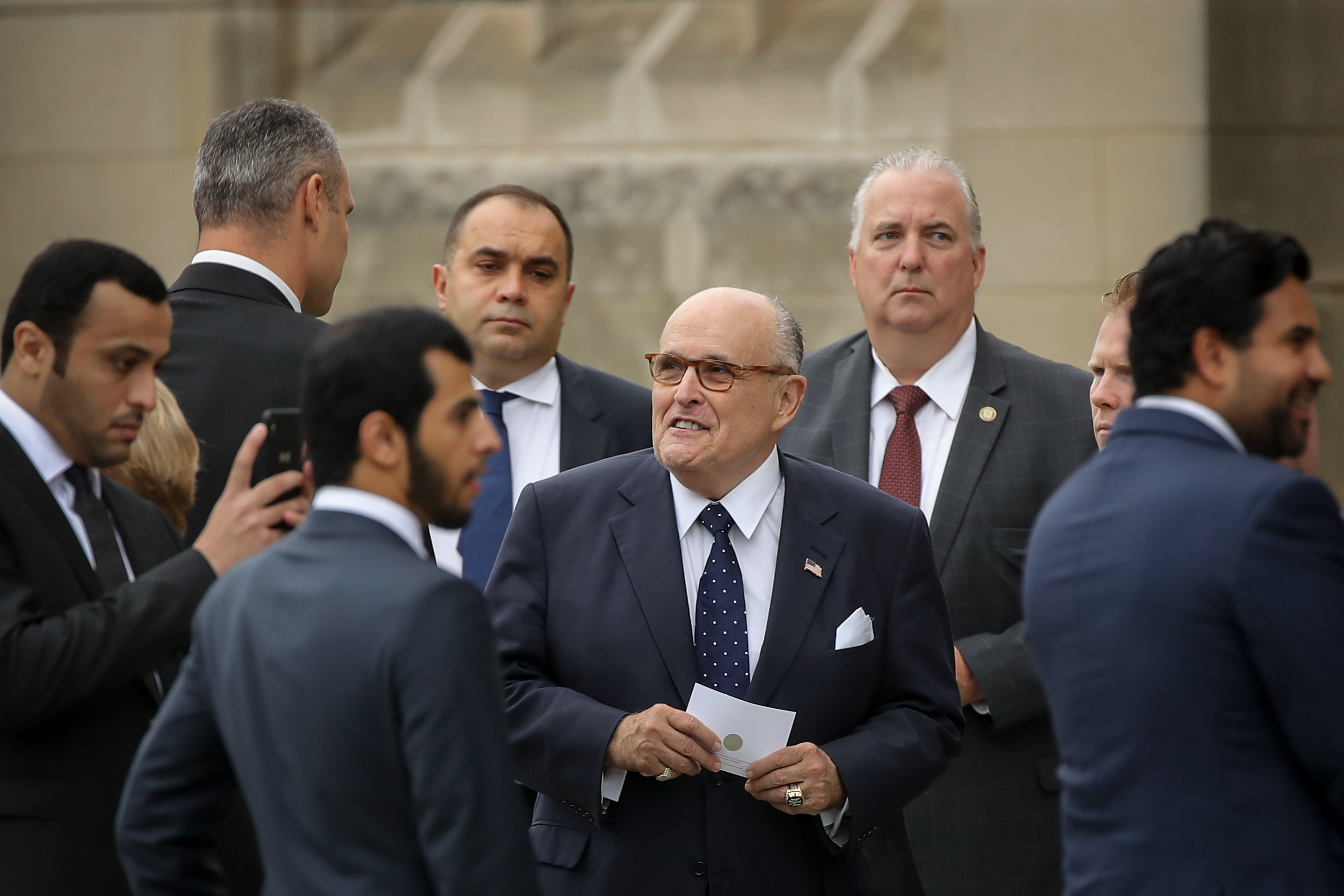 The chairmen who conducted the hearings were like a rogue judge who announced in advance Trump will be executed, but they will still grant him a trial of some kind. Their proceedings made a mockery of due process, violating almost every right granted to an accused. They threatened the president’s lawyers, including the attorney general, with contempt, arrest and criminal investigation. They even went so far as to hold secret proceedings, which they leaked selectively to a fawning press. (RELATED: Here Is The Republican Report On The Impeachment Inquiry)

Indeed, the Constitution is silent on the Supreme Court’s role in an impeachment except to provide that it is presided over by the chief justice. However, the Constitution is also silent on the court’s power to declare federal and state laws and government action unconstitutional. It was determined by former Chief Justice John Marshall that judicial review is implicit as the only logical answer to constitutional standoffs between the legislative and executive branches or between the federal and state governments. The reasoning of Marbury v. Madison certainly supports the court having the power to declare an impeachment as unconstitutional if it is an overreach of the carefully balanced separation of powers.

If this impeachment is not declared illegal it would remove the constitutional limitation of crimes on the power to impeach. It would allow the House to impeach for policy differences or political leverage. It would prevent a future president to raise any challenge to the most illegal, overbroad subpoena from any of the multitude of congressional committees and sub-committees. Congress would also create for itself a veto over a president’s conduct of foreign policy. Anytime it disagrees, it could charge abuse of power.

Although there would be an immense amount of political benefit for Trump if there were to be a lengthy Senate trial, proving the vast crimes committed by Democrats during this baseless inquiry, it would be far better for the Supreme Court to reestablish the 229-year constitutional balance between our branches of government.

Then, once again, we can be a government of laws.