A woman gained a Vatican leadership position and the president’s campaign flew a banner over Iowa on debate day, all while impeachment proceeded in Washington this week.

House managers walked articles of impeachment against President Donald Trump to the Senate Wednesday. A trial in the Senate convened Thursday. 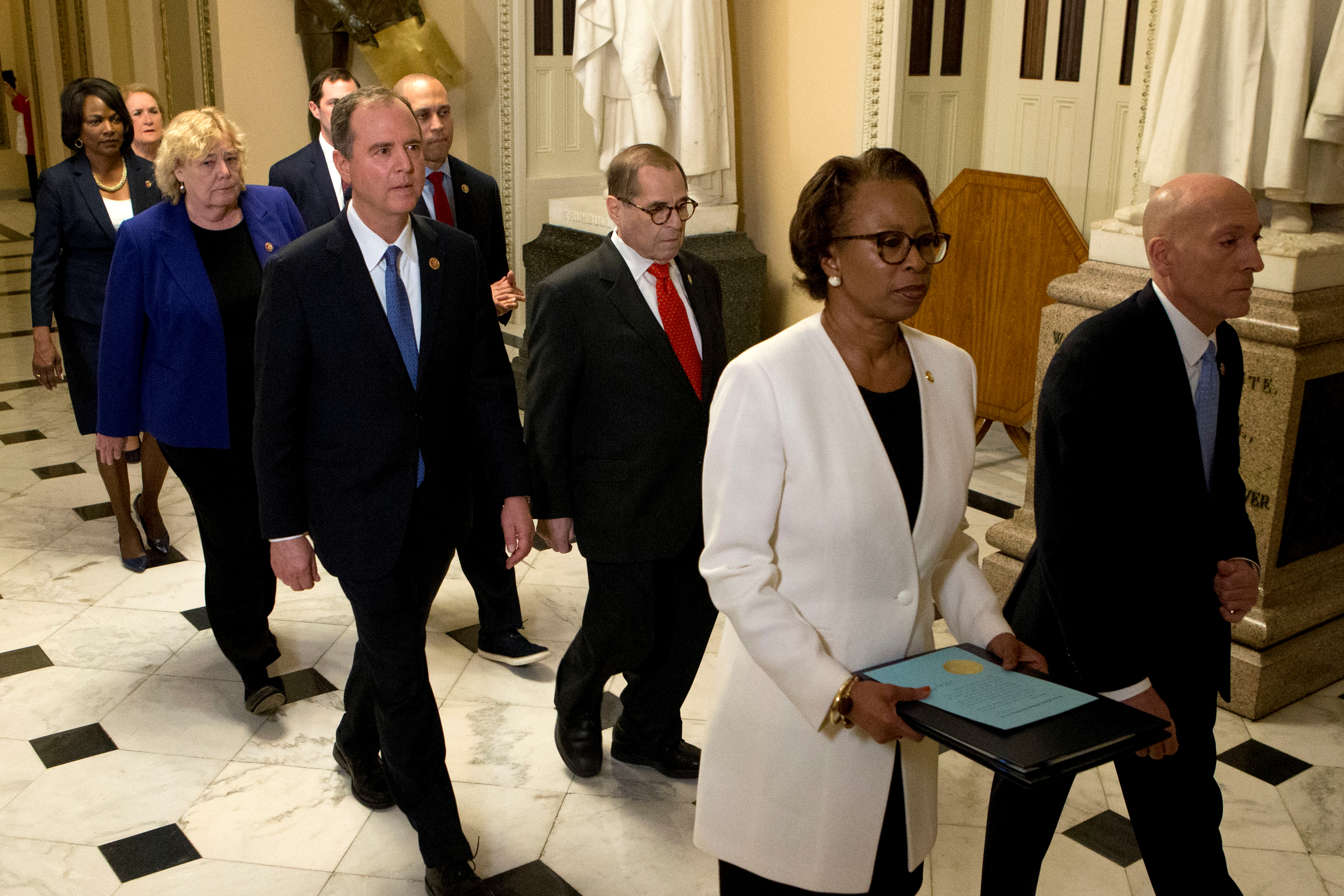 House Sergeant at Arms Paul Irving and Clerk of the House Cheryl Johnson deliver the articles of impeachment against President Donald Trump to Secretary of the Senate Julie Adams on Capitol Hill in Washington, Jan. 15, 2020. Jose Luis Magana/ Pool via REUTERS

Here are three news items that happened outside of D.C. while impeachment played out:

The head of the Catholic Church appointed a woman to a high-level diplomatic position at the Vatican. Pope Francis elevated Italian lawyer Francesca Di Giovanni, 66, to undersecretary of multilateral affairs in the Secretariat of State office Wednesday.

“It’s the first time a woman has had a managerial position in the Secretariat of State,” she told Vatican News. “The Holy Father has made an unprecedented decision, certainly, which, beyond myself personally, represents an indication of an attention towards women.” (RELATED: Publisher Refuses To Remove Pope Benedict’s Name From Bombshell Book On Priest Celibacy)

Pope Francis appoints Dr. Francesca Di Giovanni as an under-secretary at the Secretariat of State, to head up the multilateral sector.https://t.co/r7t1bQ7sVj

2. Trump’s campaign did a flyover in Iowa

A Trump ad flew over a Democratic debate venue in Des Moines, Iowa, before presidential candidates kicked off remarks Tuesday.

On the day Democrats debate in Des Moines, @realDonaldTrump’s campaign has taken to the skies.

POTUS will be in Des Moines in person for a rally on January 30th leading up to the Iowa caucuses.https://t.co/e8NBc0JgXl

Rain has fallen across most firegrounds over the last 24 hours which is great news! Our fingers are crossed that this continues over the coming days.

This morning 82 fires are still burning across New South Wales, with over 30 still yet to be contained.#NSWRFS #NSWFires pic.twitter.com/Zn6Id3TX85

“Rain has fallen across most firegrounds over the last 24 hours which is great news! Our fingers are crossed that this continues over the coming days,” the New South Wales Rural Fire Service tweeted Thursday.

Relief is here for a number of firefighters working across NSW. Although this rain won’t extinguish all fires, it will certainly go a long way towards containment. This footage was captured down at the Good Good Fire burning near Cooma. #nswrfs #nswfires pic.twitter.com/fxV9u2hN6K

Over 100 U.S. firefighters are assisting in Australia with the fires. Bushfires have killed at least 28 people since September 2019.

OPINION
1
Woman Jumps On Car During Argument. It Might Be The Craziest Thing You See All Day
Editorial
2
Billionaire Allegedly Behind A False Flag Operation In Alabama Helped Finance The Group Behind Iowa Caucus Chaos
Tech
3
District Court Judge Appointed By President Bill Clinton Resigns Following Sexual Harassment Allegations
US
4
Meghan McCain Unloads On Joy Behar For Attacking Trump While Giving Bloomberg A Pass
Politics
5
'Hey, I Pulled A Pelosi!' Things Take A Twist On 'The Five' When Jesse Watters Rips Up Donna Brazille's Papers
Media