Vincent Vallelong, the vice president of New York City’s Sergeants Benevolent Association (SBA), said the city’s police force wishes it were able to work with federal immigration authorities, but is unable to because of sanctuary policies de Blasio’s administration pushed. The SBA leader’s comments come after the NYPD was required to release an illegal alien wanted by ICE, who went on to allegedly kill a 92-year-old woman.

“We’re kind of fed up with not being able to work with ICE,” Vallelong told the Daily Caller News Foundation. “ICE is not knocking down doors and taking kids out of their house — that’s not what they’re doing.”

“They’re taking criminals off the street. But the policies of our mayor — and pretty much across the country right now — is they’re tying our hands and they’re pretty much handcuffing police,” he said. “There’s no other way to say it.” 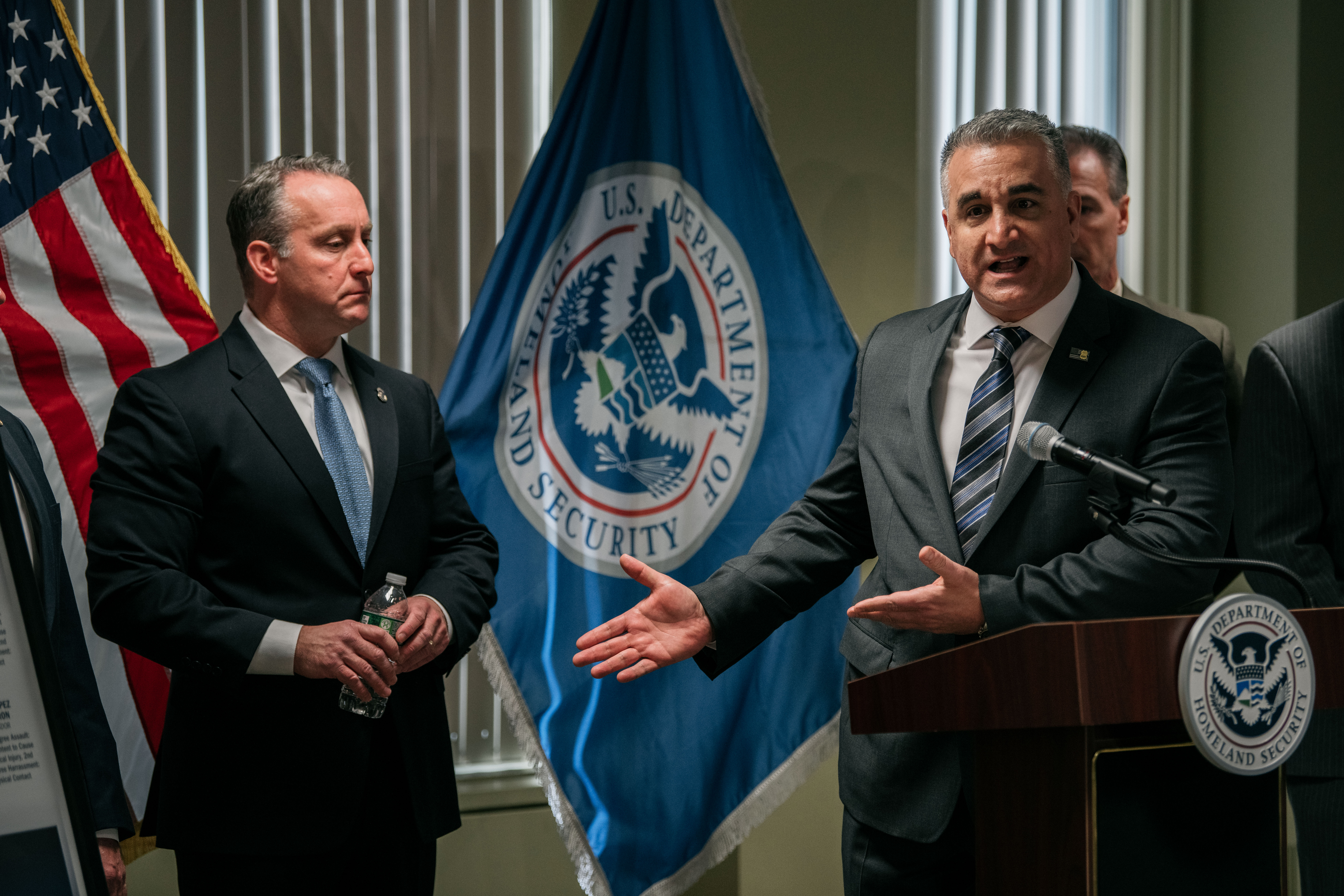 “These guys are not the enemy,” he continued and compared cooperation with ICE as similar to how cops work with officers in different jurisdictions.

“If someone got locked up in a different state and another jurisdiction is looking to pick them up, it’s extradition to a different state. So I don’t understand why it is we don’t treat this the same way,” Vallelong said. “I do understand it because of the policies of a mayor that’s pretty much out of tune with what’s going with the world.”

The NYPD arrested Reeaz Khan, a 21-year-old Guyanese national living illegally in the U.S., in November for allegedly assaulting his father. Khan allegedly struck him repeatedly with a broken ceramic mug. His immigration status caught the attention of ICE after officials placed him in custody. The agency lodged a detainer request for Khan, but like thousands of other detainer requests in 2019, the NYPD ignored it and released Khan back into the community.

Roughly two months later, authorities identified Khan from surveillance footage as the individual who attacked Maria Fuentes, a 92-year-old woman out late one night in January, prosecutors said. Footage showed both Khan and Fuentes falling out of view behind a vehicle, they said, and he does not appear again for several minutes. Fuentes was later rushed to the hospital, but died from her injuries. Prosecutors charged Khan with sexual assault and murder.

The crime shined a spotlight on NYC’s policy toward ICE. Namely, the NYPD is forbidden from honoring ICE detainers, which simply ask that police hold on to an illegal alien in their custody long enough for an agent to arrive on scene and make an apprehension, or at least notify the agency of an impending release.

Acting ICE Director Matthew Albence revealed during a press conference earlier in January that Khan’s ICE detainer was one of thousands the NYPD ignored. 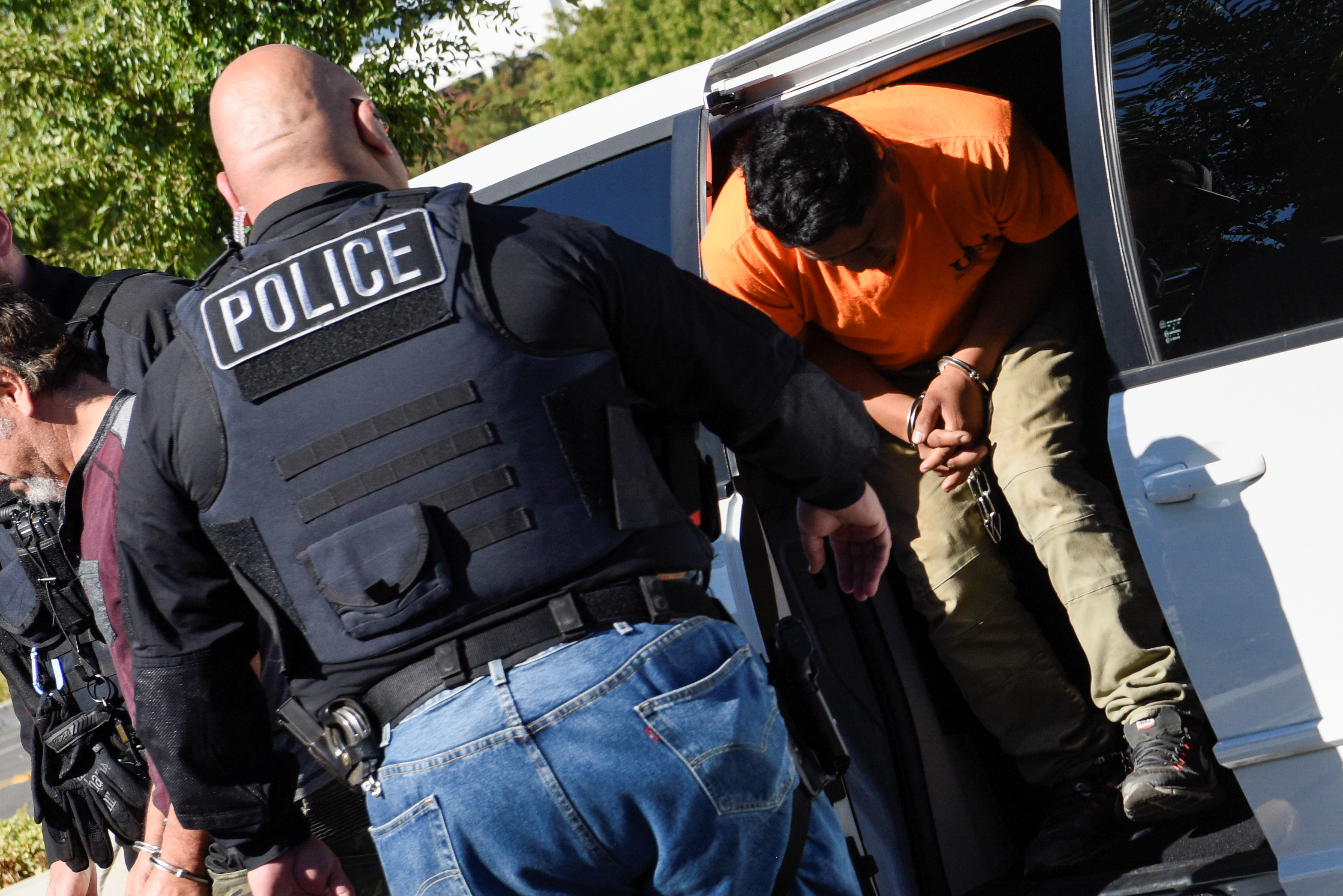 De Blasio, a Democrat, has pushed back against the criticism and has argued he is simply implementing policies that were put into place decades ago. However, Vallelong says that’s not the case.

“I have never, ever heard of basically a stand down order with contacting ICE until this man took office,” he said of the New York City mayor. “It might have been a different policy where it was a different way of going about dealing with ICE, but not where you’re not allowed to call.”

“Why would we not want to help them out?” Vallelong added.

Valleong, a lifelong law enforcement officer, has been a member of the police force for over three decades. He has been involved for nearly 20 years with the Sergeant Benevolent Association, which touts roughly 4,900 active members and represents 15,000 people. (RELATED: ‘Removed, Returned, Repatriated’: DHS Chief Issues Warning To Members Of Migrant Caravan)

As someone deeply engrained in the city’s police culture, he says officers are frustrated that they can’t help their federal partners.

“Our guys are looking to actually stop crime. That’s what we took an oath for,” he said, adding:

“So for us to lock someone up, and then we’re being told we’re not allowed to literally make a phone call to another agency that’s looking to pick this person up and take him to a different system — it’s really dumbfounding.”